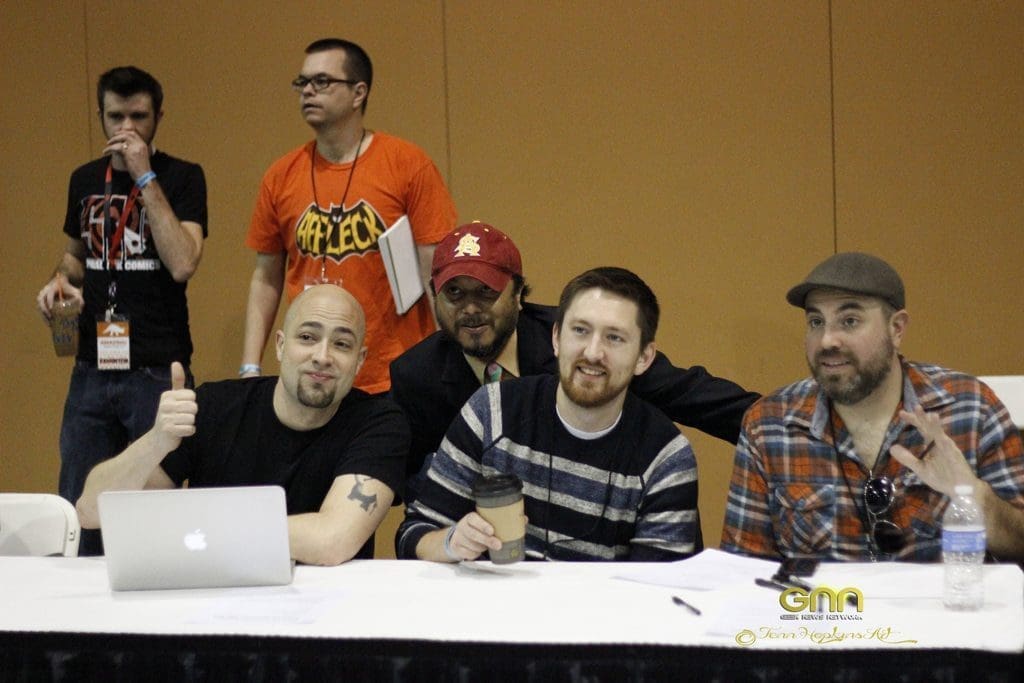 Have you ever wanted to be famous? Even just a little bit? Sure you have, everyone does once in awhile. Even if you aren’t actively seeking your fifteen minutes of fame when the opportunity comes along to take part in something bigger than yourself, you jump on it. At least I do.

When I was a kid I loved poring over the Guinness Book of World Records. I was amazed at some of the cool—and sometimes bizarre—things that people were being noted for. Sure, some things were less noteworthy than others, such as Ilker Yimenaz in Turkey, who can squirt milk out of his eye 9 feet away, or the record for hairiest teenager, held by Supatra Sasuphan in Thailand, who looks every day as though she just stepped out of makeup on the set of Teen Wolf.  These are records I have no desire to be a part of; they’re interesting, sure, but no, thank you. Isn’t there something a little cooler out there? Maybe something nerdy? As a matter of fact, there is, and I’m a part of it.

This year, at the Amazing Arizona Convention in Phoenix, a new world record for fastest comic book production by a group of creators is being attempted. Not only was I asked to be a part of the project, I had the opportunity to ask its originators a few questions. Shawn Demumbrum, Jesse Criscione, and Jimmy Jay have been mulling the idea of bringing the record to the US for two years now. Currently, the world record is held by a comic convention in the UK and a marketing firm in Argentina: 81 creators took 11 hours, 19 minutes, and 38 seconds. These guys think we can do better.

On Saturday, January 25, 2014, one hundred and one artists and twelve writers are attempting a twenty-five-page book produced in less than eleven hours. Sounds great, but why now? The man with the plan known by most as Jesse James took time out of his busy schedule to answer a few questions about the event.

Jesse James Criscione: “Shawn and I came up with the idea two years ago. I have known Jimmy for a while, and I’m one of the main sponsors for the show. I own a huge comic book store in town (Jesse James Comics), and Shawn is a publisher. It just made sense. I was a manager for Phoenix Comic-Con for two years on the comic book side and Shawn is now going on his 2nd year. We are extremely enthralled in the comic book community, and it just made sense for us to do it. We hope that people decide that they want to create comics because they see what can be done in less than a day.”

Geek News Network: What was the final count of artists and writers contributing to the project?

JJC: “We finished with 101 interior artist, one cover artist and 12 writers.”

GNN: What ended up being the final time and how much time was the current record beaten by?

GNN: What requirements had to be met for submission to the Guinness World Book as proof?

JJC: “There were a ton and we are still sifting through the requirements.  Some however were the event had to be open to the public,  It had to be filmed and stop watched. There had to be a check in book…overall it was a very intense event and we will have all the requirements sorted out this week.”

GNN: How long will verification take?

JJC: “It can take up to 6 to 8 weeks.  We are not really worried about it though. I think we need a little time off after this massive event.” GNN: Do a certain amount of copies have to be sold for the verification process?

JJC:  “Yes we have to hit 400 copies sold and they have to be verified sales, so online is our safest bet right now.  We are pretty close to hitting that goal already.”

JJC: “The proceeds are derived by the cost of the book and then the labor from the cost of the witness.  Also online fees.  The remaining proceeds are then forwarded to the charity.  However we still have all the original art as well that will go to the fund.   Shawn and I really believe in this charity and the great efforts it puts forth to help those creators in time of need.”

GNN: How did you feel about the experience and is there anything else you’d like to add?

JJC: “I just look at this and it just amazing to think that nobody knew what they had to draw or write till they sat down. The overwhelming response from creators to take time out of their busy schedule to do this event was something for the ages. Overall  we will be assessing if we attempt this again in the future. However in the end it was a ultimate tribute to the patience and strengths of the comic book creators to complete an unimaginable task.”

The unimaginable task was realized. The feet of having one hundred and one artists drawing, inking, and sometimes coloring in fifteen minute shifts given only one panel to work from and a reference drawing of the main characters. Some artists took longer than others, because it’s unlike them to put forth anything but their absolute best, while others like myself don’t sketch too fast to start with. What was my panel, you ask? “Dog leaps on two bots taking them both out. Text: Woof! EFX: SMASH!” That’s it, that’s all I got besides a visual reference of the two main characters (who were not in my panel). I began drawing a real dog until someone jumped in to tell me it was a robo-dog! I had no other reference to work from, so in effect, my panel is very plain; one robot-terrier leaping on two bots that look like they could be cousins to Rosie the Jetsons maid. I wish the guy who told me it was a robotic dog had also mentioned it was supposed to be a mastiff. Just like that, continuity issues crop up, like a nerdy version of the children’s game “telephone.” It’s also part of what makes the book a strange and funny read. If you would like to own a copy of this Guinness World Book attempt to have for your very own please purchase a copy online and help support and make this dream a reality.

If you would like to know more about Jesse James Comics or the Hero Initiative please take a look at their webpages.