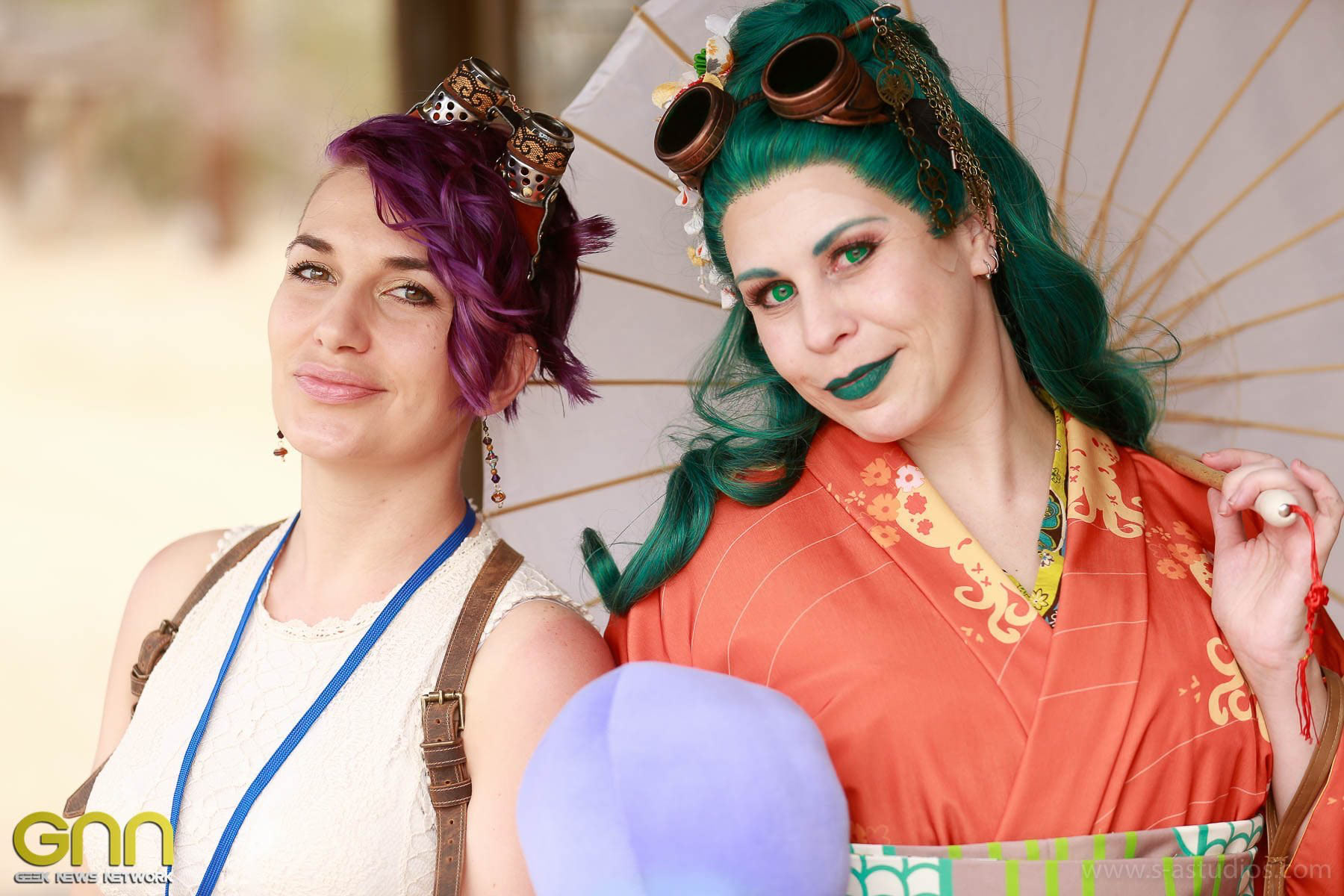 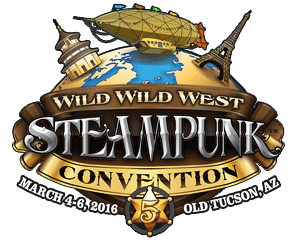 The Steampunk genre marries elements from the British Victorian and the American Wild West, with the alternative history idea that steam is the primary power source, rather than electricity. This was the fifth year that the Wild Wild West Con 2016 has taken over Old Tucson Studios to host the country’s only fully immersive Steampunk convention. You can stroll the dusty streets, hearing a variety of music drifting out of the saloons. The Old West backdrop allows for beautiful, era-appropriate photographs, videos, and live-action role-playing.

Every convention has its pros and “cons”; this one is no different, so let’s start with the downsides. The term “Steampunk” was coined in 1987, and the genre is still considered relatively new and niche. Wild Wild West Con is unable to rent out the entirety of Old Tucson for the duration of the weekend, meaning that you will find ordinary tourists wandering the streets, interfering with your suspension of disbelief. Lack of huge crowds also comes with a higher ticket price. A single Explorer day pass runs you $46, and goes up from there if you want to stay longer or be a VIP. If you’re interested in the after-hours concerts, add a few more $ signs. It adds up quickly. Expect typical convention food prices and—much like weddings—if you add the word “Steampunk” to anything, expect a higher price tag for the bric-à-brac, as well as the quality handmade products. Program errors included panels being left off the program, as well as panelists not making it to their scheduled workshops. Another unavoidable side note, even in March: Arizona is hot. If you plan on decking yourself out in shifts and gears, be prepared to sweat in it.

On the plus side, the focus of this convention is definitely on the genre. Anything goes, as long as it’s done in the spirit of Steampunk. There were make-and-take workshops where you could create your own top hats and goggles, interactive group dance classes, and conversations with musicians. The Men Who Will Not Be Blamed For Nothing and the Peculiar Pretzelmen had their audience repeatedly laughing as they discussed some of their interesting times on the road as genre musicians. Equally informative was the panel with Kato and the SteamGirls as they answered audience questions about steam fashion and modeling. These ladies are as lovely to listen to as they are to look at, and were the most vocal about their love for Wild Wild West Con.

I’ve been to four of the five WWWC’s now. Honestly, after last year, I’d been left with the feeling that momentum was lagging, that it was running out of steam if you will. But all I saw this year were smiling joyous faces. Every entertainer, panelist, and attendee I chatted with said variations of the same thing. This is one of their favorite conventions, because it’s the friendliest. Even if you’re attending one of the many courses on Villainy, they will be the nicest darn dastardly deed-doers you’ll meet this side of the Rio Grande.

After attending a panel on Steampunk LARPing (live action role-play), led by Tayliss Forge and Tobias McCurry, I finally understood what makes Steampunk stand out from ordinary nerdy conventions. Fans of Steampunk are all secretly LARPers. When you go to Phoenix Comicon, you see a LOT of cosplay. It’s cool, and sometimes fancy and really well done, but it’s still someone else’s creation, someone else’s intellectual property. The Steampunk crowd has its own imagination, they are wearing the persona, clothes, and attitude of their own creation. Sure you will find steam versions of the Winter Soldier and Boba Fett, but for the most part, it’s all home-grown imagination. And that’s what makes the Wild Wild West Convention worth attending. 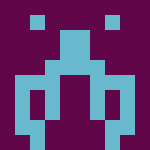