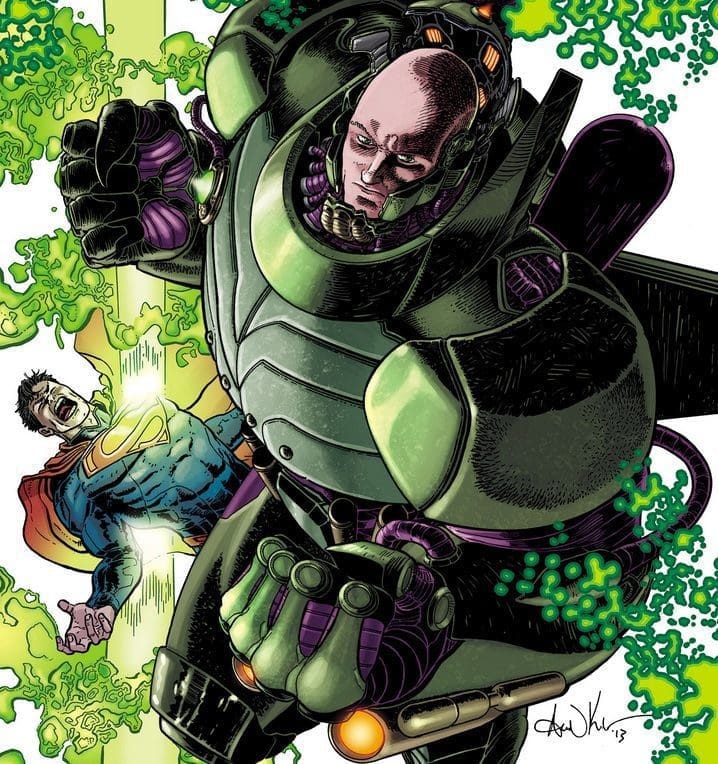 You do not need to read an origin for Lex Luthor to know that he’s a brilliant criminal mastermind and callous businessman, and mercifully, Action Comics #23.2: Lex Luthor #1 is entirely devoid of such a superfluous origin. There are no flashbacks, no scenes of a troubled childhood, and no abusive/neglectful parents that cause Lex Luthor to be the man he is. His motivations lay within the pages of this issue, which takes place in the time between Luthor’s release from jail and the helicopter ride he takes in the opening pages of Forever Evil #1. It makes no difference if this is your first Luthor story or your hundredth, you should read this.

Due in large part to the wonderful plotting of writer Charles Soule, Lex Luthor #1 achieves the same effect of an origin without detouring to reach for some empathetic side of his actions that other Villains Month titles have done with their characters. This is a straightforward narrative that allows readers to see what Luthor is capable of and the reason he is one of the most reviled villains in all of comics. Hell, his entire driving force in this issue is the fact that Superman does not show up when he is leaving jail and his solution is to launch a spaceship into outer space and kill the engines because that will surely bring out his rival to save the day. Couple this with the means he uses to go about firing his secretary and destroying one of his business rivals and it’s some top-level megalomaniacal villainy for sure.

Unfortunately Raymund Bermudez’s art is not nearly as strong as the character he is depicting. His renditions of Luthor change throughout the issue without a narrative reason to support it, particularly when his face is etched with excessive lines or deep shadows. Clearly Bermudez’s art is better suited for the issue’s action sequences, the standout being the two-page spread of Luthor in his full armor using a clone of Superman as target practice. It’s quite maniacal but it’s not even Luthor at his most threatening in this issue, not by a long shot.