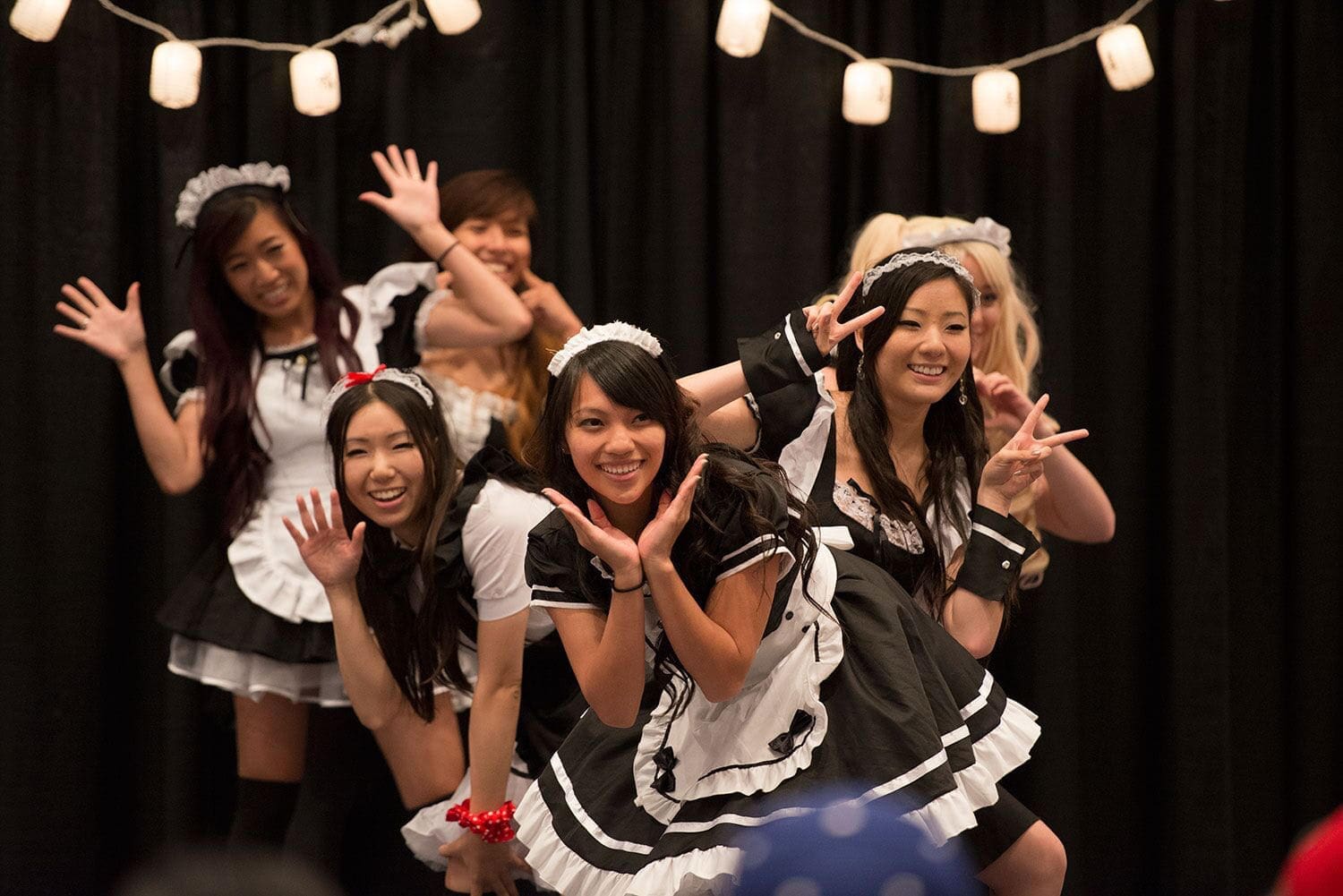 Anime Expo is more than just exhibitors and panels. Every year, they have a massive list of events from concerts to movie screenings to competitions, and Anime Expo 2017 is no different. I’ll try to cut through the schedule so far and highlight a few things that might belong on your “do not miss” list for the weekend.

Maid Cafes and Butler Cafes – I’m told these are a must-do and I’ve never been to one. The concept makes sense to me. You sit down for tea or something while adorable or sexy maids or butlers entertain you. Each day, there are four daytime shows for $25 (two maid and two butler) and four evening 18+ shows for $30 (also two of each. Food and drink are purchased separately. A highlight this year is three celebrity maids who will be in the café to serve you, Ayame, Peace, and Yuno. They’re visiting from top maid café Maidreamin in Akihabara in Tokyo. Catch them performing at the 10AM and 12:30PM shows each day. Find more information including schedules and ticket links on the maid cafe and butler cafe pages.

Late Comedy Showdown – This year is the 10th anniversary of this nerd comedy event and it’s been growing in popularity each year. There will be tryouts if you want to participate, and the final competition will be Sunday at 9PM. The competition consists of three rounds: stand up, improv, and final showdown. This is an 18+ event and tickets are $15 and $20 (buy here).

Masquerade – A staple of any pop culture convention is the masquerade, but the Anime Expo 2017 event boasts over $6,000 in prizes and will also include the World Cosplay Summit U.S. Final competition! If you like cosplay and want to see some of the best in the country perform, check it out on Sunday, July 2nd from 8PM – 10PM. Tickets range from $5-$15 and can be purchased through this page.

I’m just highlighting the three world premieres listed on the schedule so far, but the full screening schedule will include plenty of old favorites and new discoveries throughout the weekend, so keep checking the schedule as it comes out!

Cardcaptor Sakura: Clear Card Prologue – After the conflict with Eriol at the Tokyo Tower, Sakura attained the final Clow Cards: The Dark and The Light. Since then, everything’s gone back to normal––but only briefly. While Eriol has decided to move back to England, Syaoran suddenly confesses his true feeling for Sakura and tells her he is moving back to Hong Kong. What will Sakura do? Get your seat early for a chance at some exclusive giveaways! (Saturday, 4PM)

Tokyo Ghoul – This is the live-action adaptation of the popular horror anime, and you get to see it three weeks before its opening weekend in Japan on July 29th! Follow half-ghoul Ken Kaneki as he learns to cope with his new appearance and abilities. This screening is 18+ and will require a wristband to enter! Check the details and trailer on the website. (Monday, 7:30PM)

Welcome to the Ballroom – Based on the blockbuster manga by Tomo Takeuchi which has sold over 1.5 million copies, Welcome to the Ballroom follows a middle school boy entering the exciting and emotional world of ballroom dancing, competing to reach the top. The premiere showing will include appearances by directors and producers of the film, plus exclusive giveaways. Check out the trailer and details here. (Sunday, 10:30AM)

Music guests are scheduled in performances throughout the weekend. Keep checking the concerts page to see if there’s a solo appearance you want to hit. Here are some of the highlights.

Anisong World Matsuri – This is your chance to see this year’s music guests perform in a joint concert at the nearby Microsoft Theatre! There are two performances, Japan Kawaii Live on Friday, June 30th and Japan Super Live on Saturday, July 1st. They have different performers, so check the line-up to see which night your favorite is scheduled. Doors open at 5:30PM and the performance starts at 7PM both nights. Tickets are $45 for loge seating and $65 for orchestra each night (VIP tickets are already sold out).

Neon District – This is a new event this year! Experience a little bit of Tokyo’s underground night life at this electronic dance music party with performances from Taku Takahashi, R3LL, Teddyloid, and more. It will be Monday night from 8PM to 2AM in the Main Hall B, and it’s 18+ with a beer garden. General admission tickets are $40 and can be purchased through the Neon District info page.

Ms. Monochrome/Yui Horie – Come to the live performance panel for the virtual music idol! Her voice and original designer Yui Horie will also be at the panel to answer questions. This is a free panel on Sunday, July 2nd, so be sure to get in line early. Read the full announcement here.

Even after all of that, I’m still only scratching the surface of what’s happening at Anime Expo 2017. I highly encourage you to head on over to the Anime Expo website and click on the “Explore” tab up at the top to see what else is on offer this year.

Explore the rest of Anime Expo 2017

Click through to other sections of this guide for more information on different parts of the convention. Do you have any other tips or wisdom? Share them in the comments!

(Links will be added as they’re published.) 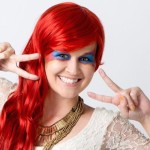 […] As amazing as these creators are, that’s only a small portion of the amazing guests Anime Expo has to come. Music plays a huge role in Anime Expo’s entertainment and something many fans come to see. Music artists such as Teddyloid, known for his recent work ME!ME!ME! And other amazing pieces. Taku Takahashi, one of Japan’s more recognizable DJs, ALI PROJECT, Angela, who have performed many musical pieces for anime series, Aqours from the multimedia project “Love Live! Sunshine!!”, Banvox; Japanese DJ/Producer, and even more musical sings, groups and artists. For more information on this year’s events, follow this… Read more »

[…] As amazing as these creators are, that’s only a small portion of the amazing guests Anime Expo has to come. Music plays a huge role in Anime Expo’s entertainment and something many fans come to see. Music artists such as Teddyloid, known for his recent work ME!ME!ME! And other amazing pieces. Taku Takahashi, one of Japan’s more recognizable DJs, ALI PROJECT, Angela, who have performed many musical pieces for anime series, Aqours from the multimedia project “Love Live! Sunshine!!”, Banvox; Japanese DJ/Producer, and even more musical sings, groups and artists. For more information on this year’s events, follow this… Read more »