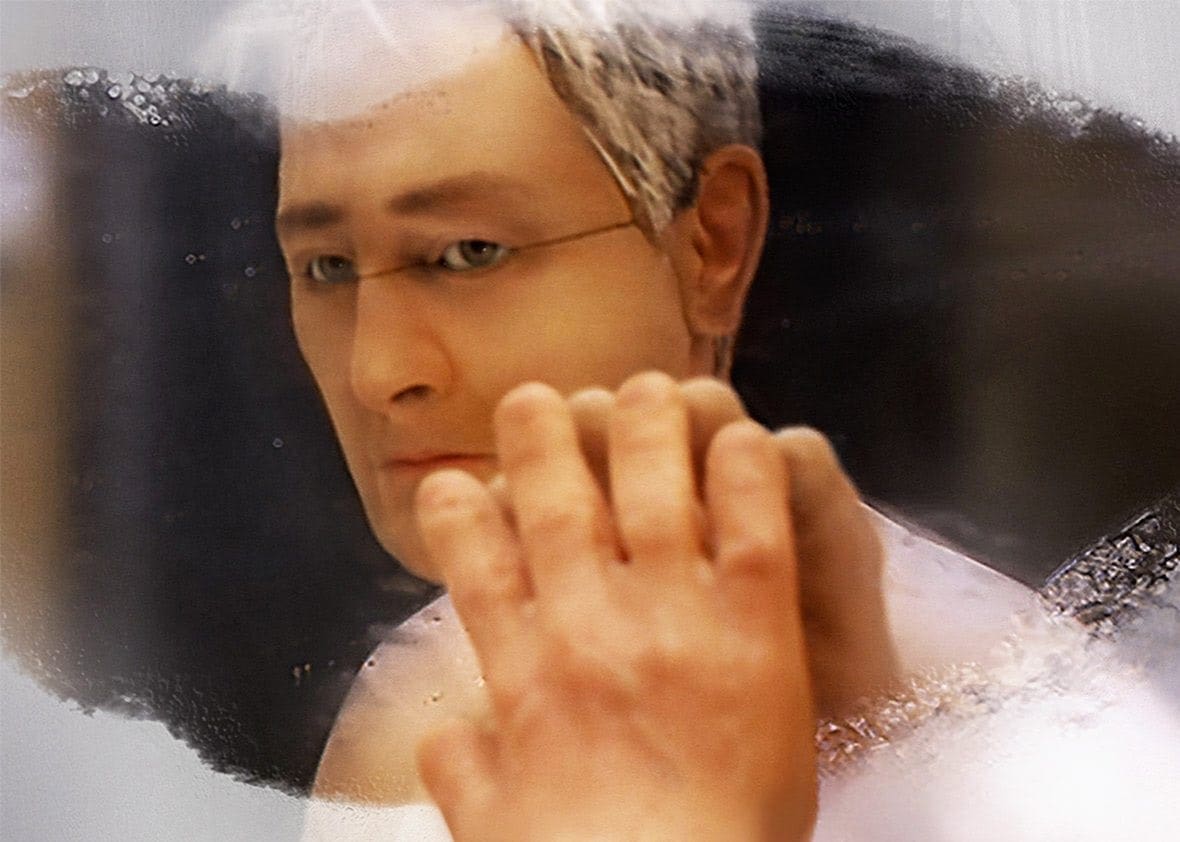 There is often something beautiful about looking at a familiar situation from a fresh perspective or at least within a unique vision.  Charlie Kaufman excels at writing stories with an abstract eye, but it comes from a place we can still see ourselves in.  A story that usually revolves around an individual and how the struggle to overcome or overcompensate for their insecurities leads to a catharsis of sorts.  It’s always intriguing to see what splendid worlds Charlie Kaufman, or Michael Gondry for that matter, come up with next.

In Anomalisa, directed by Duke Johnson and Charlie Kaufman, Michael Stone (David Thewlis) is arriving in Cincinnati from England and about to spend a quiet night alone in his hotel room preparing for a seminar the next day.  His thoughts, however, have other plans as he is constantly distracted by feelings of despair and regret.  He makes meaningful attempts to speak to friends and loved ones, but the underlying problem still remains.  Michael is not a happy man.  He befriends a woman at a bar named Lisa (Jennifer Jason Leigh), who seems different from anyone he’s met thus far and does everything he can to keep her in his life.  Fortunately for him Lisa is desperately in search of a connection herself.  Whether they are each other’s answer to their prolonged issues is hard to tell.  For now they appear to be tonight’s answer.

This movie deals with subject matter that many adults over 30 can relate.  It focuses on the inability to differentiate between fantasy and reality as the mundane routines in our daily lives cause us to seek sanctuary in whatever outlet we can manifest, should it be a spontaneous affair or just developing delusions of grandeur.  Granted these outlets are not only futile, but fleeting; and all the issues one ignores along the way continue to grow and evolve until you are forced to confront them.

The conversations between Michael Stone and the people he interacts with are the usual complimentary, courteous banter one would expect to be entertained by whenever one is travelling between hotels and airports.  In fact the only strange anomaly from our perspective is that every voice we hear sounds exactly the same.  Not just the voices, but the faces of everyone seem to have sameness to them, as if Michael has seen everyone there is to see and not one is anymore unique than the other.  The exception of course being Lisa.

This film utilizes stop-motion photography to tell its story and the device adds an interesting appeal to the familiar.  The quirky moments we exchange between strangers feels enhanced by this medium, which seems intentional in its execution.  When you experience the same routine too many times, you begin to focus on the very minute of idiosyncrasies strangers exhibit in the hopes of discerning some form of a memorable situation.  The concierge looks at you funny or the waitress gave an awkward response to my reply.  Moments you would otherwise dismiss are now a necessity to maintaining the shred of sanity you have left.

David Thewlis does an amazing job voicing Michael, the overworked, middle-aged family man travelling to escape his life and unable to find a new one.  Jennifer Jason Leigh also gives a brilliant performance as the slightly inebriated bar patron who would do anything not to embarrass herself and please Michael.  Each character has a wealth of depth and emotion provided by not just the writing but the actors.  I should also mention Tom Noonan’s recognizable smooth voice.  He provides the movie’s sameness.  It’s a bit jarring at first to hear his voice in a child or grown woman’s mouth, but eventually you don’t notice it and it’s important to the plot as you’ll learn.

Anomalisa is a triumphant, adult stop-motion film that succeeds in tackling subjects such as family abandonment, affairs, inadequacy, insecurity, self-destruction, self-indulgence, love, and lust.  The runtime could have been trimmed down greatly though.  I don’t believe this movie had to be so long to fully engage an audience.  It could have easily been a short film under 50 minutes and gotten all its points across with no trouble at all.  Sometimes it’s possible to extend the story of a short film into a 90 minute or 2 hour movie, but in this case the opposite is true.  Although short films are not as accessible or popular as feature length films, the name recognition of Charlie Kaufman would have brought Anomalisa to those who wished to see it.  With that being said, I recommend this to anyone who enjoys a mature story with playful, visual devices.  Charlie Kaufman makes his worlds stand out and yet you never have a problem diving into them.

Synopsis: A man crippled by the mundanity of his life experiences something out of the ordinary.