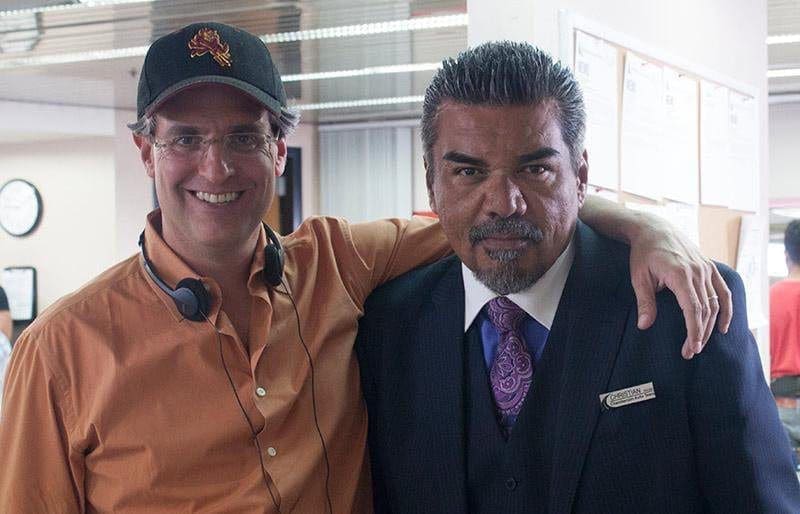 The production gave 85 ASU students and 15 recent alums the chance to learn filmmaking on an actual film set from an Oscar winning, Hollywood cast and crew. ASU Film Spark, an unprecedented program at the intersection of the entertainment industry and academia, helps ASU students and alumni in their entertainment careers while creating a better film industry, culture and society.

ABOUT “CAR DOGS”
With everything to gain, and even more to lose, Mark (Patrick J. Adams) and his brazen sales team have just eight hours to sell more cars than have ever been sold in a single day. Leading the pack is sales vet, Christian (George Lopez). He’s slick, fast talking, and conniving; able to get customers to both open their wallets and part with their better judgement. Hot on his heels is Sharon (Nia Vardalos). She’s smart and savvy, outmaneuvering the competition with her wit and charm. As the clock ticks down, their outrageous tactics step up, with each salesperson ready to do whatever it takes to be top “car dog.” But for Mark, the stakes are much more than just a paycheck.

ABOUT OF FILM SPARK
In Fall of 2009, ASU film professor Adam Collis, hosted a simple video-conference between his students and the cinematographer of The Hangover films. The students liked it so much, Collis set upon a mission to connect ASU students with the best filmmakers and executives in the world.

Since then Professor Collis has connected ASU with 4 Oscar-winners, 5 Oscar-nominees, 3 studio chiefs, the presidents of the Academy and the Directors Guild, as well as numerous blockbuster producers and award-winning directors. The program also deepens ASU connections with entertainment companies, alumni and prospective students in Southern California.

President Michael Crow and Dean Steve Tepper recognized the value of Collis’ efforts and formally established ASU Film Spark at the ASU California Center in Santa Monica with a staff of five. Turning a professor’s passion for his students into a university strategic initiative is yet another example of why U.S. News & World Report named ASU the “Most Innovative University in the Nation” two years in a row.