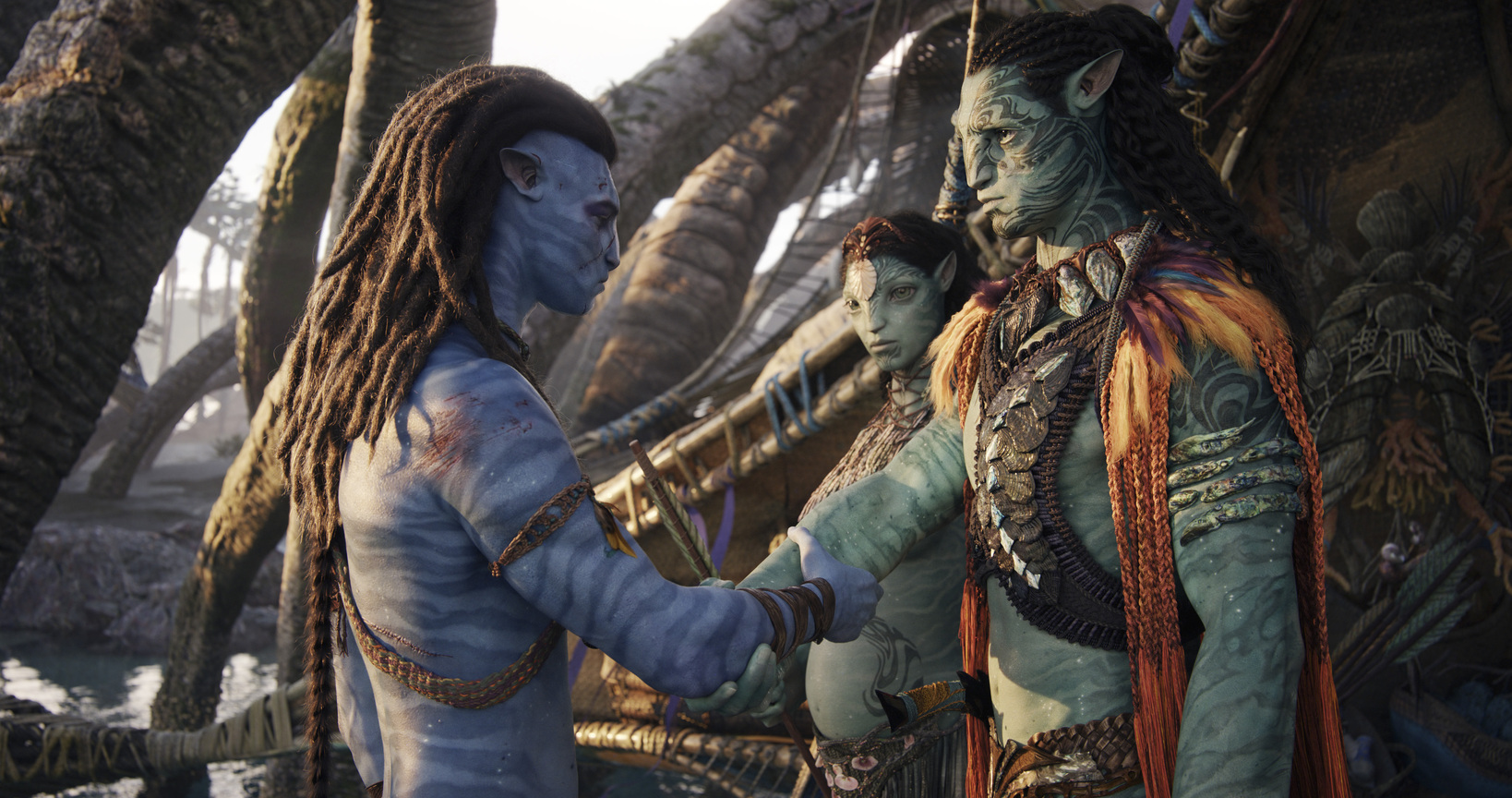 James Cameron rarely misses. He has directed two of the top three highest-grossing movies of all time, and he’s about to unleash a sequel to one of those films. Releasing a full 13 years after the original, Avatar: The Way of Water is finally arriving in theaters this week, and fans have already been buying tickets in droves. The question is, how good is The Way of Water, and how does it compare to the original film?

Avatar: The Way of Water picks up right where the first film left off. The humans are leaving Pandora in droves, while Jake Sully (Sam Worthington) starts a family with his mate, Neytiri (Zoe Saldaña). They have some children, and suddenly 14 years have passed, with the Sully family now facing a new threat to Pandora.

One of the big draws of the first Avatar was the advanced 3D technology used in the film. It came at a time when 3D was all the rage in theaters, and Avatar was one of the best films to showcase the value of 3D. But now the 3D fad has passed (again), and technology has advanced considerably over the last 13 years. So while The Way of Water is a visually impressive film, it’s not the huge leap audiences saw when the original was released, just like 4K isn’t perceived as the huge leap that 1080p was, even if it is significantly better.

Viewing the film in 3D and 48fps HFR, while still a visual marvel, that’s no longer enough. The 3D didn’t add anything of substance to the movie, and definitely felt like more of a gimmick this time around. Meanwhile, the HFR gave the TruMotion soap opera effect that so many high frame rate TVs offer these days. If you’re not already used to this look, you’ll get used to it fairly quickly, but it still feels like just another gimmick.

Technological tricks aside, Avatar: The Way of Water has a solid plot. Similar to how the first film felt like a carbon copy of Fern Gully or Dances with Wolves, The Way of Water doesn’t offer anything particularly unique. These days it’s difficult to find a unique story, especially with such a massive budget at play, but people don’t see Avatar movies for the story. Audiences come out to the theaters to be engrossed in the splendor of Pandora and all that moon has to offer, and in that regard, The Way of Water does not disappoint.

James Cameron spends a whopping 3 hours and 12 minutes in the world of Pandora. With such a long runtime, it means Cameron is free to add in almost any details he wants. In some cases, the movie feels more like a TV series. When you’re restricted to 120 minutes, some details get left out in favor of pacing. However, in a TV series, you have plenty of time to flesh out all those little details without such fears. Cameron does just that in The Way of Water. He explores the sea tribes and oceans of Pandora in great detail, but is it worth the extra runtime?

There were definitely multiple times during the 192 minutes of Avatar 2 in which you’re left wondering just how long we’re going to be looking at whales (known as Tulkun on Pandora). The added details are nice, and people looking to become fully engrossed in Pandora again may eat these scenes up. But from the perspective of a more traditional moviegoer, Cameron could have easily dropped 30 minutes or more without having any significant impact on the plot.

All that said, The Way of Water truly makes the audience feel as though they’re living in the world of Pandora, and the fantastic acting and visual effects certainly help with this. It’s not difficult to argue these are some of the best performances of Sam Worthington and Stephen Lang’s careers. It was also nice to see the talented Edie Falco get in on the fun, even if her General Ardmore character looks to have a much larger role in future films compared to her limited time in The Way of Water.

As someone who didn’t think the original Avatar was all that, it’s safe to say The Way of Water is an improvement. It’s still not the greatest film ever made, and the three-hour runtime is certainly taxing, but we’re not here to argue with Avatar fans. If you enjoyed the first movie, there’s an extremely good chance you’ll like The Way of Water as well. Although it lacks some of the magic of the first time experiencing this world, The Way of Water is a superior film to the first Avatar. Luckily there’s only a two-year wait for Avatar 3.

About Avatar: The Way of Water

Synopsis: Jake Sully lives with his newfound family formed on the extrasolar moon, Pandora. Once a familiar threat returns to finish what was previously started, Jake must work with Neytiri and the army of the Na’vi race to protect their home.