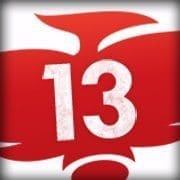 Phoenix Comicon is proud to begin our guest announcements for 2013 with the creator J. Michael Straczynski and principal cast members of Babylon 5.

“We couldn’t be more excited to have Mr. Straczynski and the rest of the cast joining us this year. Babylon 5 was truly a groundbreaking show that paved the way for so many other sci-fi shows.” Says Convention Director Matt Solberg

Guests from the cast will include:

Bill Mumy, also remembered for his role as young Will Robinson on Lost In space.

Babylon 5 ran for five seasons and includes six made for TV movies. It won multiple awards including: an Emmy for Special Visual Effects and two Hugo awards for Best Dramatic Presentation. Known for being groundbreaking, it was the first TV show to use CGI effects.

There will be many more guest announcements over the coming weeks. To get up to date information as it is released you can follow us at https://www.facebook.com/phoenixcomicon.

This is very old