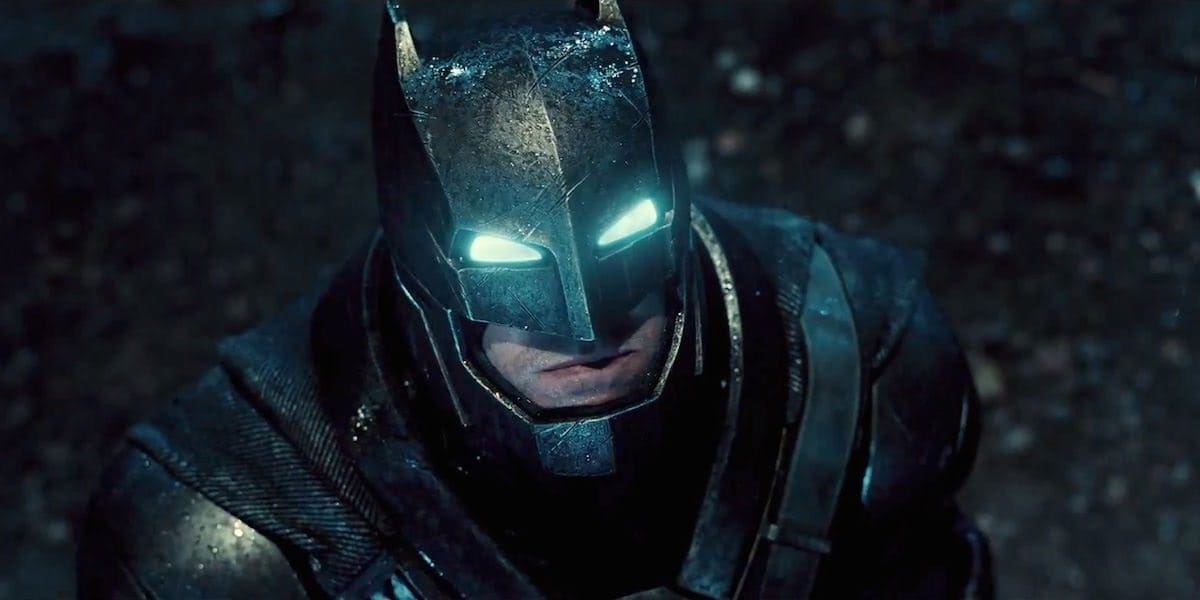 At this point superhero films are releasing almost every other month. Deadpool released last month, and over the next few months we’ll see Captain America: Civil War and X-Men: Apocalypse in May, Suicide Squad in August and Doctor Strange in November. Marvel is clearly leading the way when it comes to the superhero film genre, but Warner Brothers has been trying to get a piece of that very lucrative pie with various DC comics films. Unfortunately, the results haven’t been as well-received as Marvel’s films and that trend continues with Batman v. Superman: Dawn of Justice.

Before we get into the details of what makes the film a bit lackluster, it should be stated that it feels a lot like Man of Steel. If you enjoyed Man of Steel, there’s a very good chance you will enjoy Batman v. Superman. I thought Man of Steel was average, but forgettable, with Batman v. Superman coming in only slightly better.

As far as a spectacle film goes, Batman v. Superman has everything you need. It’s light on story but heavy on action, so if it’s action you seek, all of that is here. In fact, director Zack Snyder went as far as to add various action sequences that are dreams or visions so that he could have Superman and Batman doing things that most comic book fans would rage over (much like what happened when Superman dealt with Zod at the end of Man of Steel). Unfortunately, as crazy as some of these sequences are, they don’t do much to further the story, and in some cases don’t make any sense… at all.

For those worried about Ben Affleck’s portrayal of the Dark Knight, fear not as he turns in a job equal to most of the better Batman performances we’ve seen in the past. It’s unlikely Affleck will end up being the best Batman, but he does a solid job and Zack Snyder gives him a lot of cool things to do that previous Batman directors shied away from. Batman’s fight scenes are definitely some of the best in the film, even if we don’t get to see a full array of gadgets like you might in a standalone Batman movie.

Henry Cavill returns as Superman and his performance as the Caped Crusader is on par with what we saw in Man of Steel. However, this time around Snyder tried to make Superman more human. This involves multiple sequences between Superman and Lois Lane (Amy Adams) that bring the movie to a screeching halt. It probably wouldn’t be a bad thing to see the relationship between Superman and Lois explored a bit more on the big screen, but the scenes were poorly timed in Batman v. Superman and did more to take away from the film rather than add to it.

Joining Superman and Batman are Jesse Eisenberg as Lex Luthor and Gal Gadot as Wonder Woman. Eisenberg has had some phenomenal performances throughout his career, and it feels as though he gave Zack Snyder exactly what he asked for with Lex Luthor. Unfortunately, this is not the Lex Luthor comic book fans wanted.

To be fair, this isn’t “the” Lex Luthor, it’s his son Alexander Luthor, Jr. Given the fact that Lex’s son mainly appears in alternate universes in the comics, this gave Snyder some freedom with the character. This version of Lex feels very young and childish, while still being a genius and possibly insane. He simply doesn’t come off as evil, instead he almost seems autistic or simply not all there. He’s not fearsome, he’s just there to be the villain with nothing to really establish why he should be feared. Even by the end of the film, after he’s done a lot of bad things, he still doesn’t come off as someone to be feared.

Wonder Woman is a nice addition to the film and has a few great scenes, but they all come in the final climactic battle, and you’ve probably seen the best scenes in the trailers already. In fact that holds true for most of the best scenes in the film, as many were shown off in multiple trailers. There’s a nice nod to the upcoming Wonder Woman film (which takes place decades before Batman v. Superman), but otherwise she isn’t used very much throughout the movie.

If you’ve been paying attention to the media, there are several confirmed cameos in the film. While I won’t spoil them here, I will say that these cameos were poorly done. When Marvel tosses in treats for upcoming films, it’s well-integrated into the movie or it’s a post-credits scene. The big cameos in Batman v. Superman stop the main story to tell the audience something that has no real context in the film. Given the magnitude of the cameos Snyder and crew could’ve done a much better job, and with no post-credits scene in the movie you have to wonder why Snyder forced the cameos into the middle of the film instead of giving fans a treat after the credits.

When it comes to raw action, Batman v. Superman performs well. We’ve seen better action in The Avengers and Winter Soldier, but both of those films set a very high bar so. Unfortunately, Batman v. Superman falls apart in almost every other aspect. The story tries to bring a certain gravity to Superman being on Earth, and simply fails to follow through. Alfred (Jeremy Irons) is the only real voice of reason in the movie but Batman usually just ignores him, and the pacing of the film is off-balance with cameos, romance and random lucid dreams cropping up at odd points.

Batman v. Superman: Dawn of Justice is not a terrible film, but Warner Brothers and DC still have a long way to go before they can compete with some of Marvel’s best movies. Even Fox has done better with the X-Men series and more recently, Deadpool. If Zack Snyder continues to lead the way for the Warner Brothers superhero films, they will never catch up to Marvel. Luckily David Ayer is handling Suicide Squad, which now has a good chance of completely outshining all of the Zach Snyder offerings in the DC universe.

Synopsis: Fearing the actions of Superman are left unchecked, Batman takes on the man of steel, while the world wrestles with what kind of a hero it really needs. With Batman and Superman fighting each other, a new threat, Doomsday, is created by Lex Luthor. It’s up to Superman and Batman to set aside their differences along with Wonder Woman to stop Lex Luthor and Doomsday from destroying Metropolis.