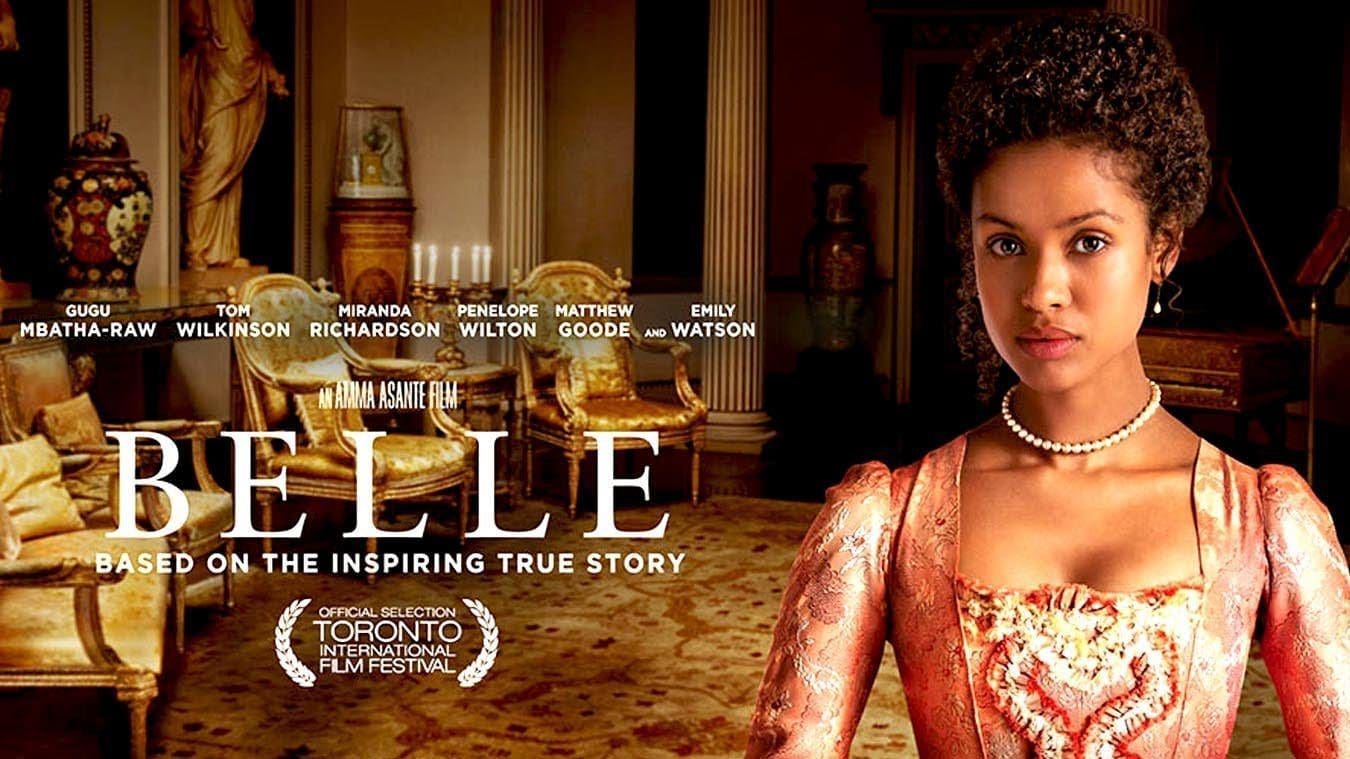 There have been a multitude of movies set in the time of slavery, both in the US and abroad. Many of these movies are based on true stories, much like 12 Years A Slave. However, when you compare an award-winning film such as 12 Years A Slave to a film like Belle, the subject matter is similar, but the moves have completely different vibes that garner opposite emotional responses.

While the general subject matter of Belle is based on true events, much of the story had to be created from nothing. The general basis of the film is a painting that currently hangs at Scone Palace in Scotland. It is the first known painting in which a black subject is on an equal eye-line with a white aristocrat. This, as well as a few additional bits of evidence that the titular character was raised at the Kenwood House, are the only facts that the story of the film was based on.

Belle takes place in the United Kingdom and centers around the illegitimate mixed-race daughter of a Royal Navy Admiral who is brought to her relatives estate and raised as an aristocrat. Despite being raised among the nobles of the land, she is still punished for her race. She’s not allowed to dine with her family, and when guests come to pay a visit, they are appalled to see the child of color in such graces.

While 12 Years A Slave is the story of a free man who is wrongfully enslaved, Belle is essentially the story of a free and aristocratic woman who is a enslaved by the color of her skin. Dido Elizabeth Belle (Gugu Mbatha-Raw) is raised with her Caucasian cousin, Elizabeth Murray (Sarah Gadon). The two grow up together and treat each other like sisters, but when it’s time to come out and find a quality suitor, the shame and pride of the family are thrown into turmoil.

The acting in Belle is top-notch. You feel the emotion of every single character depicted in the film, from Lord Mansfield’s (Tom Wilkinson) desire to treat his niece with honor and respect, to James Ashford’s (Tom Felton) complete disdain for Dido. Unlike 12 Years A Slave, in which the viewer struggles to determine what emotions to feel while witnessing the atrocious historical acts of colonial America, Belle allows you to channel your emotions through each and every character.

You may not want to feel the social responsibility of Lady Ashford (Miranda Richardson) trying to find a bride for her penniless son, but you do. You care what happens to these characters, good or bad. Even the underlying story of the murder of slaves aboard a transport ship plays into the emotional journey of the viewer throughout the film. Every single actor and actress in this film plays their role to perfection. It’s difficult to imagine anyone else playing their parts, including Sam Reid’s portrayal of John Davinier. Reid was not the first actor cast to play the role, as that honor fell to Sam Claflin who had to give up the role when the filming dates clashed with The Hunger Games: Catching Fire.

While some audiences may have felt uncomfortable watching movies such as 12 Years A Slave, Belle offers a far more relaxing tale. The subject matter is similar, but the events, location, and superb acting make Belle a far more enjoyable experience. Not to say that 12 Years A Slave was bad (it wasn’t), it’s simply a difficult film to stomach for many audiences. The only minor gripe with Belle is that it plays almost a bit too perfect. As the story unfolds, the audience is rarely surprised. Even when a clear twist occurs, it’s par for the course with modern filmmaking. Still, Belle was a delightful and enjoyable experience that was both educational and uplifting.

Synopsis: An illegitimate mixed race daughter of a Royal Navy Admiral is raised by her aristocratic great-uncle.

ok..was curious because I’ve known about this movie for a little while and never seen this movie promoted on the page before…. I am a history buff so I am gonna check this one out.

Has anyone read the plot to this movie? I went on IMDB to check it out and after reading the plot summary, was wondering what this movie has to do with anything considered to be Geek Culture?