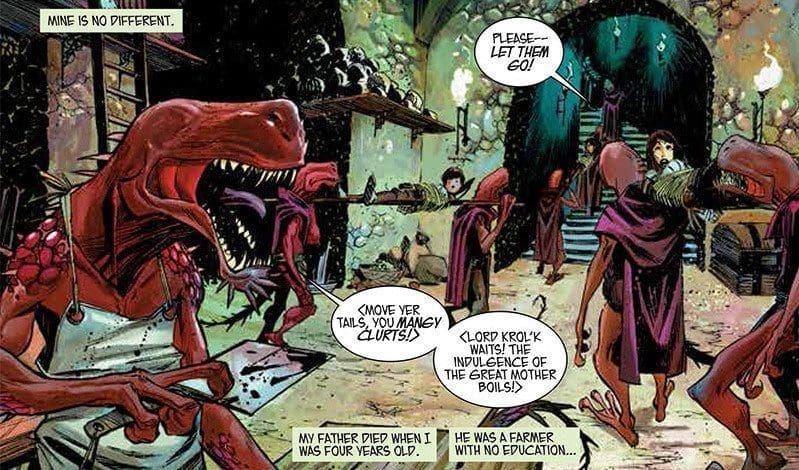 In this return issue, the mystery of the onion’s truth is peeled back the deeper the team travels while the mythology of the Eververse unveils new revelations and dangers. The characters are hurled into a seemingly alien world that holds the key to their true purpose. And the line between magic and science is blurred.

“The second arc is another hard turn in the story, with a new status quo established and an all new challenge for the Anarchist League of Scientists,” said Remender. “The fun here is shaking up the character dynamics and forcing people  to put their lives on the line for people they don’t necessarily like. We’re going to stay on one world this arc, one world that will reveal the deeper meaning of the onion and the Everversal significance of The Pillar. Oh, and chases. And action. And betrayal. And ghost parasites. And telepathic millipedes. And vampire dragons that ride fish-horses.”

Now is the perfect time to join the pulp science fiction adventure that pays homage to Heinlein and Asimov and captivates with thrill-inducing artwork that leaps from the page.