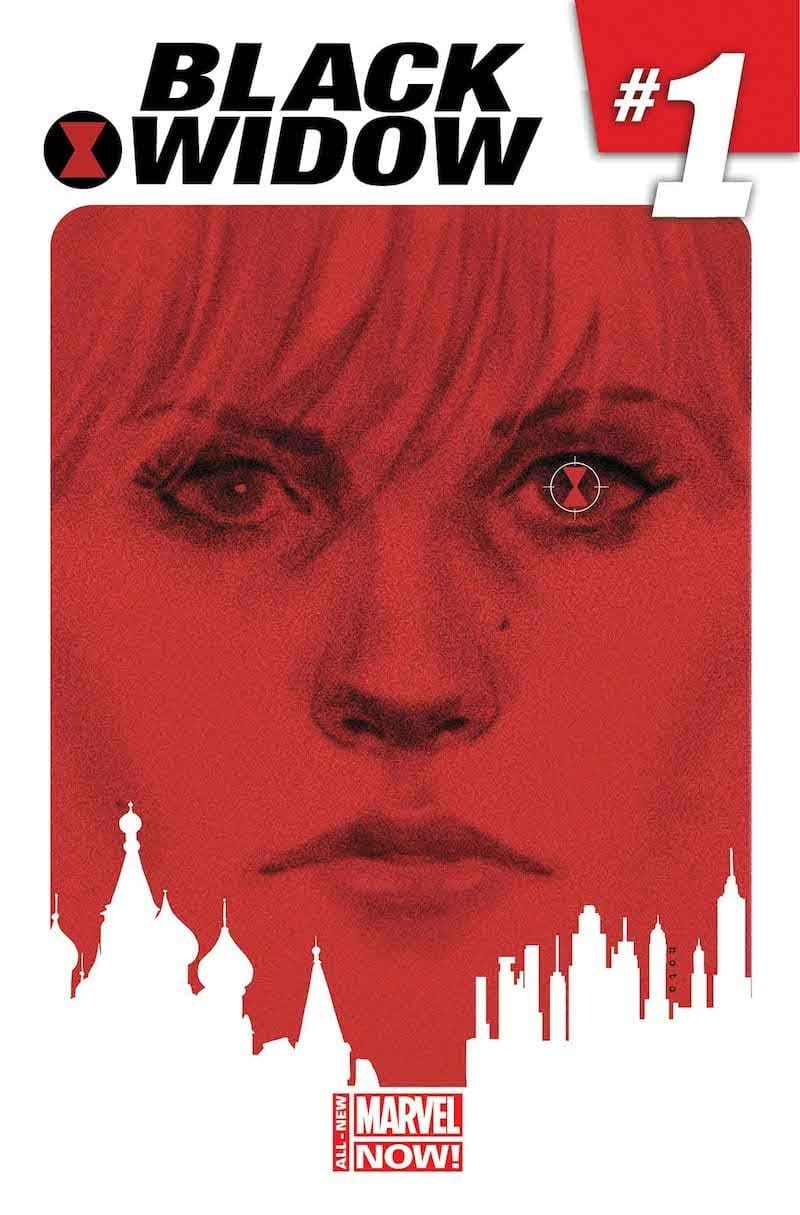 The All-New Marvel NOW! initiative has arrived, and with it, Marvel is restarting most of its line of books to a more reader-appealing issue #1, and launching a slew of new titles as well to take the place of those lost to the restructuring. One standout of this campaign is that Marvel is poised to have a strong lineup of female-lead books, and the first title out of the gate is arguably its most prolific:  Black Widow #1. It’s a character that general audiences are already familiar with thanks to the Marvel line of films while comic readers have been digging her exploits since the 1960s. Nathan Edmonson does little to deviate from expectations, and as a result, this Black Widow is entirely what we expect of the character. Marvel took a gamble to even put out a Black Widow-lead title, so it’s partly a disappointment that this first issue isn’t equally as risky.

There is a clever exchange in the opening sequence of Black Widow #1 that feels like it might drastically change the compound of the character, but Edmonson doesn’t pull the trigger. Natasha Romanoff is who we know her to be—an assassin-for-hire still atoning for the sins of her past—and what she does she does well. Likewise, Edmonson handles the espionage and action of the book fairly decently, and if for some reason a reader doesn’t have the faintest clue about the inner workings of the character, his dialogue acts as an information depot. Widow’s working relationship with her financial advisor Isaiah offers an intriguing intermission between the action; the fact that she uses him to insure she’s not making money from her jobs is a deft touch. From there, though, it’s all the butt-kicking, fluid acrobatics, and shooting nameless thugs expected of the character, and the end of the issue doesn’t offer much in terms of a through line for the series in the coming issues. I can imagine more killing is in order, though.

Phil Noto’s picture-esque art is the main draw to this title, there’s no doubt about that. His renderings in Black Widow #1 are more like sketches, with characters often surrounded in white, unfinished lines that lend such a unique look to the title overall. It’s worth owning this inaugural issue in print for the art alone. Noto’s colors, on the other hand, are not doing his art any favors whatsoever. Muted tones dominate the issue throughout, leaving later sequences in a Dubai hotel washed out due an overuse of sepia colors. Skin colors often match backgrounds and the characters—especially Widow with her auburn hair and pale complexion–get lost among the panels during the heavier action sequences.

Give Black Widow #1 a shot, if not just for the Phil Noto art, but to get a straight-up Black Widow-centric book. It’s not a brand-new side to the character or a different angle being explored, it’s just what’s expected.