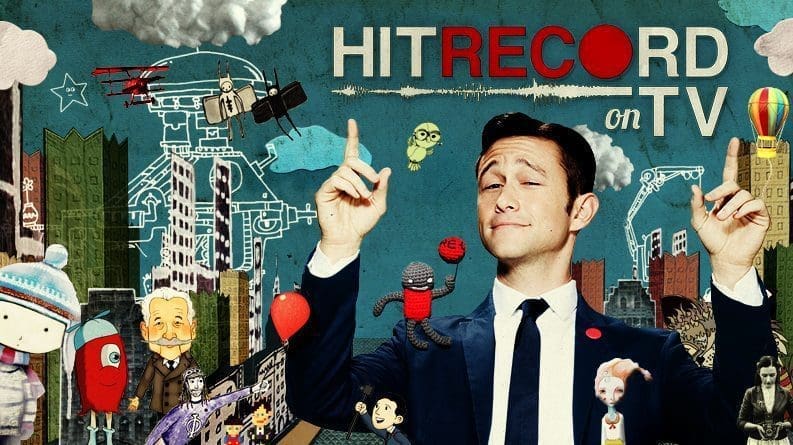 This is the welcoming motto from the creator, director, and host of the new variety series Joseph Gordon-Levitt. Going into this viewing knowing nothing of the project, I found myself rather intrigued by the idea around it. Take music, art, stories and comments from thousands of people and combine them into one short film, animated short, or song. What started at first to be all over the place, quickly found its center and was in every way truthful to the show’s selling point.

Hosting the show in a number of places (on stage, walking around on the street) is JGL, charismatic as ever. All of the shorts fit into the episodes theme, the premiere theme being “re: The Number One”. Comments from collaborators describing their first kiss, child’s first steps and the like. The first short film we were shown was about one collaborator’s first view of the stars. Taking her story, artwork from others, actors on a blue screen, voice over work from a user from Scotland, and making a short that was moving. I would scoff at anyone who came away from it dry eyed.

Closing the episode with a song that was written and sung by hundreds of people from all over the world, JGL proved his vast talent by writing the lyrics, playing the piano and singing, along with two other contributors on stage, while the video showed us users joining in with vocals, violin, recorders. At one point there was even a unicycle. After seeing 22 minutes of pure teamwork from thousands of people from all corners of the globe, I am still trying to wrap my head around how it all works, but it works perfectly. I would highly recommend you not only watch HITRECORD On TV, but head over to http://www.hitrecord.org/ and join the project. You might just end up contributing on something that makes people laugh or cry.

“Wish I Was Here” Movie Review