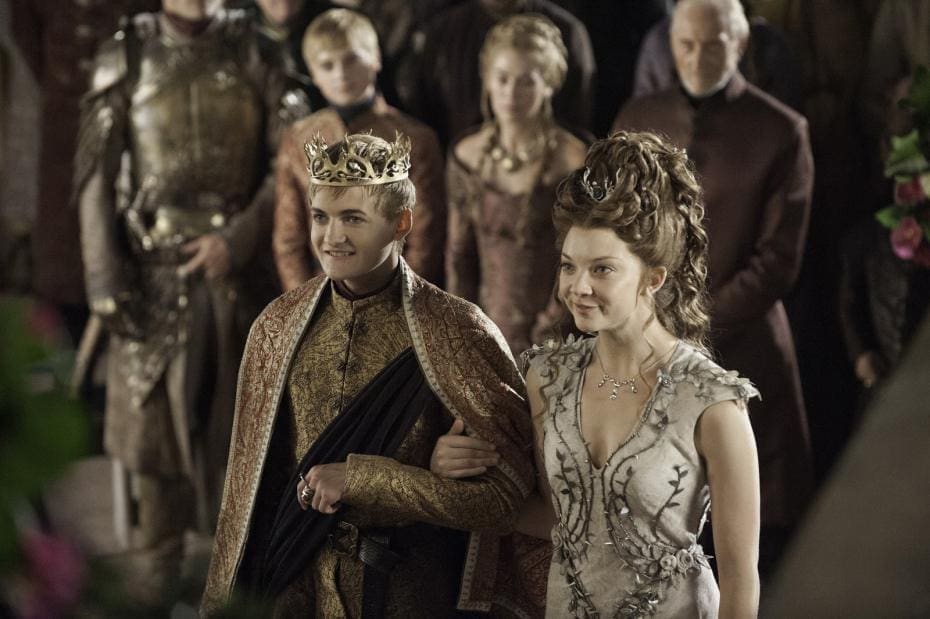 Well then, that was a rather satisfying episode wasn’t it?! Let’s leave the best part for last shall we?

What was never really in the books, but we saw last season with Theon and Ramsay Snow. The ever so subtle torture of Theon Greyjoy did its job we find out when we see him, battered and broken both mentally and physically. Now an obedient servant that only answers to the name “Reek” and wouldn’t think doing anything to harm his master, not even when given the chance. So Roose Bolton now knows that the young Stark boys were never killed and sends his lapdog north to the Wall to find them, while deciding to take his bastard Ramsay to Moat Cailin with him to quash the Ironborn occupancy. Bran makes his way further north of the Wall and lays hand on a Heart Tree and sees so many strange things, but something he saw was interesting to him. He knows where they have to go now at least. Stannis is still pining for the Throne, now dealing (burning) heretics at the stake to the Lord of Light, even if it’s his own family. Melisandre is as mysterious as ever during her interactions with Stannis’ daughter, still locked away with grayscale.

We didn’t visit Jon Snow or Dany this week, rather spending most of our time in Kings Landing for the episode people have been waiting years to see. Seeing Jamie and Tyrion together again was great, as was the training scene with Bron and Jamie (can they get a spin off buddy crime fighting show?). Shae remains the most infuriating character this side of Catlyn Stark. Stubbornness aside, if she couldn’t tell that Tyrion sincerely didn’t mean the words he was saying, then I have no words. In his hopes to save her (from herself at this point), he seemingly sends her off to sail away to a safe life across the Narrow Sea. The wedding ceremony was a short affair, all leading to the reception. You could tell something was going to happen, just by looking at certain wedding guests. The Oberyn/Tywin/Cersei scene, the Cersei/Pycell scene, the way Varys, Olenna and a few others were looking grim. Was Tyrion going to finally snap after the abuse? The “War of the Five Kings” display could have done it, the making him cup-bearer could have as well. Being soaked with spilled wine would have put him over before, but it is possible that Tyrion just wasn’t drunk enough to act. It was during this abuse that the scene of scenes happened. King Joffrey was never going to be anyone’s favorite character. He wasn’t even going to be a well liked character, considering he was a pretty horrible d-bag for pretty much the whole series thus far, seeing him choking on his own fluids in agonizing pain was pretty much the best viewers could hope for. It would have been interesting to see him done in, while looking into the eyes of his killer and knowing what he was dying for, but this is just as satisfying. It was also something I knew was going to happen either this week or next, and I still couldn’t breathe for the last few minutes leading to the shot.  It was so satisfying to see that little s—tbag get it that I hardly noticed Dontos came and snuck off with Sansa. I wish they had the time last week to make the scene between the former Knight turned Fool and Sansa, as it would have helped this week with him sweeping her off to safety after the apparent poisoning of the King. Cersei was all too quick to point at Tyrion as the guilty party, and who would doubt it? Who do you think did it? Remember no book spoilers! Check out the teaser for next weeks episode!