In BORAT SUBSEQUENT MOVIEFILM: DELIVERY OF PRODIGIOUS BRIBE TO AMERICAN REGIME FOR MAKE BENEFIT ONCE GLORIOUS NATION OF KAZAKHSTAN, Borat’s journey back to America goes as aloofly planned, until his only daughter, Tuta, becomes a stowaway for the father-daughter journey ahead. Following Borat’s disapproval, he takes advantage of the situation to offer his daughter as a gift to the Vice President. Tuta’s dynamic with Borat is that of a breeder and a prize horse which throughout each encounter from a pet store to a debutante advisor evolves into a proper relationship. This evolution of ideas/values that Tuta has been taught call back to old traditions that echo misogyny and preposterous cautionary tales on being a female. As Borat remains determined to succeed we see this bond change both characters for the better. Borat however unsuccessful in each cringe-worthy attempt to gift his daughter begins to learn newfound curiosity on his values while Tuta embraces a sense of self-discovery as a young woman.

Fourteen years ago, we last saw our beloved foreigner Borat come to America and vicariously indulge in American culture. Upon his return, we learn that his success from his previous quest to be American in ‘Borat’ wasn’t so promising in his home country. Kazakhstan had become a laughing stock among nations thus punishing our favorite mustached man with imprisonment for life. Fourteen years later, Borat is given an ultimatum by his government to go to America to gain an appreciation of a high leader to restore their country’s status or face a painful execution. The leader in question, Mike Pence, the current Vice President. This opportunity presents itself in the film as a jumping point for Borat, during America’s most controversial White House Administrations. We see Borat utilize his disguises from farmer, to southern tycoon to Donald Trump himself to appease his country.

At the halfway point, it’s clear this film is a satire on America’s traditionalists and conservatives. Various scenes occur from a Republican Convention to a Trump Rally with more cringe-worthy provocative humor that challenges these unsuspecting subjects. As opposed to Borat’s character in the first film, this film provides more shocking moments by those who are filmed than Borat or Tuta herself. This segues a different use of the Borat character, to hold a mirror to America during it’s most turbulent time, tackling Coronavirus, sex-trafficking, and misinformation by conspiracy theories just to name a few. Borat Subsequent Moviefilm provides a satirical narrative on 2020 in a way no other mockumentary could, offering us a chance to take a step back from this most infamous year and chuckle rather than weep.

Sacha Baron Cohen delivers his character with a different message than those cherishing the high brow humor of the first film. With the first Borat, we were shown America’s deep-seeded xenophobia and displacement among diversity, with this sequel, it tackles the state of the country’s values under the Trump Administration. Without politicizing this review, it’s understandable to see the first Borat film only added gas to the fire of joking about foreigners, exaggerating accents, and using the character as the watercooler joke for so many during the mid-2000s’. Cohen flips that comedic momentum on its head, which is not only refreshing but creates relevancy that would be absent had this been a baseless ‘bystander-reaction’ film such as Jackass or Bad Grandpa. The film provides just as many shocking moments by those who are filmed than Borat or Tuta herself. Moments displaying misogynistic or anti-semitic views are met with agreement by the some subjects rather than shock, in certain scenes.

There is a level of irony to Borat and Tuta’s journey to reclaim their country’s affirmation and in doing so they begin to realize maybe America isn’t the best country to lead by example. As a father or daughter, changing your values for the better comes only from love and not oppression, and we are allowed to be wrong and shift our beliefs. I wasn’t expecting Borat to get so political and at times heartwarming amidst the humor. I enjoyed Cohen not skipping a beat while returning to his iconic character. Irina Nowak as Tuta was ditsy yet cheerful in her first onscreen performance. What makes this film work is its relevancy and willingness to bypass misogyny by the end of the film. It’s a progressive Borat film we all need to detach from the woes of 2020. An eye-opener for some, while an eye roll for others, this film clearly isn’t for everyone, but Cohen’s message for America is clear; the joke isn’t on Borat anymore, the joke is on us, we can laugh with him or at each other.

Join the Global Watch Party for Borat Subsequent Moviefilm on Thursday, October 22, 2020 at 6pm PDT
Followed by first ever live Q&A and Dance Party with Borat

About Borat Subsequent Moviefilm: Delivery of Prodigious Bribe to American Regime for Make Benefit Once Glorious Nation of Kazakhstan

Synopsis: Follow-up film to the 2006 comedy centering on the real-life adventures of a fictional Kazakh television journalist named Borat. 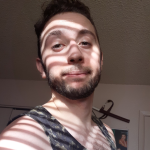