Geek News Network
Home News Can you trust Facebook as a news source? 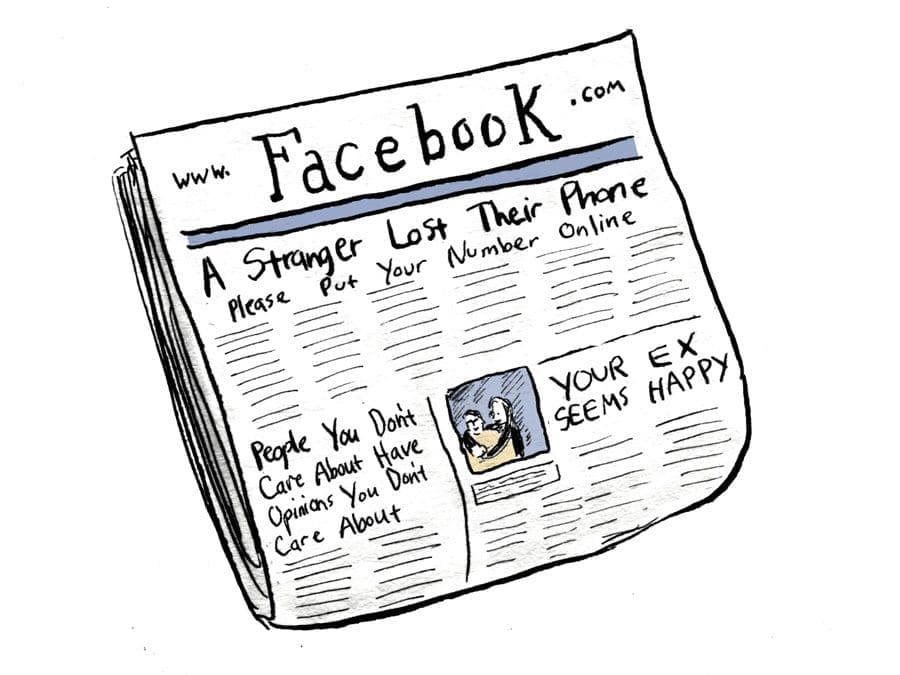 This past week, a study conducted by the Pew Research Center revealed that one in every three Americans get their news through their Facebook feed. In a time where most newspapers are struggling to keep their heads above the water, resorting to online subscriptions to replace the hardcopies of old times, the relatively high dependency on Facebook does reveal our immediate need for information without having to try too hard to find it.

This occurrence can be a big source for worry with how age groups and other demographics get educated with modern news. It is difficult to even consider the action that most Facebook users commit as “reading” the news.

In a recent Forbes article on a similar subject, writer Jeff Bercovici pointed out that there is a reason why websites such as Buzzfeed and Huffington Post put up article titles that create questionable journalistic credibility. Most users won’t even click on the link to the article – only 16% actually do. Even when that happens, the first three lines might be lucky enough to actually get read.

The team behind Facebook couldn’t possibly love these findings any more than they already do. Identifying the interests of users by seeing what news stories are being shared means not only helping Facebook target certain groups for advertisements, but also helps build up their own search tool, Graph Search. The more relative content that can be shared across friend networks, the more accurate tools can be in the future.

So then, is Facebook really a trustworthy source for the really important news that is happening in the world? The answer is a simple no. Even those who actually do their news on Facebook would agree with that answer. In the same Pew Research Center poll, 22% of the people who got their news from Facebook actually considered the social network a legitimate place to get the information.

Take a look at what is happening with your Facebook feed right now. While Euro-American relations are being threatened after new findings of the NSA tapping into allied networks, most news feeds are still covered with homages to the late Lou Reed and making sure your Halloween costume isn’t offensive. This isn’t so much news as much as it is to get friends to encourage likes and comments. Let’s also not forget about all that talk about the Sriracha plant possibly closing down in California.

The point is that Facebook and news should continue to exist as separate entities, and for any further fusion to occur could mean some scary outcomes for general knowledge. We can’t be expected to force news stories on people that aren’t interested in learning, but we can at least point users in the right direction.

The counter argument is that Facebook, and perhaps all social networks should act as a community where information is able to flow freely, and that there is no reason why users can’t use it as their news source.

So what do you think? Can you consider Facebook a good news source? Or is it just a hub of link bait articles where you don’t have to think too hard?

Ezra Melino is a tech and science blogger for DX3, and is a content marketer and SEO for brands such as Direct TV in Orlando, FL.

The Claws Come Out This January in WOLVERINES #1!

Brand new exhibit “A PIRATE’S LIFE FOR ME” to open at...