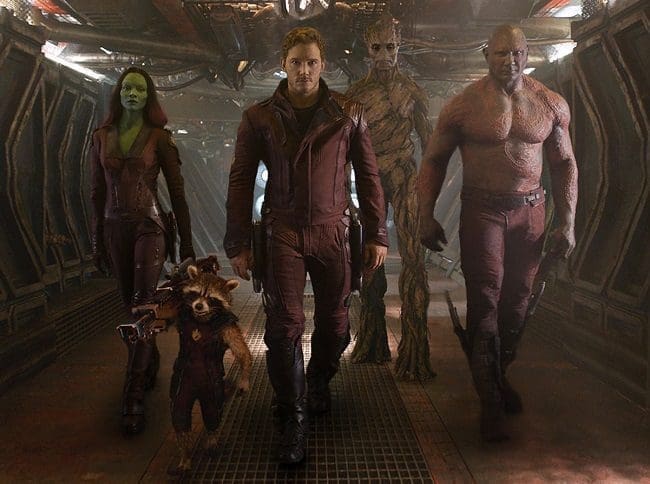 WASHINGTON, D.C. – Chris Pratt will receive the “CinemaCon® Breakthrough Performer of the Year Award” at this year’s CinemaCon, it was announced today by Mitch Neuhauser, Managing Director of CinemaCon. CinemaCon, the official convention of The National Association of Theatre Owners (NATO), will be held March 24 – 27, 2014, at Caesars Palace in Las Vegas. Pratt will be presented with this special honor at the “CinemaCon Big Screen Achievement Awards” ceremony to take place on Thursday evening, March 27, in The Colosseum at Caesars Palace. The Coca-Cola Company, the official presenting sponsor of CinemaCon, will host the final night gala awards program.

“With stand up and take notice performances in both ‘Moneyball’ and ‘Zero Dark Thirty’ Chris Pratt is sure to stun audiences with his starring role in Marvel’s ‘Guardians of the Galaxy,’” noted Neuhauser. “CinemaCon could not be more honored to present him with the ‘CinemaCon Breakthrough Performer of the Year Award.’”

Pratt will be seen later this summer when he stars as Peter Quill in Marvel’s “Guardians of the Galaxy,” releasing in U.S. theaters on August 1, 2014. An action-packed, epic space adventure, Marvel’s “Guardians of the Galaxy” expands the Marvel Cinematic Universe into the cosmos, where brash adventurer Peter Quill finds himself the object of an unrelenting bounty hunt after stealing a mysterious orb coveted by Ronan, a powerful villain with ambitions that threaten the entire universe. To evade the ever-persistent Ronan, Quill is forced into an uneasy truce with a quartet of disparate misfits—Rocket, a gun-toting raccoon, Groot, a tree-like humanoid, the deadly and enigmatic Gamora and the revenge-driven Drax the Destroyer. But when Quill discovers the true power of the orb and the menace it poses to the cosmos, he must do his best to rally his ragtag rivals for a last, desperate stand—with the galaxy’s fate in the balance.

James Gunn is the director of the film with Kevin Feige producing and Louis D’Esposito, Victoria Alonso, Jeremy Latcham, Alan Fine and Stan Lee serving as executive producers. The story is by Nicole Perlman and James Gunn, with screenplay by James Gunn.

Pratt is best recognized for portraying Andy Dwyer on the NBC hit comedy series “Parks and Recreation.” Most recently he has lent his voice to the lead character, Emmett, in the box office blockbuster “The Lego Movie.” Other film appearances include “Delivery Man,” “Five-Year Engagement,” “Zero Darky Thirty,” “Moneyball” and “Her.”