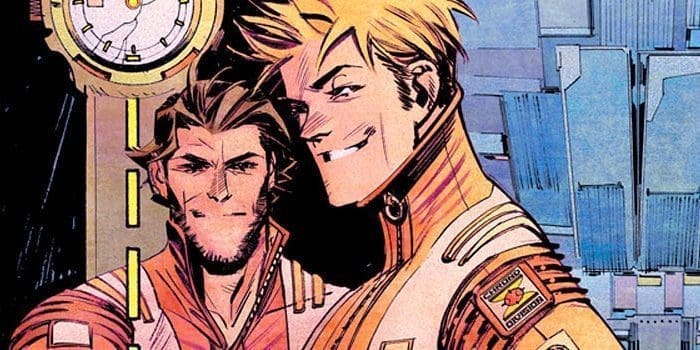 Following early praise and immediate critical acclaim for CHRONONAUTS, Universal Pictures has optioned the eons-spanning caper from Mark Millar and Sean Gordon Murphy. Chris Morgan (known for such films as Fast & Furious 6 and 47 Ronin) will produce under his Chris Morgan Productions banner. Millar and Murphy will be executive producers on the film.

Comic Book Resources calls CHRONONAUTS “a gorgeous-looking, fast-paced and fun team effort,” while Comic Vine raves, “This is a book you have to read. It’s a book you’re going to want to read. As soon as I read it, I had to stop everything to write up this review.”

In CHRONONAUTS, Corbin Quinn and Danny Reilly are two buddies who love to have fun. They’re also scientific geniuses. When their research leads them to a time-traveling adventure, will they use their knowledge for the good of all mankind? Or use the space-time continuum for their own ends? CHRONONAUTS is the story of man’s first, televised steps through the time-stream and and everything going wrong in the process. Issue one was good. Looking forward to more.