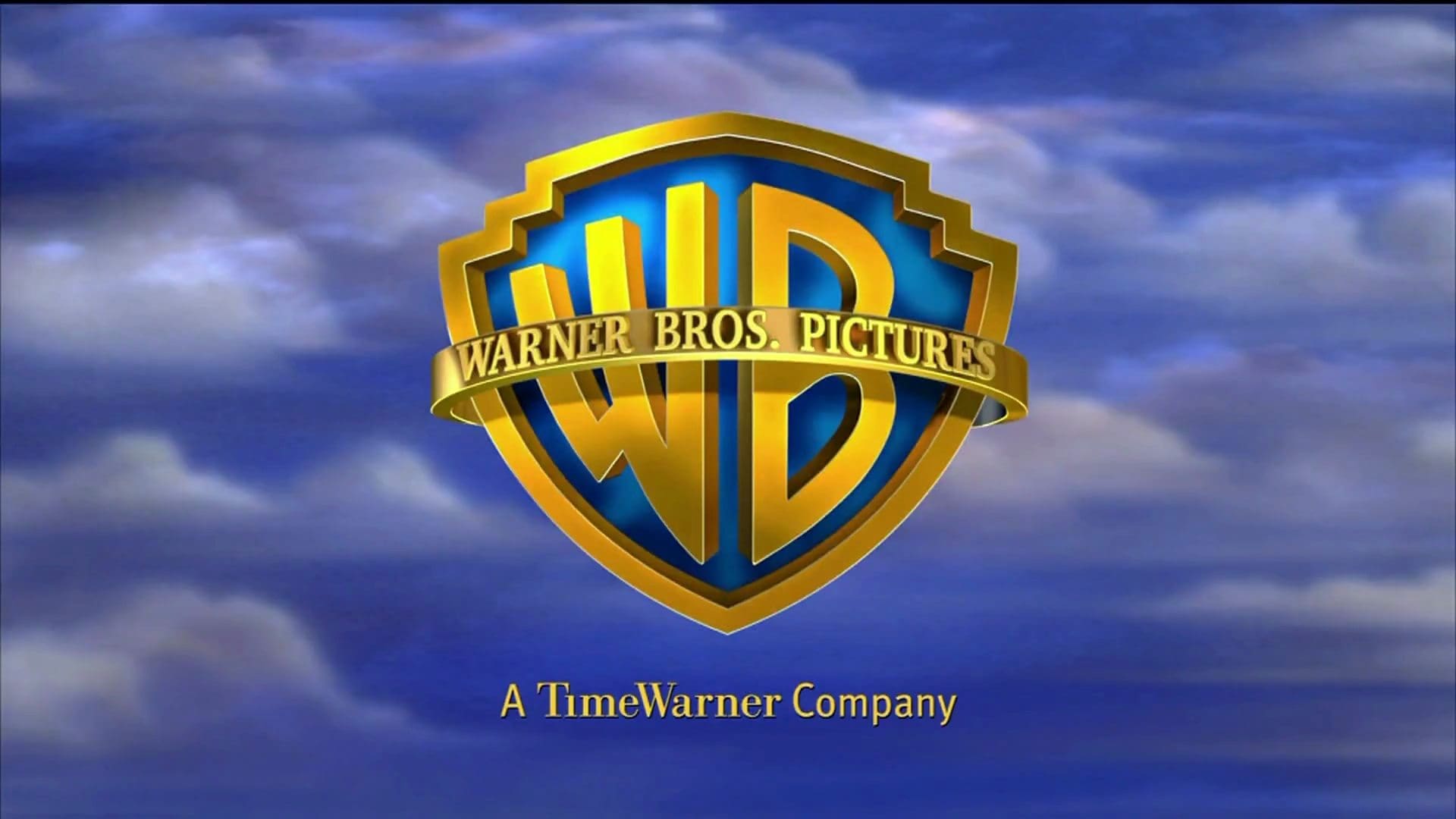 Warner Bros. went all out for its CinemaCon 2014 presentation. The company brought out almost all of the directors and primary stars of each showcase film. This kicked off with a look at Transcendence. Director Wally Pfister and stars Johnny Depp and Morgan Freeman taking the stage. The footage that followed was very similar to what most have already seen in the previous trailers. What was different this time around was a longer look at what happens after Will’s (Johnny Depp) mind gets transferred into the computer. We see him creating things, seemingly out of thin air. Trees crop up, and he takes control of people through some unknown method.

We already knew that Transcendence was about a computer threatening to take over the world. From the footage, it almost looks like an alternate take on the Skynet story arc from the Terminator franchise. That’s not a bad thing at all, and finding out just how Will is controlling and growing things should make for an interesting film.

Godzilla was up next, with WB bringing out Director Gareth Edwards to present the new footage. At the beginning of the new footage we see Joe Brody (Bryan Cranston) speaking with his wife Elle (Elizabeth Olsen). What seems like an earthquake causes a breach at the nuclear facility she works at. As she attempts to make her way to the safe zone, Brody himself is forced to close the door on her.

The tragedy puts him on a mission to find out what caused the breach that killed his wife. We soon discover that it was Godzilla, but it doesn’t look like the monster will be alone as we saw what seemed to be glimpses of two other monsters during a rapid fire montage. At one point, we see a beach where the waters are receding as if a tsunami is about to hit. Sure enough, moments later we see a huge wave, but it’s not a natural tsunami, it’s simply Godzilla making its way to land.

From what we’ve seen so far, it definitely feels as though Godzilla is about to get giant monster movies right. The tension was there, the enormity of the monster was there, and with a talented cast, it seems as though the acting will be on point. We’ll find out for sure when Godzilla hits US shores next month.

WB brought out Director Frank Coraci and stars Adam Sandler and Drew Barrymore to show off Blended. The footage we saw was very similar to the first trailer released a few months back. The new footage was a bit more of Jim Friedman (Sandler) and Lauren Reynolds (Barrymore) blind date. Essentially both parties call their friends in order to get an emergency call to exit the blind date before things get worse. Sandler gets his call first and the date comes to an end.

Flash forward to Africa, where both parties end up on a family vacation with their kids. Most of the footage was from the first trailer, but the big laugh at the end was when Lauren helps Jim’s oldest daughter Hillary (Bella Thorne). She changes her hairstyle which gives her a much sexier look. As she makes her way out to the two families, we hear “I’m Every Woman” by Whitney Houston. We then see Zak Henri’s character, Jake Wernick looking at Hilary in a more sexual way as we hear “I’ll Make Love to You” by Boys II Men. Finally we see her father Jim, and hear “It’s The End of The World” by R.E.M.

Barrymore and Sandler generally make magic on the screen, but it’s been quite some time since the two were paired up. While Blended looks like it could be another solid romantic comedy, the footage doesn’t show us anything new or surprising. Still, we have to give this acting duo credit as they’ve performed well in the past.

Next up was Edge of Tomorrow with new footage. There wasn’t a great deal of new footage to be had, but what was new was more footage of Bill Cage (Tom Cruise) and Rita Vrataski (Emily Blunt) training. The highlight of the reel was Bill questioning if the power to relive the day over and over could be transferred to Rita. This ends with him asking if she’s tried sex. He asks repeatedly for confirmation as she continues to blow him off and continue the training.

Director Clint Eastwood received a standing ovation as he made his way to the stage to show off footage from his upcoming film, Jersey Boys. The movie is based on the Broadway hit about the Four Seasons. It was very reminiscent of the Tom Hanks vehicle, That Thing You Do! but being grounded in reality makes this one a bit more emotional.

The vibe of the film is very much a wise-guys attitude. As the title indicates, the film stars several boys from New Jersey, all with thick accents. At several points throughout the footage, one of the actors would turn toward the camera to speak to the audience. Almost as if the movie was filmed with a documentary feel to it. We see the young Four Seasons making it big, including an appearance on American Bandstand, but obvious there’s a good amount of drama to be had. If the Broadway version is anything to go by, this is a musical fans will not want to miss.

Ben Falcone and his wife Melissa McCarthy stepped on-stage to showcase Tammy. After offering up a few jokes about the director being married to one of his stars, the footage was on par with most other McCarthy films. Unlike the brief teaser trailer released earlier in the year, we saw a full trailer that showed off far more of the movie.

Tammy (McCarthy) is having a bad day after running over a deer, being late for work, and eventually getting fired. The solution was to take a road trip with her grandmother. Most of the footage was a laugh reel of the events leading up to Tammy getting fired, including attempting to give a deer mouth to mouth, only to be attacked by the quite healthy animal. If you’re a fan of McCarthy’s previous films, this one is more of the same.

Channing Tatum and Mila Kunis were on-stage to deliver new footage of Jupiter Ascending. Unfortunately, despite the jaw-dropping visual effects, we didn’t learn much about the story that we didn’t already know from the previous trailer. This is par for the course for the Wachowski’s, and their track record proves that we should have some faith in the final product. At the very least, we know that the film will be big on spectacle and special effects.

Director Steve Quale and stars Richard Armitage and Sarah Wayne Callies took the stage to present footage of Into the Storm. The footage was a longer version of the trailer released last week that showed some interaction between cast members as they chase storms. The big reveal was the super tornado at the end of the trailer. Based on what little footage we’ve seen, Into the Storm looks like Twister on crack, which is a good thing. We’ll see how it performs when it goes head to head with a few mutant turtles on August 8th.

R.J. Cutler was next to show off his work, If I Stay. The movie stars Chloë Grace Moretz as Mia Hall. She falls in love with Adam (Jamie Blackley), but soon things take a turn for the worse. She gets in an accident and has an out of body experience in which she must choose to stay in the world of the living or move on. Her family and new love visit her in the hospital, essentially begging her to stay with them. It was a moving trailer that showed off how fragile life truly is, but the supernatural premise of the movie may offer a few twists as well.

The last film to offer solid footage was The Judge, starring Robert Downey Jr. Near the beginning of the footage we discover that Hank Palmer (Downey Jr.) loses his mother. However, he’s a big time criminal defense lawyer who most consider to be the scum of society for defending such criminals. When he’s forced to make a trip home to visit his father, suddenly the tables are turned as he must defend his dad when he runs over a biker. Downey Jr. is in raw form based on the footage on display, but the premise isn’t all that original, so it will be interesting to see how the final product plays out when it releases in October.