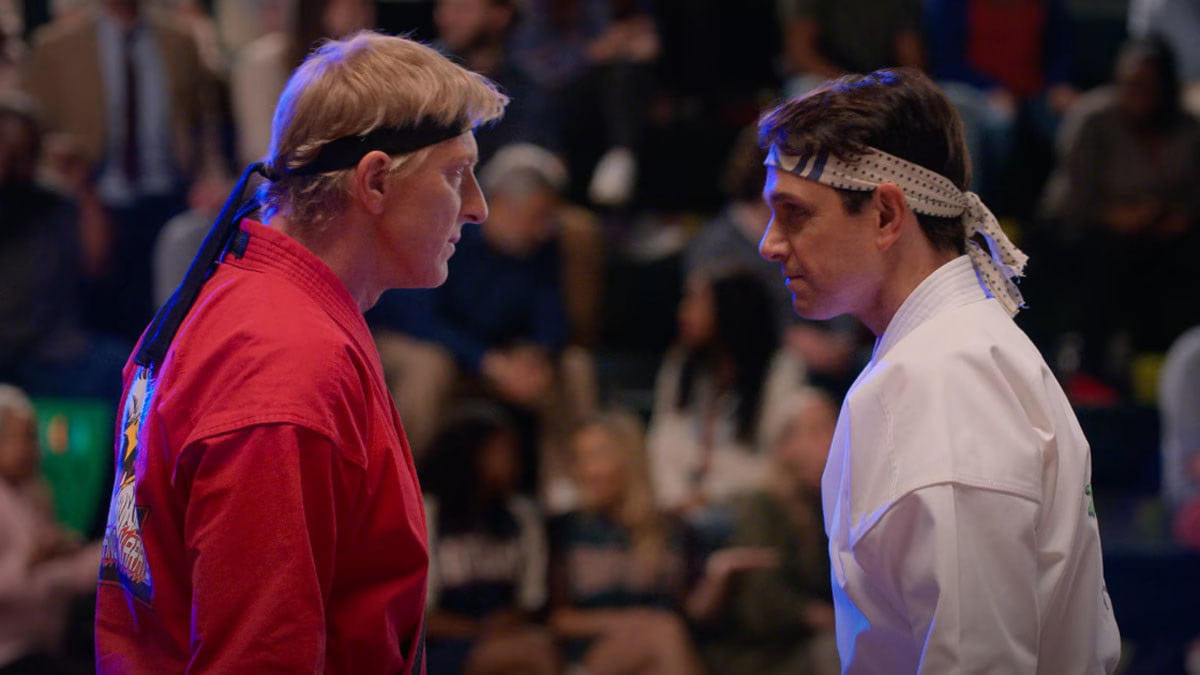 It’s rare to find a beloved film series continued in a meaningful way. So many times the spirit of the original film series is lost when a continuation occurs. Paramount has nearly ruined both the Transformers and G.I. Joe franchises because of its mishandling of the two film series. Sony has failed on numerous occasions with the Amazing Spider-Man series and more recently, Ghostbusters: Answer the Call (although both have since been redeemed).

When YouTube Red announced a Cobra Kai series that would pick up decades after the Karate Kid film series, most fans didn’t have high expectations. However, the series did such a good job at both honoring and continuing the Karate Kid saga, that it was able to make the jump to Netflix when YouTube Red was shuttered. Now, season four of Cobra Kai is nearly upon us, and expectations are high.

At the end of season three, Daniel LaRusso (Ralph Macchio) and Johnny Lawrence (William Zabka) agreed to join forces in an effort to take down John Kreese (Martin Kove) and Cobra Kai. The next All Valley Tournament would decide the fates of all three dojos. If Cobra Kai wins, Daniel and Johnny must stop teaching and close their dojos for good. If Cobra Kai loses, Kreese must cease instructing karate and close Cobra Kai.

With the stakes as high as they are, the season puts a heavy emphasis on the relationship between Johnny Lawrence and Daniel LaRusso. All three previous seasons have done a good job balancing the main story with a few side plot threads to reach a satisfying conclusion. Season four doesn’t walk this tight rope as well, opening up a few too many ancillary plot threads, then trying to quickly wrap everything up at the end of the season. It ends up causing a few of the emotional beats to lack the impact the writers were surely looking for.

That doesn’t mean Cobra Kai season four is bad. All of the 80s nostalgia and Karate Kid references are back in full force, especially with the addition of Terry Silver (Thomas Ian Griffith) from Karate Kid Part III. Despite his hair color matching his character’s name, Griffith doesn’t skip a beat, picking up right where you’d imagine his character would be after so many years have passed.

The other primary newcomer, Kenny (Dallas Young), also makes a big impact once he gets going. With so many returning and new characters to work with, there’s a lot going on in Cobra Kai season four. Some of it works very well, like Kenny’s character arc, but some of it just falls flat.

The more lackluster plotlines are more an indication of how good the series has been throughout the first three seasons and less about bad storytelling. Eli ‘Hawk’ Moskowitz (Jacob Bertrand) is a good example of this. During the first three seasons, he had a phenomenal character arc, overcoming his inner demons, joining Cobra Kai, then eventually realizing the error of his ways and making the move to Miyagi-Do. It was a compelling story from the beginning of season one to the end of season three. His journey isn’t finished in season four, but it carries far less weight than the previous seasons, making it feel a bit lackluster.

This is the running trend of Cobra Kai season four. It’s not a bad season by any means, but it’s definitely the weakest of the four seasons. There’s just too much going on that doesn’t get wrapped up in a satisfying way. However, on the bright side, the way the season ends leaves a lot of room for what could be an outstanding season five.

With the creators of Cobra Kai confirming that season five won’t be the end of the series, plus the potential for spin-off shows, even if the Cobra Kai train slows down a bit in season four, this is far from the end of the line. While season four isn’t the best, it’s still well worth the watch when all 10 episodes debut on Netflix at midnight on Friday, December 31.

Synopsis: Season 4 finds the Miyagi-Do and Eagle Fang dojos joining forces to take down Cobra Kai at the All Valley Under 18 Karate Tournament, and whoever loses must hang up their gi. As Samantha and Miguel try to maintain the dojo alliance, and Robby goes all in at Cobra Kai, the fate of the Valley has never been more precarious.