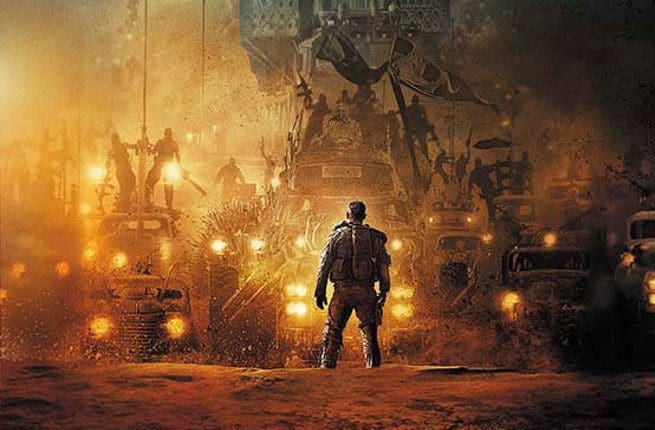 Vertigo, the innovative, boundary-pushing imprint of DC Entertainment, will collaborate with Mad Max: Fury Road director, producer and co-writer George Miller on two upcoming projects based on the film. The first is a Deluxe Edition hardcover entitled MAD MAX: FURY ROAD: INSPIRED ARTISTS, in which sixty-five top artists will create art inspired by the world of Mad Max: Fury Road. The second is four comic book stories that follow four main characters of the film and tell their prelude stories leading up to the film’s opening scene.

MAD MAX: FURY ROAD: INSPIRED ARTISTS will contain double-page spreads from 65 visionary artists bringing their own unique style to the world of Mad Max: Fury Road. Each of the artists’ work will be inspired by Miller’s post-apocalyptic wasteland. These spreads will range from spectacular action sequences to haunting character portraits. Artists participating include Lee Bermejo, Dave McKean, Cliff Chiang, Nicola Scott, Stephanie Hans, Tara McPherson, among others. This book is due to hit shelves on May 6, prior to the film’s May 15th release.

From Oscar-winning filmmaker George Miller (“Happy Feet”), originator of the post-apocalyptic genre and mastermind behind the legendary “Mad Max” franchise, comes “Mad Max: Fury Road,” a return to the world of the Road Warrior, Max Rockatansky.

Miller directed the film from a screenplay he wrote with Brendan McCarthy and Nico Lathouris.  Miller is also producing the film, along with Doug Mitchell and P.J. Voeten.