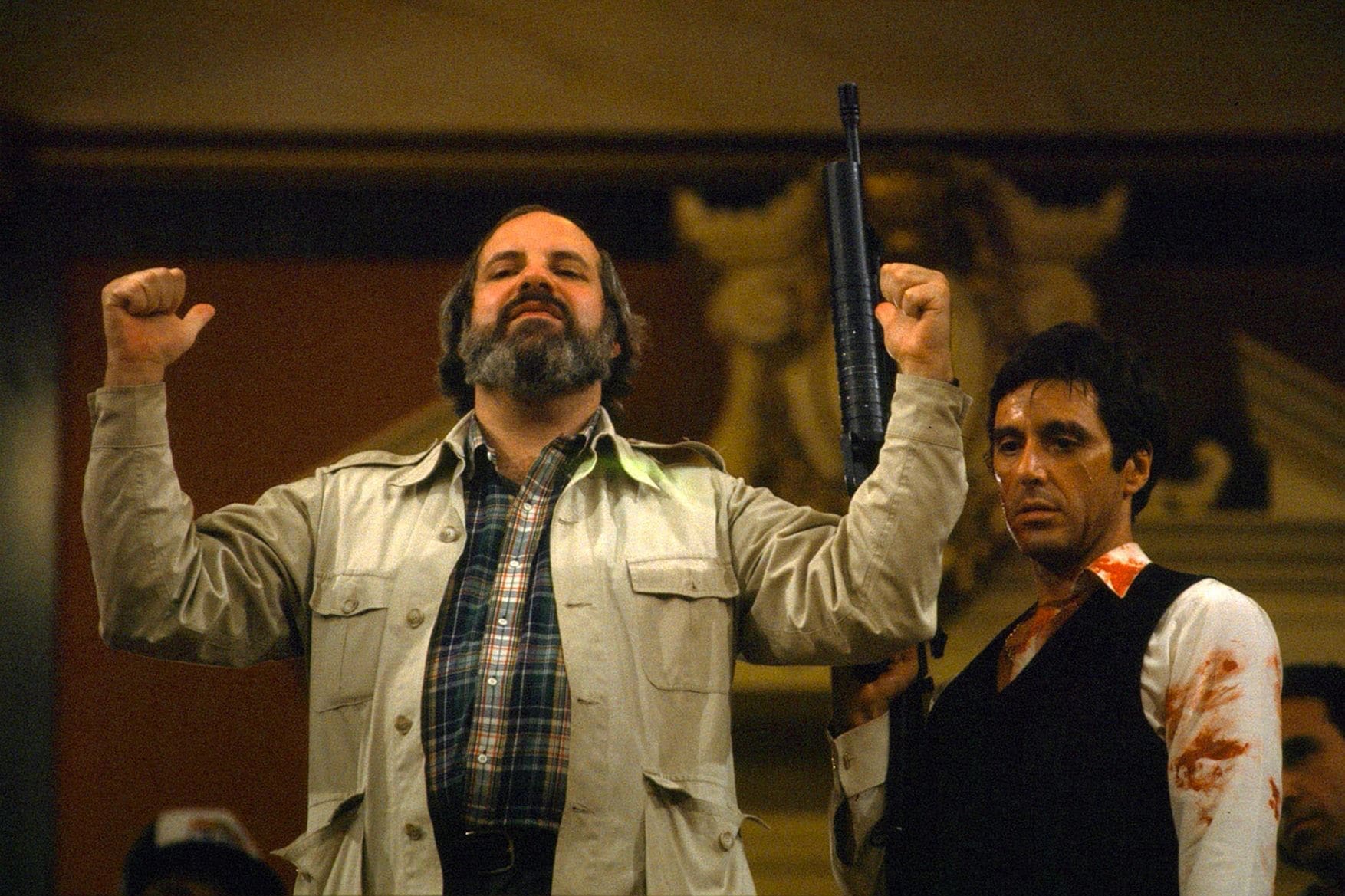 I have a deep respect and admiration for filmmakers that started their professional careers in the 1970’s.  Maybe it was the era of the Vietnam War and Watergate that contributed to the kind of modern realism certain 70’s films are known for.  Perhaps it was the decades of amazing films up to that point that produced a wave of pure inspiration; and a select few directors managed to translate that inspiration into works of art.  Filmmakers that started with modest means, but over time, with one project after another, fine tuned their craft by maximizing the potential of their writing and directing ability.  They also cultivated a community of great actors that understood their vision and enhanced the cinematic language to a dialect of pure poetry.  It’s no wonder these aspiring and inspiring directors became such good friends.  I’m referring primarily to Francis Ford Coppola, Martin Scorsese, George Lucas, Steven Spielberg, and of course Brian De Palma.  Each director developed a style all their own, but De Palma chose to take techniques that came before him and transform them into a style that was both familiar and mesmerizing.  It was a balance between visual plagiarism and homage in the eyes of some people, but I believe the films De Palma chose to direct could not have been accomplished in such a way by anyone else.

In De Palma, directed by Noah Baumbach and Jake Paltrow, Brian De Palma is placed in front of a camera and proceeds without instruction to discuss his legacy of work from humble beginnings to international blockbusters.  His work obviously began in college as he perfected a series of short films with the help of his friends.  Well known actors today would also get their start in some of these films, such as Robert De Niro and Jennifer Salt.  Eventually by chance a friend would connect him to a potentially lucrative project and that would soon get his name on the desks of producers and studio financiers.  It was a journey of lucky breaks and success begetting success.  You may know all of Brian De Palma’s work or just a few, but chances are you’ve seen at least a scene from one on your television screen.  His films are highly regarded and De Palma goes over every single one.  From sensational masterpiece to ill-conceived disaster, there is no project he is unwilling to discuss in this almost two hour documentary.

I enjoyed the walk down memory lane from his first major success with Carrie, then up several years to Scarface and Blowout, and then getting to make The Untouchables.  What I consider to be his best film.  Others will point to Carlito’s Way or Casualties of War.  v been fascinated by his use of split-screen narration and split-field diopters.  In some of his scenes, he would use these techniques to give the audience a choice of what to follow and where to pay attention.  It added to the film’s tension and kept you glued to the character’s movements.  His choice of music was also a treat.  Brilliant composers such as Bernard Hermann and Ennio Morricone created an extra layer of atmosphere to his thrillers.  Their scores were unforgettable, as were the scenes and films associated with them.   I still get goosebumps listening to the intro to The Untouchables.  De Palma’s talent attracted talent and the final product is the result of his direction.  Getting all those pieces to blend together so perfectly is no easy task.

I can’t dictate what I should expect to see in a documentary, but I can desire certain elements that enhance the experience.  I like to have a thorough in-depth analysis of the character or characters, subject matter, or philosophy being discussed in a film.  De Palma doesn’t have a discussion so much as a recollection of memories to each of his films and that’s really where I struggled to fully enjoy this documentary.  When each film is brought up, there is a few details of back story that we may not have been privy to previously, unless you dig through a Wikipedia or IMDB webpage.  It’s the passion he clearly has with his work and craft that keeps me intrigued in his stories, but there is no follow-up questions about those experiences.  I know it would have made the film that much longer, but I would have preferred an extended dialogue about the first thirty years of films and left off the last ten years.

I also prefer a study of several sources about the material.  Brian De Palma knew some interesting filmmakers and actors.  It would have been so satisfying to get some genuine feedback from people who have worked closely with him or those he inspired to be filmmakers because of his work.  Even a small interview from Spielberg, Coppola, or John Lithgow would have made all the difference.  It isn’t as if De Palma’s stories don’t have content or value, but it needed someone behind the camera that could mold the conversation into a more compelling narrative.  Without being too harsh, it is as if we are watching an extended interview in the special features of a DVD and this interview was cut shorter and spliced more cleverly into a much more organized documentary that we did not get to see.  I feel there is a world of De Palma left to explore, from his mind and the mind of others.  Perhaps this documentary would have been better made in the hands of a fan not so close to De Palma and combined this footage with that of his friends, family, fans, and aspiring filmmakers.

De Palma is a worthwhile documentary because you do get a personal conversation with the maestro himself.  It reads too much like a book with pages missing instead of a fully realized documentary.  The directors chose to leave De Palma to his own devices rather than steer the conversation into something more substantive.  The only thing they contributed to his stories is background imagery of not only his films but the films that inspired him.  French films and Hitchcock films to name a few.  Nevertheless you get a little information about every film and are entertained with each year of cinematic success that unfolds on screen.  De Palma isn’t the documentary I expected or probably wanted, but it is thoroughly entertaining.  If you admire the craft of film and how story and style together can enhance the narrative, you will learn some of what it takes to make a film.

Synopsis: A documentary about the life of writer and director Brian De Palma.