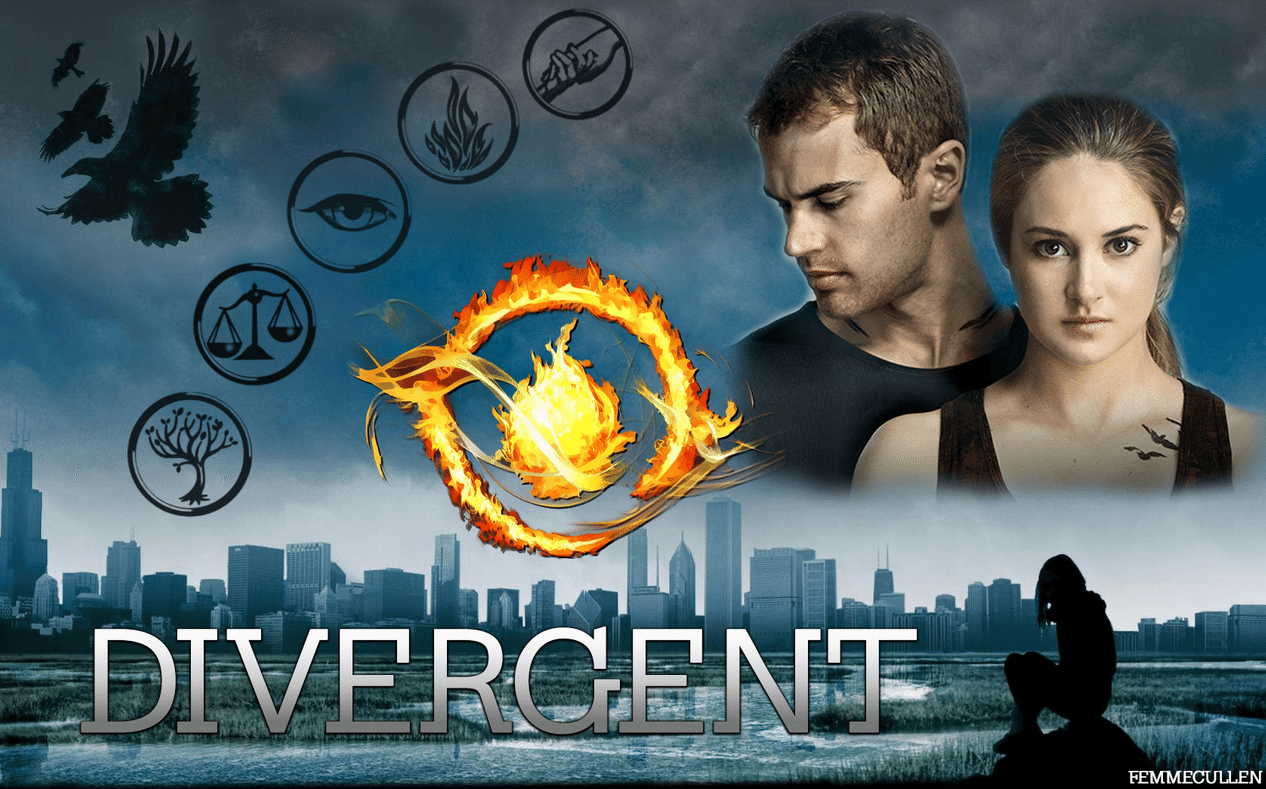 Note: This is only a review of the audio and visual elements of the movie. The movie review is listed in a separate article.

The visual aspect of the film favors a natural tone which helps the audience connect with this future reality.  Natural light during the exterior daytime and nighttime scenes reinforces this purpose.  The colors are used very deliberately throughout depending on the faction of society we are taking part in.  White light and bright colors for the bureaucrat building interiors, sunlight and earth-tone colors for the humanitarian areas, and fluorescent and neon lights with black and grey colors in the military areas.  The settings are a clear representation of the personalities of the inhabitants and how they perceive themselves or how they want to be perceived.

The sounds in Divergent are used sparingly to engage the audience. Music is only noticeable in the intense scenes and the sounds of metal and ammunition are very pronounced to show the real danger the characters are placed in.  One particular scene where sound is used well is when Beatrice(Tris) is standing against a wall while knives are being thrown at her as practice.  The intensity of metal piercing the wall is intimidating to the ear.  Also in a scene involving a train and a building.  The grinding of the tracks being driven over by the rail cars and several characters making contact with gravel as they jump from the train.  Since the military characters are more adventurous and prone to taking risks, the sounds of their behavior become enhanced to make their actions that much more pertinent to the story from a cinematic angle.

The other emphasis of sound is in the hand to hand training session scenes between sparring partners.  The characters’ fists and kicks against each other as well as their bodies hitting the mat give you a jolt of adrenaline.  You are forced to jettison emotion in these fights, but for the audience the tense relationships only adds another layer of emotion to those moments.  Each blow can be felt in your chest and what the movie tries to accomplish with these audio choices are empathy sounds.  Sounds so immediate and in your face that you connect to whatever character is experiencing them.  If you feel the sound, then you feel the impact of the moment and that’s one step closer to knowing what the character is going through or at least one path to immerse you into that story.

The soundtrack is laced with an emotional score that carries the serious parts of the film and maintains that level of tension throughout when necessary.  In less tense parts it plays with hard rock or pop music to again make the movie seem more realistic.  A possible future placed in a very real, but redesigned city would still have music and some of that music might be familiar to us.  So as a viewer we can play with these moments in our heads and ground ourselves a little more into that environment.

As a complete analysis of the audio, I find the sound effects to be used quite well, the music placed appropriately in some areas, and the dialogue very clear throughout with only a few moments near the end where the music and the characters meshed together briefly.

As for the visual elements, the lighting is effective, especially in the exterior scenes.  The colors in the clothing and the set designs are also brilliantly used.  The natural light is layered within a cinematic frame so it isn’t a home movie feel, but combined with the expert sound effects it does penetrate your senses so you are immersed in this world.