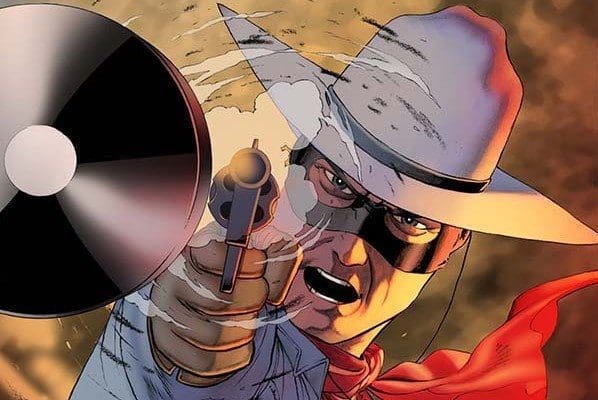 JUSTIN GRAY, WRITER OF JONAH HEX,
RIDES INTO DYNAMITE WITH A THRILLING NEW CHAPTER
IN THE LONE RANGER’S HISTORY

Dynamite Entertainment is proud to announce the signing of Justin Gray, who will be continuing Dynamite’s long standing success with America’s quintessential Western hero, as he takes the reins on a brand new series of The Lone Ranger.  Launching with a new #1 in November 2014, The Lone Ranger will feature the exciting interior artwork of Rey Villegas (Lady Zorro), as well as covers by John Cassaday (Uncanny Avengers, Astonishing X-Men) and Marc Laming (All-New Invaders,Kings Watch).

“I’m proud to be working with one of the longest standing and best known Western characters in all of literature, because to me The Lone Ranger represents a moral code, unquestionable justice, and a sense of adventure that embodies the classic American Western,” says Justin Gray.

No stranger to Western thrills, Justin Gray is a frequent contributor to Jonah Hex and All-Star Western, tales of an Old West gunslinger set within the larger DC Comics continuity. Gray has contributed to dozens of name-recognizable titles from Marvel Comics and DC Comics, including Batwing, Ame-Comi Girls,Punisher, Power Girl, Countdown, and many more.

Since his radio debut in 1933, the masked Lone Ranger has endured as an icon of American culture. Dynamite first launched The Lone Ranger as a comic series in 2006, written by Brett Matthews and illustrated by Sergio Cariello.  Its #0 prelude issue was a part of that year’s nationwide Free Comic Book Day celebration, and the series would go on to score an Eisner Nomination for best new series in 2007. A second volume of The Lone Ranger followed, as did such miniseries as The Lone Ranger and Tonto andThe Lone Ranger: Snake of Iron.

“We are incredibly excited to have Justin on board for this title,” said Nick Barrucci, CEO and Publisher of Dynamite Entertainment. “We’ve had a great run with The Lone Ranger as one of our most consistent critically acclaimed comics, and needed someone who we could trust to fill these ‘big boots,’ continuing one of the best Western heroes ever.  With a track record like his, we’re in for a Western comic that we won’t soon forget!”

The Lone Ranger #1 will be solicited in Diamond Comic Distributors’ September Previews catalog, the premiere source of merchandise for the comic book specialty market, and slated for release in November.  Comic book fans are encouraged to reserve copies of The Lone Ranger #1with their local comic book retailers.

All characters, names, logos, etc. are ™ and © their respective owners.  Press release written by Kevin Pearl.

Classic Media, one of the world’s largest independent entertainment companies, is a leader in reinventing the classics of yesterday and creating the entertainment classics of tomorrow.  Classic Media was recently acquired by Dreamworks Animation.  The Company owns and manages a globally-recognized portfolio of well-known family and pop-culture entertainment brands, including Casper the Friendly Ghost®, Where’s Waldo?®, Lassie®, The Lone Ranger®, and Mr. Peabody & Sherman.  Big Idea Entertainment, a member of the Classic Media family, is the leading faith-based studio and producer of children’s programming, including the best-selling animated series, VeggieTales®. Classic Media programming is distributed in more than 170 territories worldwide and showcased in multiple formats, including TV, film, home video, consumer products, publishing, digital, and music.  www.classicmedia.tv