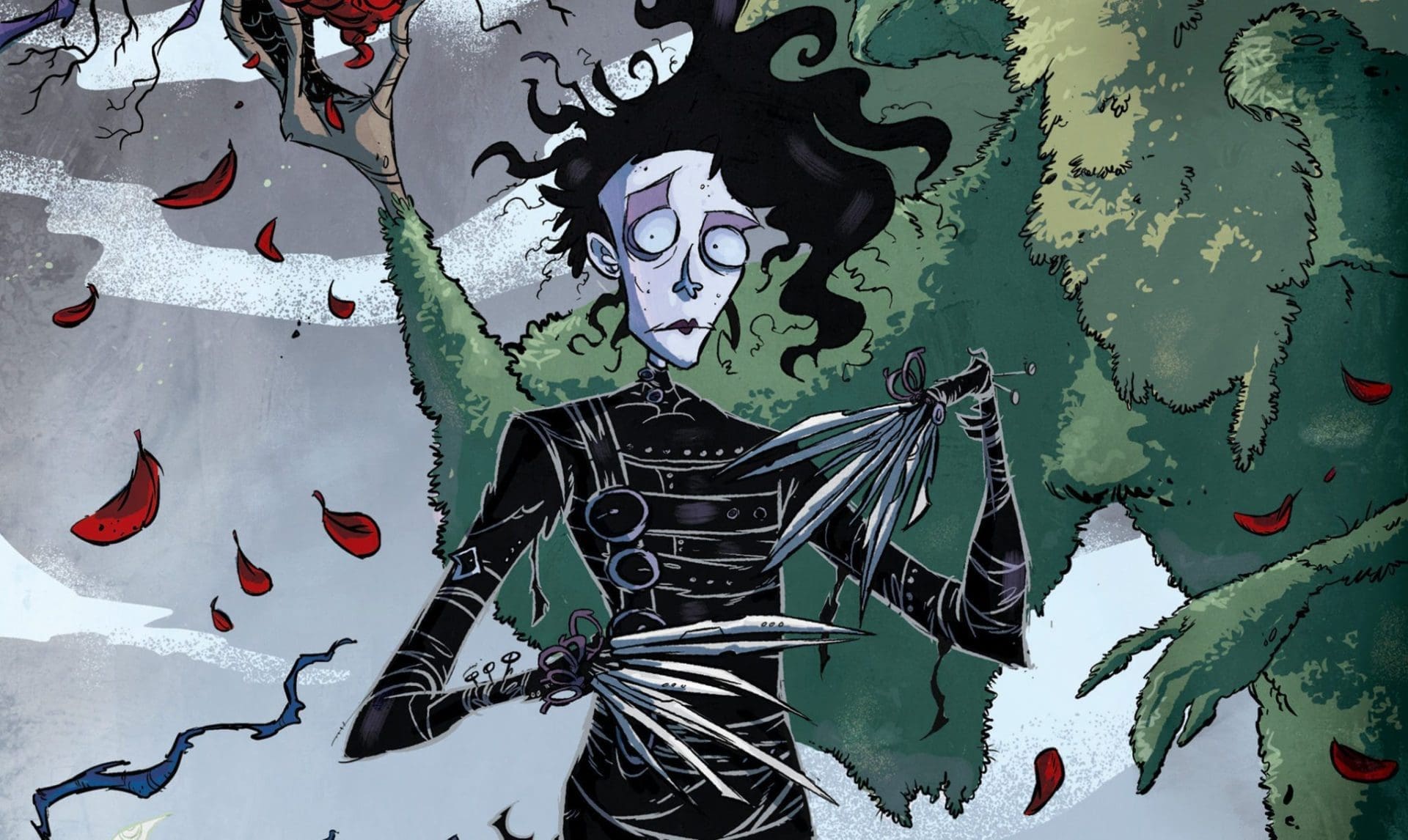 Just in time for Halloween, IDW Publishing and Twentieth Century Fox Consumer Products are proud to announce the first in a number of new projects together, with the first ever Edward Scissorhands comic book series. The long overdue all-new adventures begin in October, with New York Times best-selling author Kate Leth (Adventure Time) on writing duties and Drew Rausch (Haunted Mansion) lending his delightfully spooky style to the interior art. Rounding out the creative team will be acclaimed Locke & Key artist Gabriel Rodriguez, who will provide a stunning and suitably creepy cover for the debut issue.

“Edward Scissorhands is one of those dream projects that only pop up once in a lifetime, so any new story set in its universe demands to be treated with love and reverence,” said IDW Editor Sarah Gaydos. “We’ve found a team in Drew and Kate, along with a crew of top cover artists who are not only exceptionally worthy of the task, but are bringing something completely fresh and relevant to the table.”

The 1990 cult-classic film from auteur Tim Burton, Edward Scissorhands ends with the heroine of the story, an aged Kim being asked by her granddaughter, “How do you know he’s still alive?” to which she answers, “I don’t know. Not for sure. But I believe he is.” In the comic book event of fall 2014, IDW Publishing revisits this modern classic two decades after the end of film to finally answer that question.

“I’m overwhelmed with excitement to be writing Edward Scissorhands. As a former (and lifelong) teen goth, few things are as close to my heart as Tim Burton’s cult classics,” said series writer Kath Leth. “We’re taking the story forward in time and telling a bit of a girl detective story—one of my favourite genres—a bit closer to modern times but still with that eerie, anachronistic touch. It’s a bit creepy, a bit scary, but always full of wonder. Drew and I have so much love for the film, and we like to think it shows. Keep your eyes peeled for easter eggs and plenty of spirals…”

Kim’s granddaughter, Meg, grows up with Edward Scissorhands only being a legend, a bedtime story. But when weird things start to happen in her sleepy little town, it reawakens her curiously and she decides to search out for the mysterious Edward Scissorhands.

“I keep having to remind myself that this is happening—but if there was ever a team made for telling the further tales of Edward Scissorhands, it has to be Kate and I,” said series artist Drew Rausch. “No—seriously, IDW just built us a few months ago from some parts they had lying around. It’s been a little weird. We’re still getting the hang of all this “living” stuff but we promise to deliver a story that’s just as perfectly timeless, chilling and heartwarming as the original—cross our cookie hearts!”