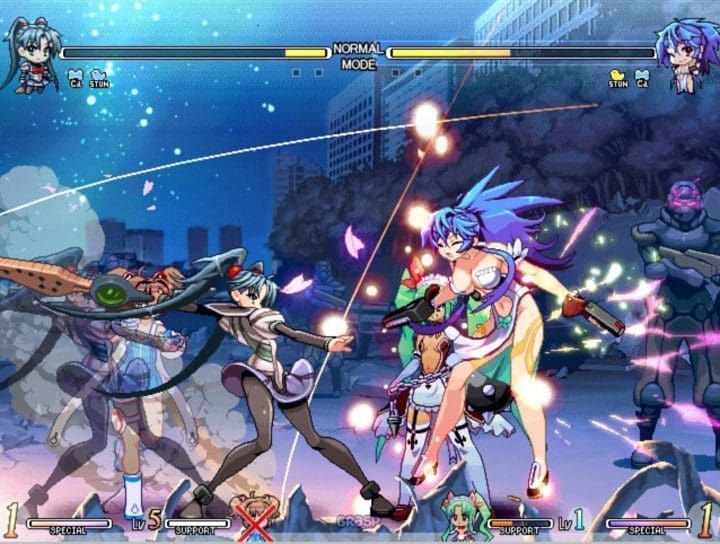 ‘Vanguard Princess’ is a 2D fighting game for the PC that features an all-female cast each with their own unique fighting style. Players can choose from ten girls with unique fighting skills and pair them with a younger assistant partner.

The background story in ‘Vanguard Princess’ is centered around Hilda Rize. As a child, Hilda was the sole survivor of an airplane crash. When government officials discovered that she possessed cosmic abilities, she was held captive under government control and subjected to years of torturous experimentation. Eventually, the experiments triggered a cosmic shock wave that gifted many young girls throughout the world with Hilda’s powers and allowed her to flew into the cosmos. Now as an adult and in full control of her powers, she returns to the world and pledges to go on a violent rampage in a quest for vengeance. The gifted girls now referred to as ‘Vanguard Princesses’ venture out to the battlefield to confront her.

In the DLC, Hilda Rize is updated and player-balanced in order to be enjoyable and competitive alongside the other characters. This DLC also contains an updated and originally uncensored version of the ‘Vanguard Princess’ game.

eigoMANGA is a production and publishing company that specializes in creating original comic books, animation, and digital media. The company formed an independent game development studio in January 2011 to localize and publish independent Japanese games. More information about eigoMANGA can be found at www.eigoMANGA.com or www.VanguardPrincess.com