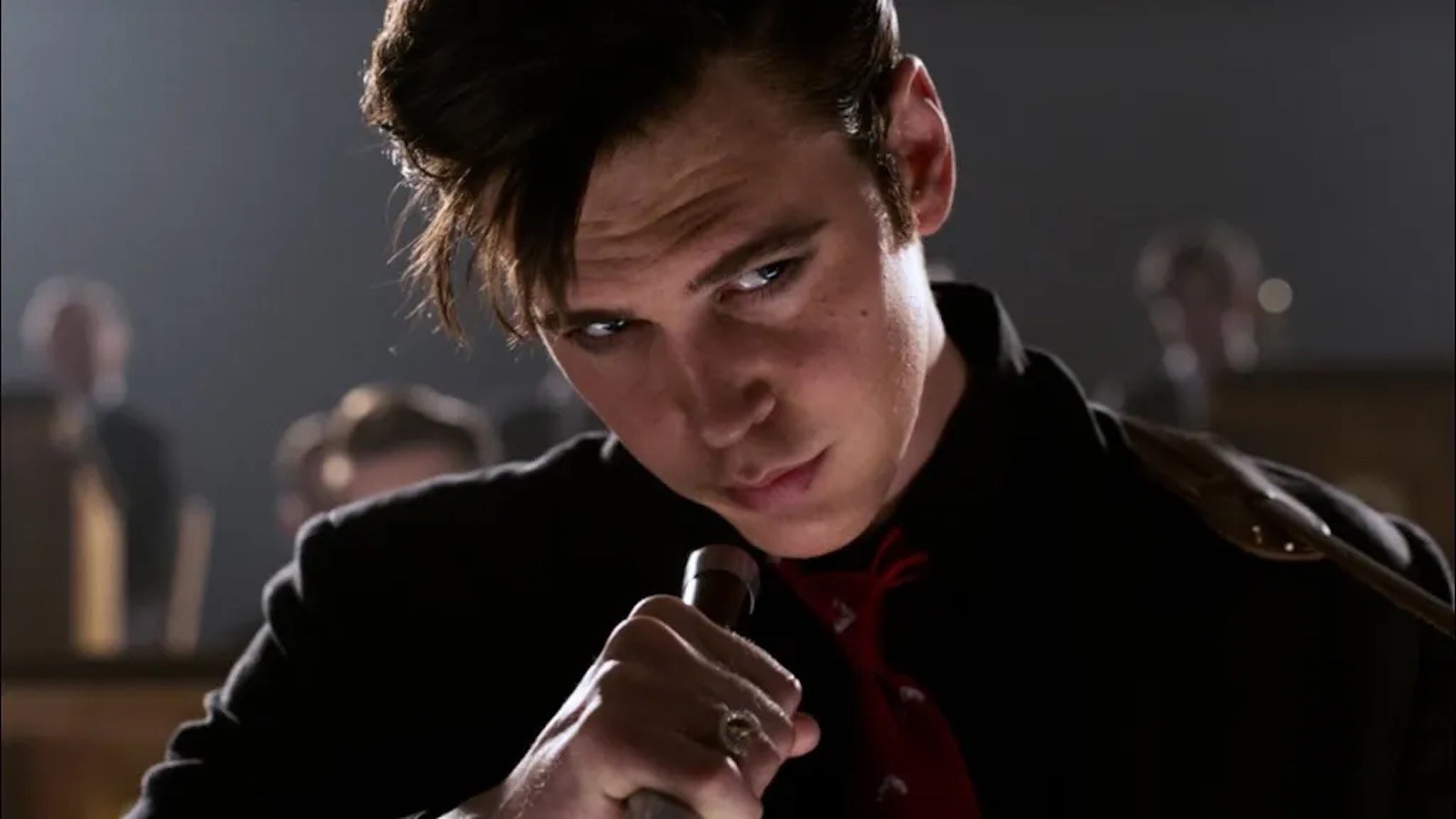 The King has returned… at least to the theaters. Baz Luhrmann’s Elvis releases this weekend, and it’s pretty much what you’d expect from a Baz Luhrmann film. The director of Moulin Rouge, Romeo + Juliet, and The Great Gatsby has created a stylized and entertaining film about Elvis Presley. It’s not the best musical biopic, but Elvis fans should all enjoy the film.

Elvis hits the ground running, with the first hour feeling like a nonstop barrage of wondrous visuals, music, and Elvis (Austin Butler). The film is basically Colonel Tom Parker (Tom Hanks) having a fever dream about his time with Elvis. It starts off just before Elvis meets the Colonel, and ends when Elvis’s life comes to an end. It does skip almost everything that occurs between his first Vegas run and the end of his life, but everything else is covered with a fair amount of depth.

Austin Butler embodies Elvis better than any other actor has handled a musical biopic aside from possibly the rap artists in Straight Outta Compton (who were near perfect). Every hip thrust, “baby,” and other Elvis trademarks were spot on. It’s clear that Butler did the research for the role, and those efforts really paid off in his performance.

While the movie does feature Priscilla (Olivia DeJonge) and members of Elvis’s family, the film is really about Elvis and nothing more (as you might expect). When these other people directly impact his life or decision-making, they take a step forward in the film, but a vast majority of the film is solely about Elvis Presley. We get to see his childhood, how he interacted with B.B. King (Kelvin Harrison Jr.) and other famous Black musicians, as well as his meteoric rise to fame, and the problems that came with it.

Where the film starts to falter is after the first hour or so. It’s here that much of the visual pizzaz falls to the wayside, and the film moves from pure high-octane entertainment to a more grounded drama. This is where you start to feel the 2-hour and 40-minute runtime. The movie is still entertaining beyond this point, but the pace slows down drastically, and it hurts the film overall.

Understandably, some of the more serious aspects of Elvis’s life would not work with the same high-energy presentation the movie starts off with. A mix of the serious and the high energy would’ve helped to avoid the drastic pacing change that happens around the one-hour mark. A change like that may have resulted in fewer people checking their watches around the two-hour mark.

If you’re interested in knowing more about the life of Elvis Presley, this is probably one of the most entertaining ways to educate yourself. The film is fairly accurate for the most part, although there is some debate over just how poorly the Colonel treated Elvis. If you have nearly three hours to spare, there are worse ways to spend it than watching Elvis. Just be ready to watch the whole thing because it will feel like three hours by the time the credits roll.

Synopsis: From his childhood in Tupelo, Mississippi to his rise to stardom starting in Memphis, Tennessee and his conquering of Las Vegas, Nevada, Elvis Presley becomes the first rock ‘n roll star and changes the world with his music.