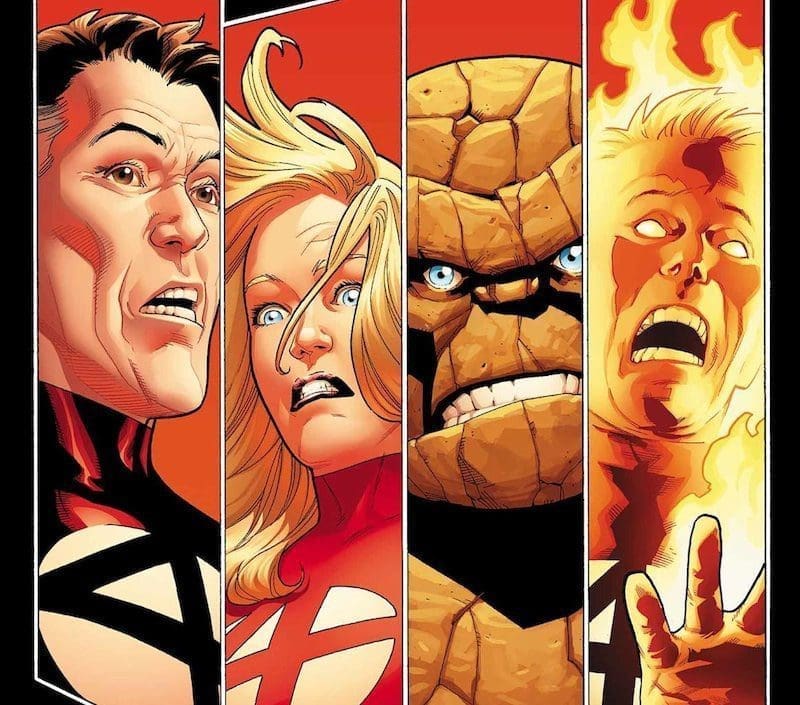 Here we go again. Fantastic Four #1 marks the fifth relaunch for Marvel’s First Family, the most recent of which occurred less than two years ago as part of the first wave of books under the Marvel NOW! banner. Marvel’s latest promotional endeavor, All-New Marvel NOW!, brings the Fantastic Four back to the beginning (sort of) with writer James Robinson onboard to course-correct a series that fell apart during its last run when lead writer Matt Fraction left midway through his tenure. Robinson’s first issue takes the Fantastic Four in a decidedly different direction that will definitely turn a few heads, though with the issue being titled, “The Fall of the Fantastic Four Part 1,” this inaugural effort doesn’t stand well on its own. It’s difficult to deem Fantastic Four #1 a resounding success since so much of the issue is predicated on the rest of the arc delivering on the setup established here.

Just as he did over in DC when he took over the Earth 2 series, Robinson frontloads a heap of intriguing scenarios at the start of Fantastic Four #1 that includes introducing each member of the familiar team only now tragically changed. Reed Richards (aka Mr. Fantastic) has lost his ability to perform scientific wonders; Ben Grimm (aka The Thing) is sitting in jail for murder due to testimony from Reed; and The Human Torch is drinking and partying all night long. Okay, that last one isn’t as much a dramatic departure, but there’s a heartbreaking narration from Sue Storm (aka Invisible Woman) running throughout the issue that suggests a lot has changed within the team, and not just their uniforms. Sue’s depressing recount of, as she puts it, “the end of happiness,” bookends an otherwise fun albeit safe story with the team battling a classic foe and acting as a jovial, cohesive unit. Obviously this is meant to serve as a precursor to the predicaments outlined in the opening pages of the issue, but Robinson doesn’t leave a single clue as to how the Fantastic Four came to be a broken shell of a team, so the issue does feel a little lacking in that regard.

For an issue steeped in some depressing narration, artist Leonard Kirk presents one heck of a bombastic fight sequence as the meat of this issue. His panels are mostly large and packed with highly detailed character movement, assuring that the action is never stagnant. Former Fantastic Four writer Karl Kessel’s inks and Jesus Aburtov’s colors provide Kirk’s artwork with images that truly pop and there’s rarely an unused portion on the page between the art team. In addition, Kirk is able to render each family member (including the extended Future Foundation kids) differently, a problem that has plagued other artists on the series prior. There’s never a confusing panel, even when the pages get populated with the Fantastic Four’s large stable of characters.

Fantastic Four #1 is a tricky recommendation to make, though readers that stuck around for the previous incarnation should certainly check out the new creative team. Unfortunately, much of what James Robinson sets up in the opening pages will likely not get resolved until the arc is over, so trade-waiting might be the best bet on this title for those with only a mild interest in the Fantastic Four.

A Look Inside “Nick Cardy: The Artist at War”