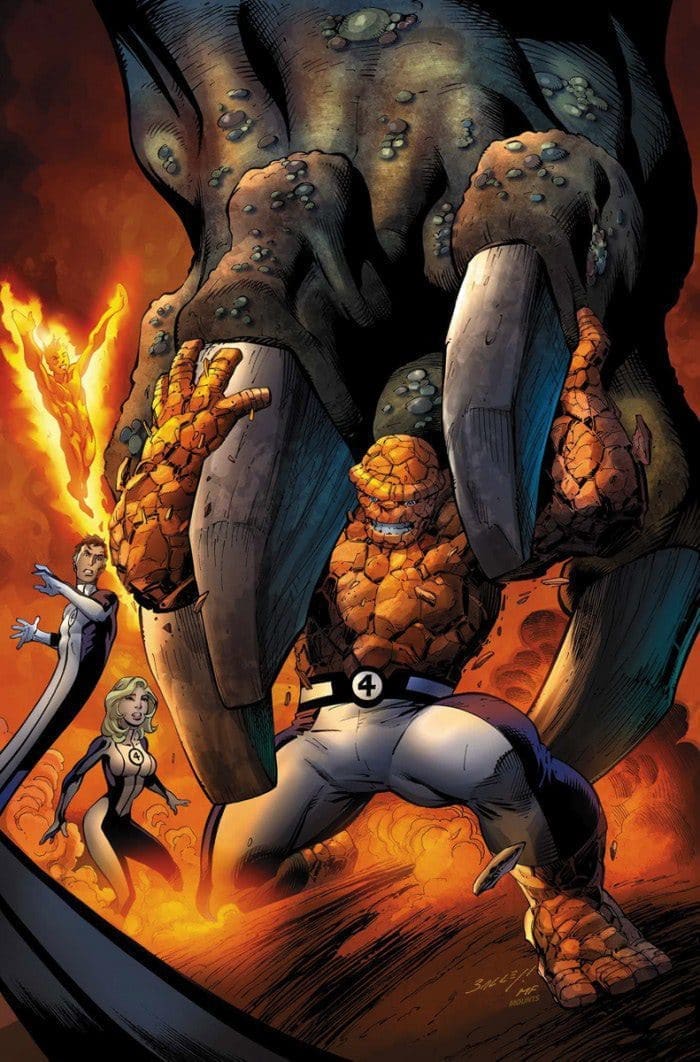 It’s been twelve issues since Reed Richards discovered that the Fantastic Four’s bodies were breaking down at a molecular level—can we please start to feel close to finding out something? Romping through time to meet Julius Caesar and discover new planets has run its course and the fact that we as readers know practically nothing more at the end of Fantastic Four #12 than we did a year ago is starting to become a real problem for this book. Making matters worse is writer Matt Fraction’s eminent departure following this issue; his deft handle of the characters and their particular voices has been a strongpoint of this series even if the plot has been sputtering and stalling.

Time travel is a fallback for a lot of narratives within comics, and while the Fantastic Four is absolutely the best fit for these kinds of stories, there needs to be some purpose behind it. In Fantastic Four #12, the family begins the issue separated in time and by the end of it they’re reunited but have learned nothing about their situation in the meantime, so there seems to have been no narrative reason to displace half the group in the past and the other in the future. Speaking of the future, Old John Storm provides little insight into the situation at hand even though he’s the only one that should theoretically know how the Fantastic Four survive their current dilemma. It’s maddening when John Storm tells the team, “You guys are getting out of here” but can’t remember how. Someone should be asking him where the rest of his Fantastic Four teammates are.

I’m still not a fan of Mark Bagley’s art on this title, a main point of contention for me being that Johnny and Franklin often look alike in most panels. His lack of details in the faces of the team deduct from the life that Fraction writes into their word balloons, although his landscapes of Celeritas are quite vibrant in this particular issue. Moving forward, I can only hope that Bagley and new series writer Karl Kessel are able to make much more happen with the endgame that Fraction has laid out for them.

‘Fantastic Beasts and Where to Find Them’ Film Franchise to Expand...