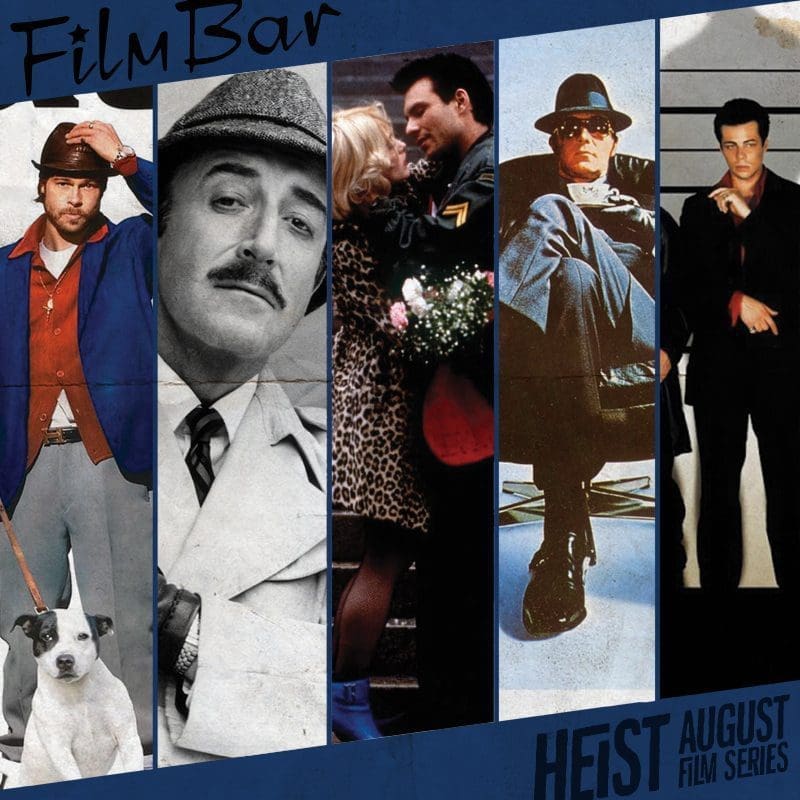 The Filmbar in Phoenix continues their monthly series of classic films and cult favorites with a new lineup starting at the end of July.  This new lineup showcases films that include one of the most exciting plot devices, a heist.  Some of the best action movies are centered around a good heist.  Half the fun is just watching the plan unfold as our main characters figure out some bold scheme to obtain their macguffin.  Whether or not they succeed in their plan is irrelevant for us.   If the film has done its job, then we will be entertained solely on the ensemble cast and their interactions, or the lone wolf trying to prove they still have what it takes, or the cavalcade of mishaps that inevitably leads them to reassess their whole agenda.  However the story develops, we remain enthralled by our victorious misfits and will follow them into every dark alley or laser-protected bank vault.  Tickets are currently on sale at $7 each and can be purchased at www.thefilmbarphx.com or http://goo.gl/SU7RJv.  Additional show times will be added during the month.

The Pink Panther – August 7 to August 13

Bumbling and conceited French police inspector Clouseau tries to catch The Phantom, a daring jewel thief whose identity and features are unknown – and is acting right under his nose.

Clarence marries hooker Alabama, steals cocaine from her pimp, and tries to sell it in Hollywood, while the owners of the coke try to reclaim it.

Comic caper movie about a plan to steal a gold shipment from the streets of Turin by creating a traffic jam.

The Usual Suspects – August 28 to September 3

A sole survivor tells of the twisty events leading up to a horrific gun battle on a boat, which begin when five criminals meet at a seemingly random police lineup.

A Walk Among The Tombstones – Trailer