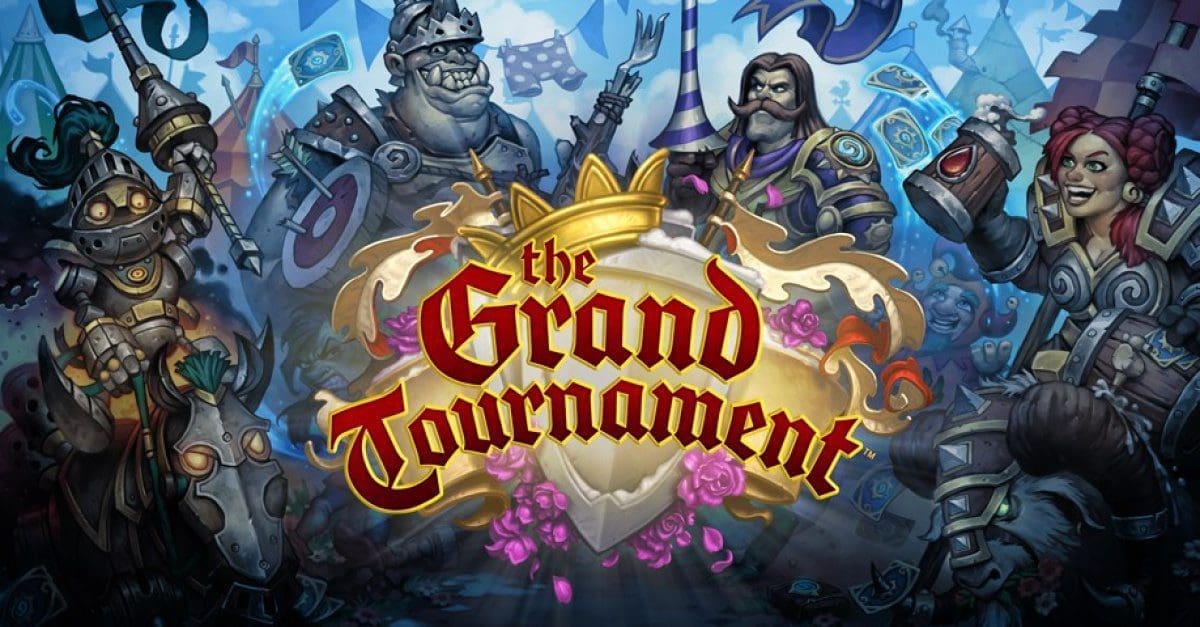 Blizzard has officially unveiled the newest expansion to their very popular Warcraft-themed digital card game, Hearthstone. The Grand Tournament is a slightly silly take on the Argent Tournament, where knights from all across the realm were gathered together to prove their worth against the best of the best. It seems everyone from night elves and humans, to dragons and murlocs all mounted up and made their way to the Grand Tournament atop their noble steeds.

The Grand Tournament will add 132 new cards as well as a new mechanic: “Inspire”. Both Inspire and some of the new cards abilities focus on the use of each hero’s “hero power” with effects such as a reduced mana cost, or raising the once-per-turn limit we’ve grown accustomed to. The set is slated to go live next month. Those interested can learn more about Inspire as well as see a sneak peek of some of the new cards over at thegrandtourney.com. Update: Players can now preorder fifty booster packs of The Grand Tournament cards for fifty dollars. Buying in bulk definitely has its perks, you get a cheaper price per pack (normally $1.50 each, $3 for two) as well as a sweet card back to boot. For those of us planning to buy packs anyway, this deal definitely deserves some attention. The Grand Tournament will officially begin August 24th!