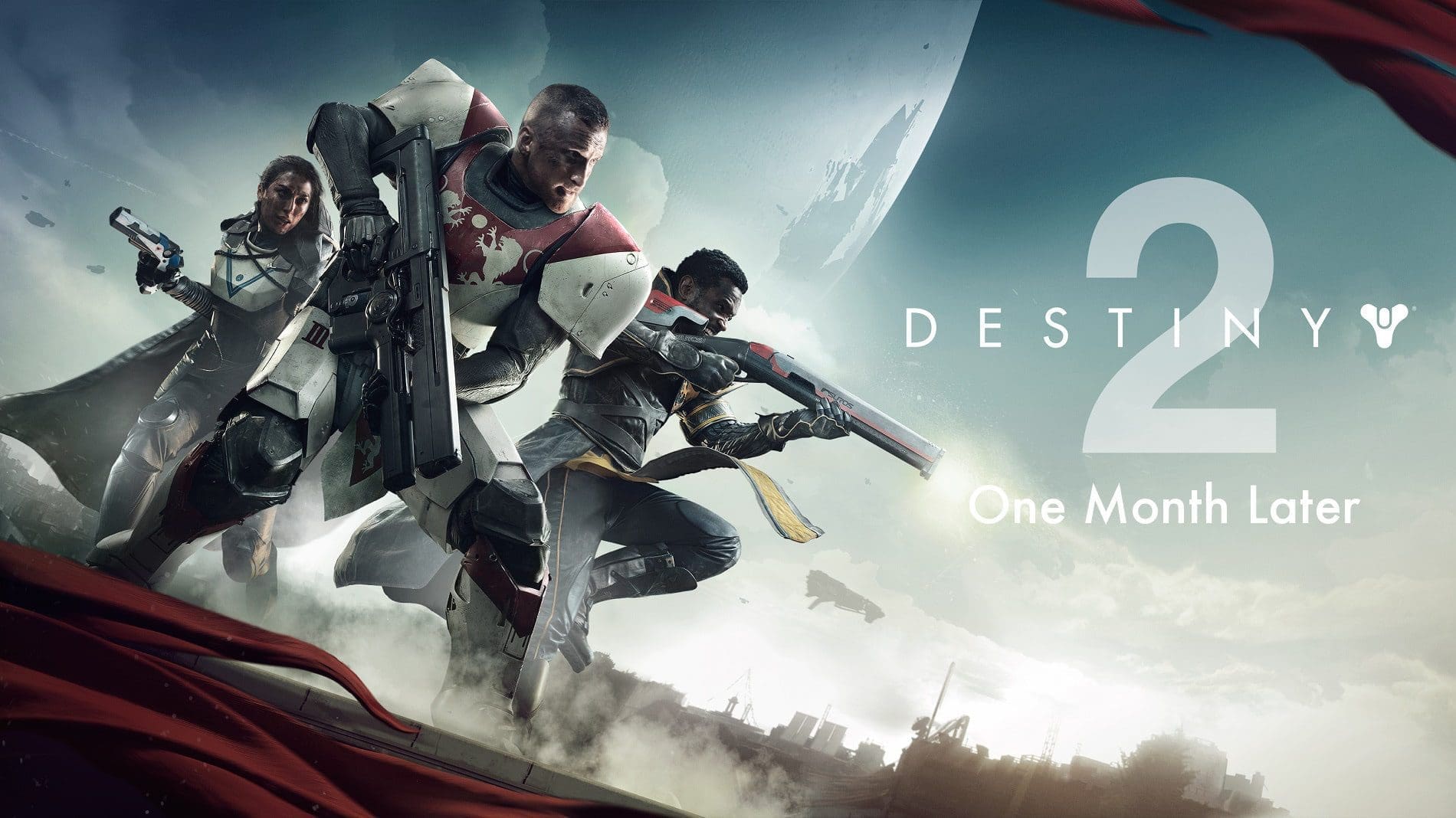 There’s no denying the phenomenon that is Destiny. It took the gaming world by storm in 2014 as longtime Halo developer, Bungie, stepped away from the juggernaut franchise that made them famous and embarked on a new journey. This new, exciting MMORPGFPS (because that’s a thing now) redefined social play on console but was plagued by a bare-bones launch. A lack of content followed by an initially lackluster DLC offering hamstrung the game and turned many gamers away. Destiny revitalized itself with a pseudo-relaunch alongside a massive DLC update, The Taken King, which one year after its initial launch. Unfortunately, many players didn’t come back for The Taken King and are understandably gun shy about buying Destiny 2. Gaming is a very expensive hobby and when you can only afford a couple games a year there’s no room for doubt. This is exactly why I wasn’t going to buy Destiny 2.

I played Destiny from the ground floor; I poured countless hours into the alpha, even more into the beta, then got the game on day one. Once I beat the campaign, there wasn’t enough to keep me hooked, so I left the game for a bit. I then came back for The Taken King and fell in love all over again. After a couple months, I fell out of the loop again and missed enough updates to feel like an outsider. 2017 is, so far, one of the best years in video games of all time. I can afford two, maybe three more games this year and Destiny 2 dropped off my list rather early given the doubt that I had. I didn’t bother with the beta, I passed right by it at E3, and didn’t give it much thought with everything else on my radar. But as the release date inched closer and closer and other personalities in the industry started talking about it. When I stopped to think about the time I actually spent with Destiny, it was a largely positive experience. While losing all the old progress was off-putting to some players, to me it was a perfect reason to jump back in, even keel with everybody else. Not to mention the majority of my gaming is done on my special edition Destiny: The Taken King PS4 console so I think I was contractually obligated to pick up Destiny 2 anyway. I took a leap of faith and bought Destiny 2, a decision I have absolutely no regrets about. We’re now one month into Destiny 2, and I want to take a look at the experience so far and what is on the horizon for this epic space saga.

In the first month of Destiny 2’s life, Bungie was extremely proactive in outlining the content set to drop each day over the course of the first four weeks as we eased our way into welcoming back factions, trials, and a delightfully punishing raid. From the start, Destiny 2 players had access to an interesting, compelling campaign that introduced the three new subclasses very early on. As the only initial option, the game forces players to explore the changes these new classes have made as Titan Defenders, Warlock Sunsingers, and Hunter Bladedancers are now a thing of the past. As the game’s tagline promises: “new legends will rise” and with those legends come Titan Sentinels, Warlock Dawnblades, and Hunter Arcstriders replacing the previous void, solar, and arc subclasses respectively. I felt the new subclasses were balanced well and I ultimately enjoyed being thrown into new playstyles. Once enough progress is made in the campaign, more content becomes available including Strikes, Crucible, and Patrols. Destiny 2 places an early priority on campaign progress rather than constant patrol missions that seemed to plague its predecessor. Players also had access to Nightfall Strikes and Flashpoints during Destiny 2’s first week, giving just enough endgame content to hold everyone over for the additions in the following weeks.

Week two saw many major additions to Destiny 2: the first raid, the successor to Trials of Osiris (now dubbed Trials of the Nine), and everyone’s favorite merchant, Xur. With major additions to both the PvP and PvE offerings as well as Xur’s selections of new exotics floating around, there was more than enough to keep players busy as countless fireteams strove to be the first conquerors of the new raid. Xur’s offerings and appearances have slightly changed since Destiny 1. While he still appears Friday to Sunday, he is now found on random planets in the wild as opposed to the various nooks and crannies of the Tower. His selections are also more streamlined this time around now offering one armor piece for each class and one weapon. Strange coins are no longer his currency of choice, players can now purchase his wares in exchange for legendary shards which are gained through engrams or dismantling legendary or exotic gear. As someone who often struggled to secure enough strange coins to afford even one item from Xur, I found myself more than able to afford whichever pieces I desired.

Week three continued the weekly trend of a new Nightfall Strike, Flashpoint location, Trials of the Nine map, and selection from Xur. Otherwise, the next major change didn’t drop until week four. Week four saw the return of the three major factions from Destiny 1: Dead Orbit, Future War Cult, and New Monarchy Those familiar with these three groups may remember pledging allegiance to one of the three factions which diverted all reputation gain to the faction rather than the vanguard or crucible. This time around faction reputation is earned separately from other reputation gained around the solar system and brought a bit of competition in its triumphant return. The factions now host periodic rallies where players pledge themselves to a faction and have one week to earn as much reputation as they can. The faction that earns the most reputation will offer a unique weapon for sale with a major discount to players that pledged themselves to the victors.

As you can see, there has been a steady rollout of content to keep Guardians busy even after the campaign with even more on the way. While some of these additions were staples in the first Destiny, there were enough new updates to keep it interesting and a whole host of quality of life improvements that led to a much smoother launch. I was worried that after the first couple of weeks I’d be stuck waiting for more DLC but it seems Bungie has paced the rollout of new content well. In just a couple days we’ll welcome back the Iron Banner to further spice up the Crucible with some gorgeous new armor to boot.

Destiny 2 has, in my opinion, has certainly hit the ground running and learned from some of their mistakes last time around. All in all, it hasn’t changed much; Destiny is still a melting pot of game genres with a little bit of something for everyone. Destiny can be played solo, but its longevity is largely dependent on multiplayer and exploring with friends. So find yourself a fireteam and strap in for a fun ride.

[…] There’s no denying the phenomenon that is Destiny. It took the gaming world by storm in 2014 as longtime Halo developer, Bungie, stepped away from the juggernaut franchise that made them famous and embarked on a new journey. This new, exciting MMORPGFPS (because that’s a thing now) redefined social play on console but was plagued by a bare-b… Geek News Network […]

Another Fight Is Coming Your Way… Eventually | Street Fighter V...