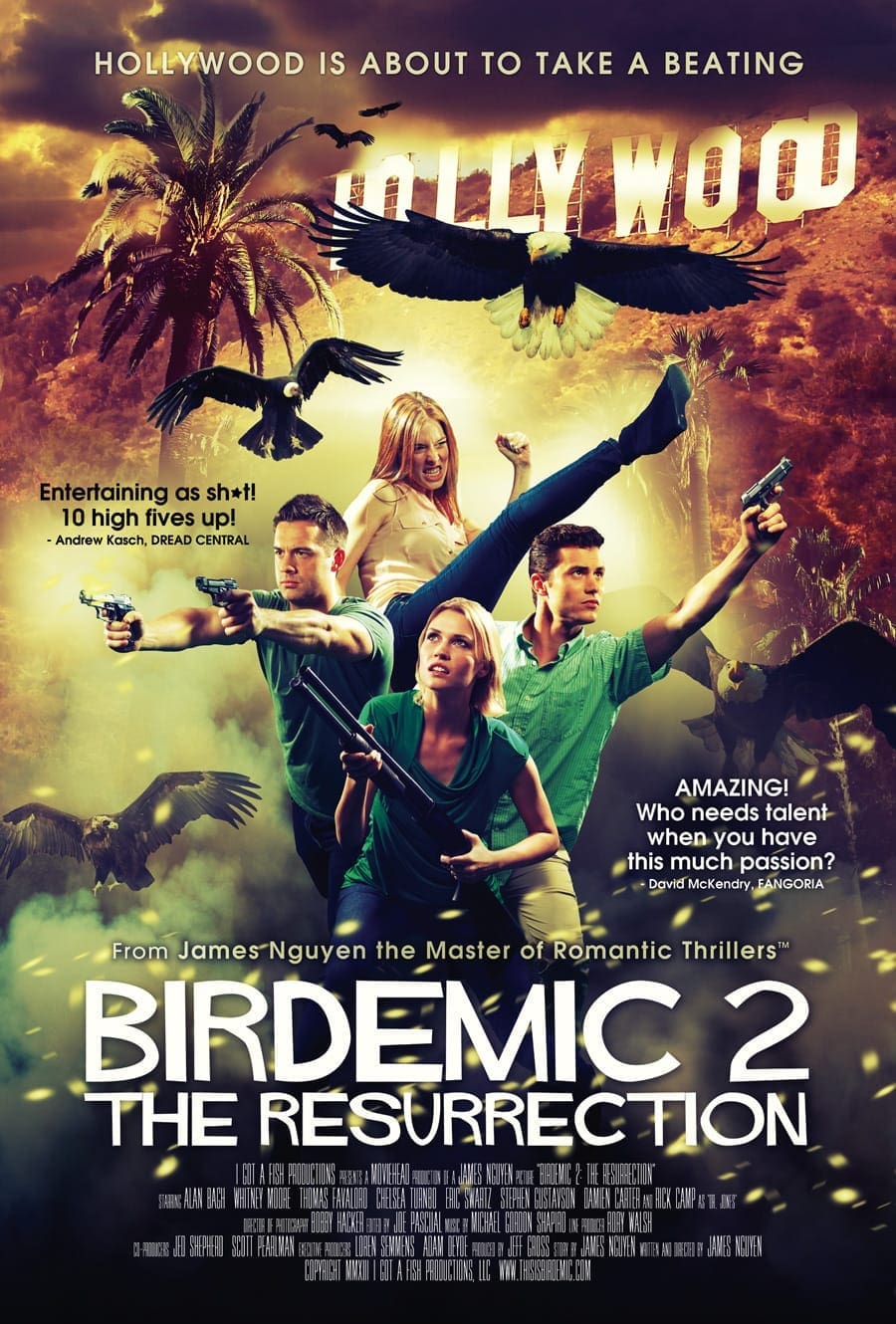 The Master of the Romantic Thrillers, James Nguyen is back with his highly anticipated sequel to Birdemic and FilmBar has the Arizona premier on Saturday April 13th at 10pm. Birdemic 2: The Resurrection tickets, trailer and more here: http://goo.gl/LOfyi

LOS ANGELES, CA — The squawking fan gets the sequel – two months sooner than expected. The highly anticipated film ‘Birdemic 2: The Resurrection,’ written and directed by the Master of Romantic Thrillers™ James Nguyen, will be flying into select major cities worldwide in April 2013.

In response to an unexpectedly large number of fans being cuckoo for these killer birds, the film’s production company I Got a Fish Productions turned down standard distribution deals at the last minute to remain independent and push the self‐theatrical distribution of ‘Birdemic 2: The Resurrection’ ahead of its previously anticipated June 2013 release date.

“The main reason behind our decision to bypass traditional distribution was simply to get this film into the fans’ hands quicker,” producer Jeff Gross said. “We had a private screening for a few media outlets last week, and the feedback was fantastic.” He adds, “James is a true Hollywood outsider and his unique vision of Hollywood under ecological and avian distress is on full display in this film. We can’t wait for fans to take it all in.”

In this sequel to cult favorite ‘Birdemic: Shock and Terror,’ a flock of giant, prehistoric eagles and vultures wreak havoc amidst blossoming love in Hollywood, California, leaving bloodshed and destruction wherever they hover. The story features original ‘Birdemic’ survivors Rod and Nathalie, who are joined by new friends, as well as other Angelenos in their battle with these deranged birds. Fans can expect the same quality they’ve come to know from a James Nguyen film, only a whole lot more of it.

“My goal was to ensure that James had complete creative control over his sequel. He sees himself as a true auteur, and he’s dead serious about his craft,” Gross said. “I honestly had no idea how a ‘Birdemic’ sequel would turn out. But once I saw the script, I knew it had to be made. Creatively, I’m thrilled with the final product, and I’m happy to call this ‘an experiment that worked.’”