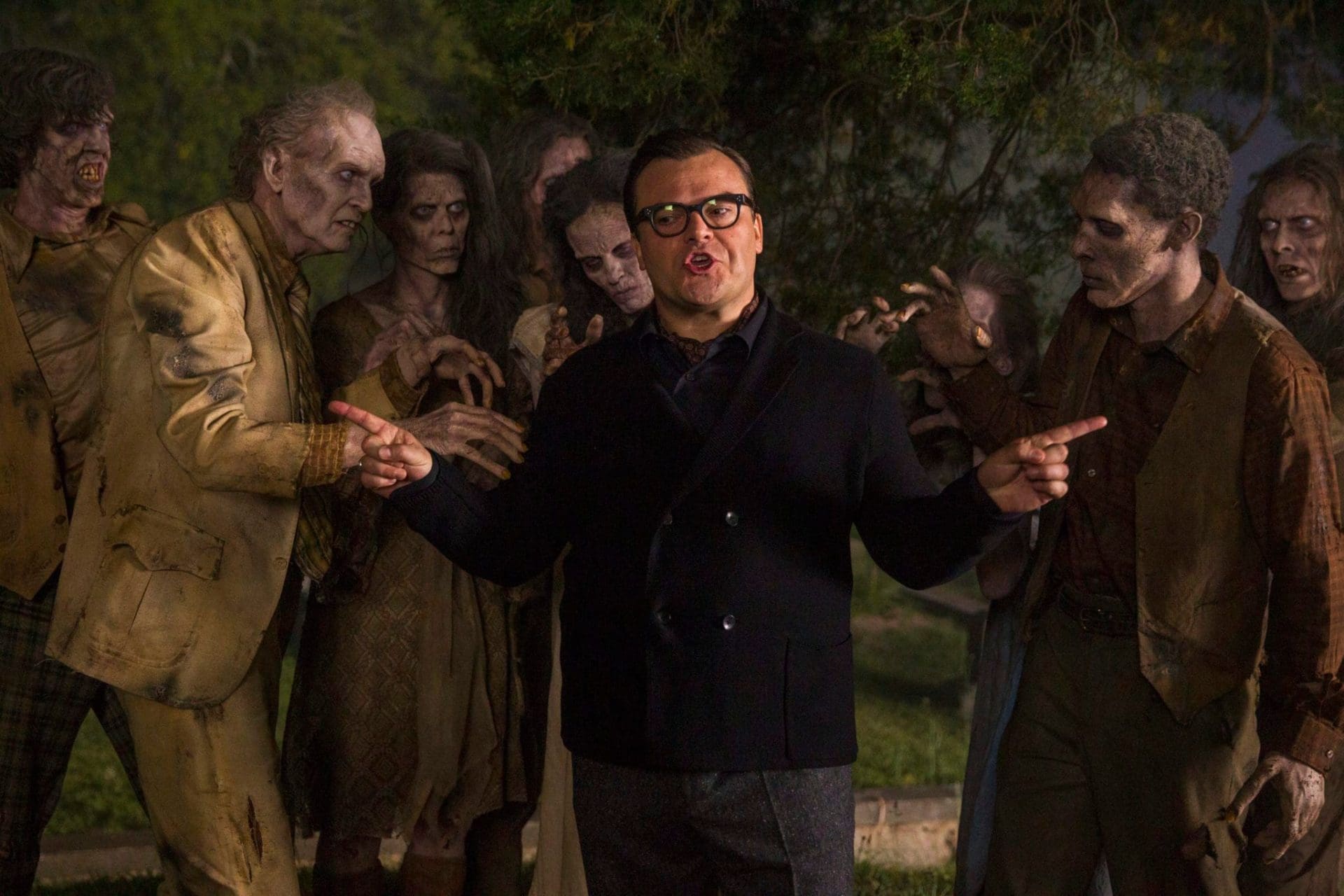 Upset about moving from a big city to a small town, teenager Zach Cooper (Dylan Minnette) finds a silver lining when he meets the beautiful girl, Hannah (Odeya Rush), living right next door.  But every silver lining has a cloud, and Zach’s comes when he learns that Hannah has a mysterious dad who is revealed to be R. L. Stine (Jack Black), the author of the bestselling Goosebumps series.  It turns out that there is a reason why Stine is so strange… he is a prisoner of his own imagination – the monsters that his books made famous are real, and Stine protects his readers by keeping them locked up in their books.  When Zach unintentionally unleashes the monsters from their manuscripts and they begin to terrorize the town, it’s suddenly up to Stine, Zach, and Hannah to get all of them back in the books where they belong.

Based on the Goosebumps Book series:  Published by Scholastic and written by R.L. Stine

Scholastic has sold over 400 million Goosebumps books worldwide in 32 languages since the series introduction in 1992, earning critical acclaim and dominating global best seller lists. R.L. Stine has been recognized as one of the bestselling children’s authors in history.

This film is not yet rated by the Motion Picture Association of America.  For future rating information, please visit www.filmratings.com.