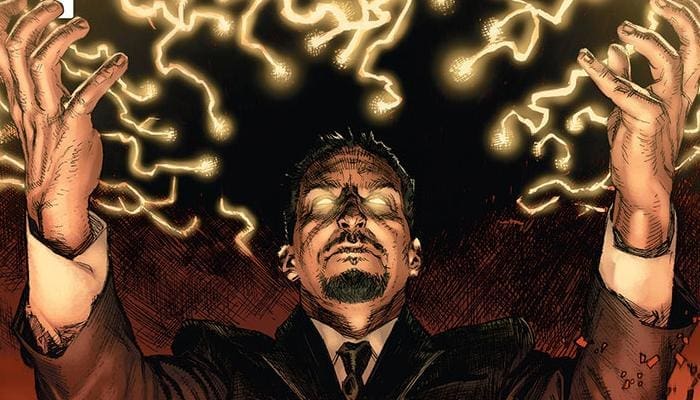 In the wake of the devastating events of “Death of a Renegade,” the team has been shattered and a teenage Renegade lies dead – a victim of the Harbinger Foundation led by omega-powered psionic Toyo Harada. Out of the ashes of HARBINGER #25, find out what happens when the full extent of Harada’s secret empire is exposed to the public, and just the how Peter Stanchek and the surviving members of the Renegades recover from a catastrophic loss that has changed their lives…their team…and their destinies forever.

A powerful new phase begins for the series that Comic Book Resources calls “surprising and emotional…[and] filled with surprises” right here on August 6th, only in HARBINGER: OMEGAS #1 (of 3)!

Valiant is also proud to announce that HARBINGER #23 – the second shocking chapter of “Death of a Renegade,” featuring the fall of one of the Renegades’ own – has sold out at the distributor level and will soon return with a new printing in July. Look for the HARBINGER #23 SECOND PRINTING on store shelves on July 16th – right alongside the 48-page HARBINGER #25 anniversary spectacular, featuring Joshua Dysart, Khari Evans, Vivek J. Tiwary, Lewis LaRosa, Dan Goldman, Clayton Henry, and more!