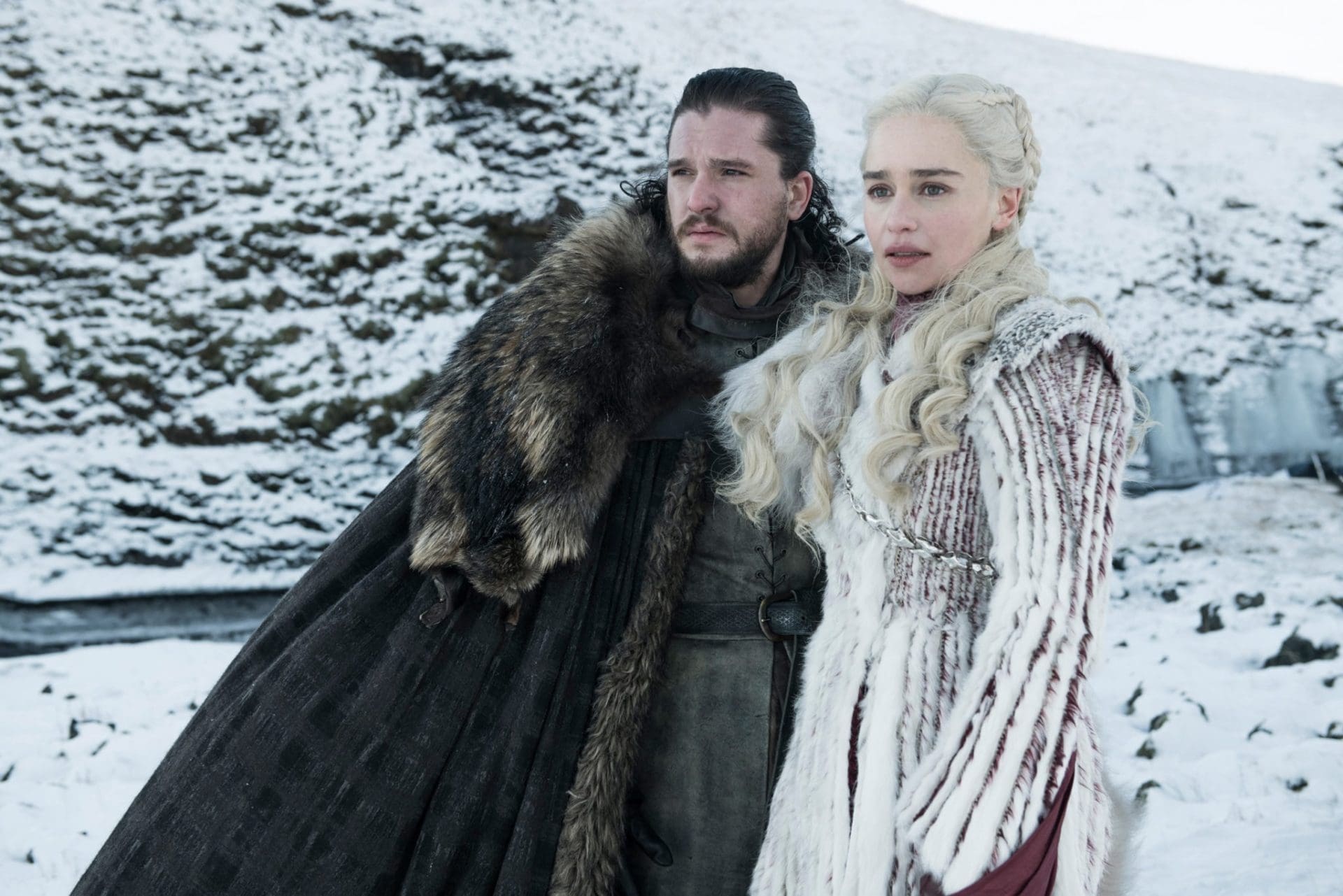 With well over 100 licensees globally, GAME OF THRONES is most-licensed program in HBO history.

Belfast, Northern Ireland is home to Titanic Studios, which has six shooting stages that housed the interiors of Winterfell, Castle Black, High Hall of the Eyrie, the Sky Cells in the Eyrie, the Hall of Faces, the House of Black and White, the Great Sept of Baelor, the Great Pyramid of Meereen Throne Room and the iconic King’s Landing Throne Room.

Overall, the show totaled 105,846 days for extras across all seasons and countries.

The series has utilized a total of 40 VFX houses in 13 countries, including the U.S., Canada, the U.K., Northern Ireland, Spain, Germany, Australia, New Zealand, Ireland, China, France, Sweden and India. There were 13,250 VFX shots in the first seven seasons of the series.

Since season four, the SFX teams utilized 24,421 pounds of silicone (for prosthetics) and 1,102 pounds of Coffee Mate© (for pyrotechnics). The longest prosthetics applications were for the Children of the Forest and the Mountain, which took seven hours.

Over the course of eight seasons, GAME OF THRONES has used 12,137 wigs and hairpieces. Deanerys’ wig color and style are the result of more than two months of testing and seven prototypes.

The eighth and final season of GAME OF THRONES, which filmed in Northern Ireland, Spain, Iceland and Canada, debuted on SUNDAY, APRIL 14. Catch up on the first seven seasons on HBO NOW, HBO GO, HBO On Demand and partners’ streaming platforms.

Claim Your Advanced Screening Passes To THE SPACE BETWEEN US! [Arizona]

Harrison Ford Added To The Cast Of Expendables 3