What is Game On Expo?

Game On Expo, according to the organizers, is Arizona’s premier gaming convention.  To the fans, it is an adrenalin rush of all types of gaming, eSports tournaments, amazing panels, high profile guests, and other oddly interesting events.  When it started out in 2015, it was focused on retro video gaming which is how it solidified its rather dedicated fan base.  In the intervening years, they have added more and different types of gaming, expanding each one as they can.  This year’s event is, at least to my eyes, their most ambitious endeavor yet, and I’m excited to check it out!

The first two years of Game On Expo were held at the Mesa Convention Center which is a great venue for a new convention to get its legs.  Last year, they held the event in the Phoenix Convention Center, and they return to downtown Phoenix this year (August 10-12).  The show is growing very quickly which shows that the organizers are doing something right.

What am I excited about?

To be perfectly honest, Game On Expo is one of my favorite conventions every year.  The reason for this is that it’s unique.  There isn’t another convention that is even remotely similar to it, at least not in Arizona, there’s always something new and interesting to experience.

The first thing that comes to mind are the musical guests.  They have eight nerdy or nerd-adjacent musical artists and DJs performing – half on Friday night, half on Saturday.  The schedule can be found here, but the ones that interest me are Mega Ran and the Minibosses.

Next, we have the Sumuji Maid Café and Dobutsu Lounge on Saturday.  These are things I had never heard of, but they sound like a lot of fun!  The maid café touts food, games, and the talents of charming maids and butlers.  While the Dobutsu Lounge is a late-night hostess lounge with drinks, games, and talented individuals, apparently.  I’m not sure exactly what to expect, but I’m going to be there!

Also, Game On is hosting the Classic Tetris World Championship Desert Qualifier.  I will not be participating in this as my Tetris skills are, well, terrible, but it’s certainly a very cool event that I may find myself watching.

As a board game enthusiast (see my review of Starfinder), I am always on the lookout for events that have robust support for them, and Game On has gone above and beyond this year.  I won’t be able to list everything that I’m interested in here as the article would be probably 10,000 words that no one would read.  But take a look at all the board games, D&D, and Pathfinder (oh, my)!

In addition, there are a whole host of very intriguing panels.  On Friday, I’d like to check out E-sports and The Law and Black Nerd Comedy.  Saturday has The Gaming Discourse: Top 10 Games of All-Time!  And Sunday, I will be looking to enjoy: Streaming in Arizona: Learn from Our Mistakes, Dead Malls & Urban Exploration, and Rampage to the Rock.

A few quick hits that are interesting to me: a visual novel library (new this year); open play of 300+ tabletop board games; various card game tournaments; and a 21+ pre-party at The Grid.

And last but not least, and a contractual obligation due to her being my sister-in-law, Courtney Leigh Creations is a guest at the convention.  She is a local costume designer, cosplay artist, and streamer that is pretty awesome.  All joking aside, Courtney is an amazingly talented person in many ways and a wonderful person to boot.  If you get the chance, visit her booth and tell her I sent you!

As you can see, there are tons of things to do at Game On Expo, and I plan to do at least some of them.  If you want to join me in the fun, go buy your tickets! 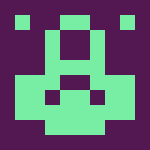