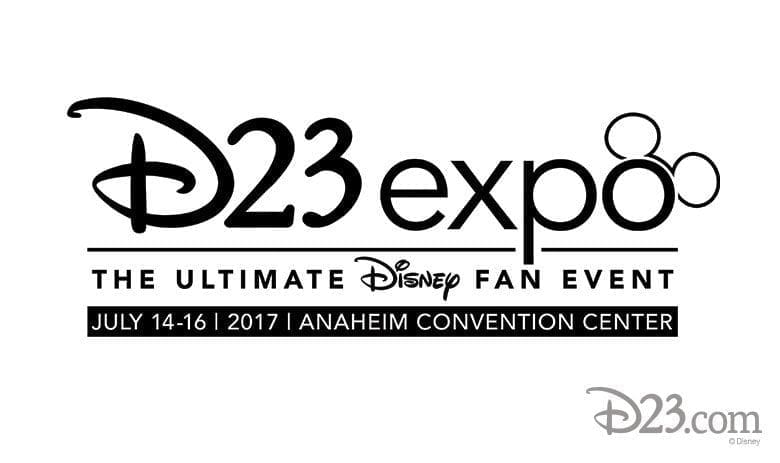 GO BEHIND THE SCENES WITH THE WALT DISNEY STUDIOS, PIXAR, MARVEL, STAR WARS, AND WALT DISNEY PARKS AND RESORTS AT D23 EXPO 2017

Fan-Favorite Events, Including the Disney Legends Awards Ceremony, Plus a New Concert by Alan Menken, Take Center Stage in the 6,800-Seat “Hall D23” Venue at the Anaheim Convention Center.

D23: The Official Disney Fan Club has announced the lineup of the most highly anticipated presentations at D23 Expo 2017, July 14–16. The Disney Legends Awards Ceremony, hosted by Disney Chairman and CEO Bob Iger, will kick off the Expo on Friday morning, July 14. Later that same day, The Walt Disney Studios will give fans a sneak peek at all the latest from Walt Disney Animation Studios and Pixar. On Saturday morning, The Walt Disney Studios will preview the coming slate of live-action films from Disney, Marvel, and Lucasfilm. Then, on Saturday afternoon, fans will get a preview of what’s in store at Walt Disney Parks and Resorts during a presentation hosted by Parks and Resorts Chairman Bob Chapek. Sunday afternoon, Disney Legend Alan Menken will take fans on a musical journey during an all-new concert.

These Expo favorites will take place in “Hall D23,” the 6,800-seat venue located in Hall D of the Anaheim Convention Center. The schedule of Hall D23 Events and Presentations are as follows (all events subject to change):

The Walt Disney Studios will present a behind-the-scenes look at its blockbuster collection of upcoming films in two jam-packed Hall D23 sessions. At 2:30 p.m. on Friday, fans will discover what’s on the drawing board for the acclaimed filmmakers at Walt Disney Animation Studios and Pixar Animation Studios. On Saturday at 10:30 a.m., Disney, Marvel, and Lucasfilm showcase the Studios’ exciting slate of live-action films. As always, attendees will be treated to exclusive footage, special guest appearances, and more!

On Saturday, July 15, at 3 p.m., step into the worlds of magic of Walt Disney Parks and Resorts with Chairman Bob Chapek to find out what’s new and what’s next for resorts around the globe.

To round out the weekend, Disney Legend Alan Menken will perform his exciting new one-man show, A Whole New World of Alan Menken. The eight-time Oscar®-winner introduced new generations to musicals through such box office hits as Beauty and the Beast, The Little Mermaid, Aladdin, Pocahontas, The Hunchback of Notre Dame, Enchanted, and Tangled, as well as the Broadway shows Little Shop of Horrors, Sister Act, Newsies, and A Bronx Tale, as well as the ABC television series Galavant. Menken will perform his own music and share entertaining anecdotes about his unrivaled career during the show, which will be performedSunday, July 16, 2017, at 1:30 p.m. and 5 p.m. in Hall D23 at the Anaheim Convention Center.

D23 Expo—The Ultimate Disney Fan Event—brings together all the worlds of Disney under one roof for three packed days of presentations, pavilions, experiences, concerts, sneak peeks, shopping, and more. The event, which will take place July 14–16 at the Anaheim Convention Center, provides fans with unprecedented access to Disney films, television, games, theme parks, and celebrities. For the latest D23 Expo 2017 news, visit D23expo.com. Presentations, talent, and schedule subject to change. To join the D23 Expo conversation, be sure to follow DisneyD23 on Twitter, Facebook, Pinterest, Instagram, and YouTube, and use the hashtag #D23Expo.

The name “D23” pays homage to the exciting journey that began in 1923 when Walt Disney opened his first studio in Hollywood. D23 is the first official club for fans in Disney’s 90-plus-year history. It gives its membersa greater connection to the entire world of Disney by placing them in the middle of the magic through its quarterly publication, Disney twenty–three; a rich website at D23.com with members-only content; member-exclusive discounts; and special events for D23 Members throughout the year.

Fans can join D23 at Gold and General Membership levels at D23.com and at DisneyStore.com/D23.

What to expect at Phoenix Fan Fest from a Geek Dad