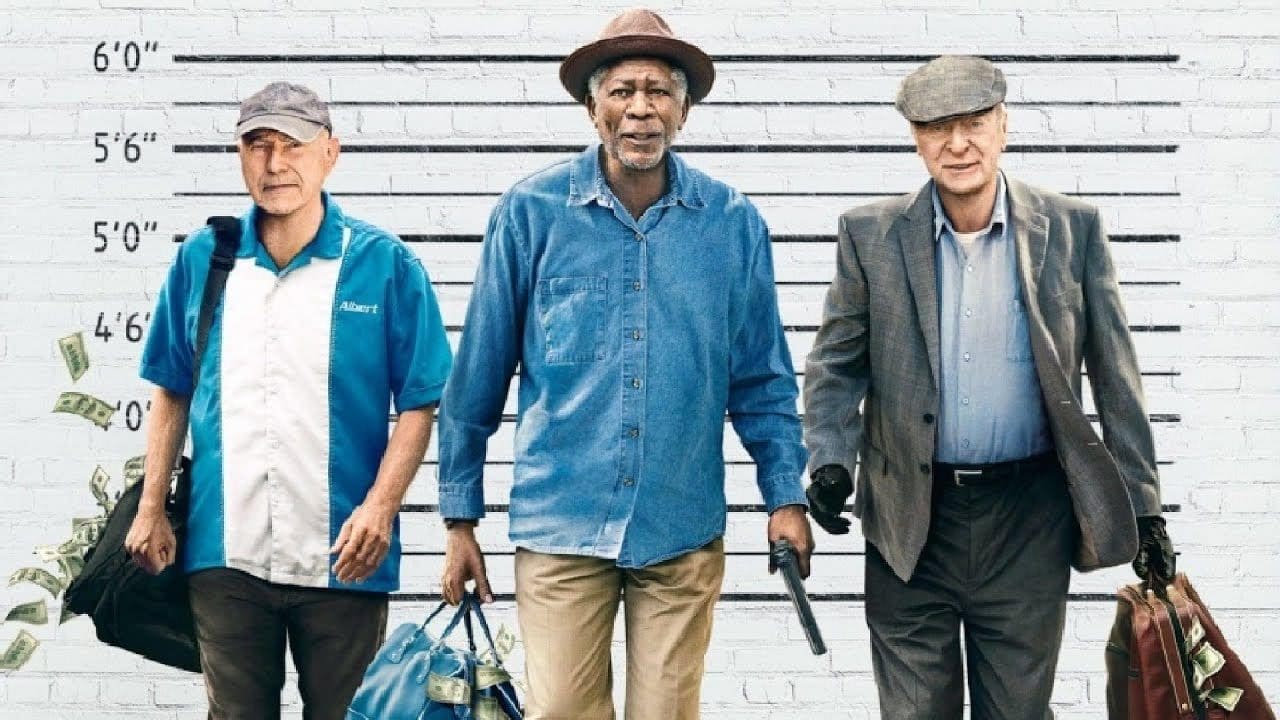 Getting older isn’t easy.  There’s an increase in the number of aches and pains one has to deal with, coupled with less energy in which to do so.  There’s also the trouble, for most folks, of having to deal with a fixed income that is lasting less time, even as people are living longer after retirement.  In a remake of the 1979 movie of the same name, Going In Style shows us that some of those financial issues have not changed much in the last, almost 30 years.

We find the three main characters, Willie (Morgan Freeman), Joe (Michael Caine), and Albert (Alan Arkin), all living in the same homes across from each other, where they have lived the last 40 some years, having worked together and been there for each other through their lives.  Things are not easy, but they get by, and life is good.  Until the money problems start.  The three worked at and retired from, the same factory, only their pensions have not been paid for the last few months.  Social Security not being enough to cover anything, money has become a major issue for all three, though with slightly different focus.

Joe’s daughter and granddaughter have moved in with him, and are relying on him for a roof over their heads.  A roof that the bank is looking to take away.  Willie is on dialysis and has just been given the one-two combo of the unlikeness of his getting a kidney transplant, plus the limited time he has to live without one.  His family lives far away, and he’s unlikely to see them before he passes.  Albert has a culinary habit to feed.  He cooks for his two pals and goes all out.  While at the bank, trying to keep his house, Joe is caught in a robbery and is inspired to pull off a bank job with his friends to recoup the pensions they’ve lost to that same bank.

Freeman, Caine, and Arkin are great fun to watch in this film.  They have great chemistry, and it looks as though they had fun filming it.  Freeman and Caine bring the right amount of gravitas to the more serious scenes, but they all have a chance to shine in the funny moments of the film.  Anne-Margret and Christopher Lloyd also add to the fun, with Lloyd bringing the flavors of what I imagine Reverend Jim from Taxi might be like in his golden years.  Braff does a good job with the direction, and his comedic skills are well represented here.  He also does well with the more serious scenes, but then, when you have so many Oscar winning and nominated actors and actresses, it’s a bit like cheating.

Of course, everything works out in the end for everyone.  No big surprise there.  But at the end of it, Going In Style is perfect for what it is; a light piece of fun entertainment.  Nothing too serious, nothing too loud, nothing too overly dramatic and complicated.  It is a refreshing, cool drink on a hot summer day that hits the spot without weighing you down.  Definitely worth seeing, though maybe not the first on the list with all the summer blockbusters flooding the cinemas.

About Going In Style

Synopsis: Desperate to pay the bills and come through for their loved ones, three lifelong pals risk it all by embarking on a daring bid to knock off the very bank that absconded with their money.

Writers: Theodore Melfi, based on the 1979 story by Edward Cannon