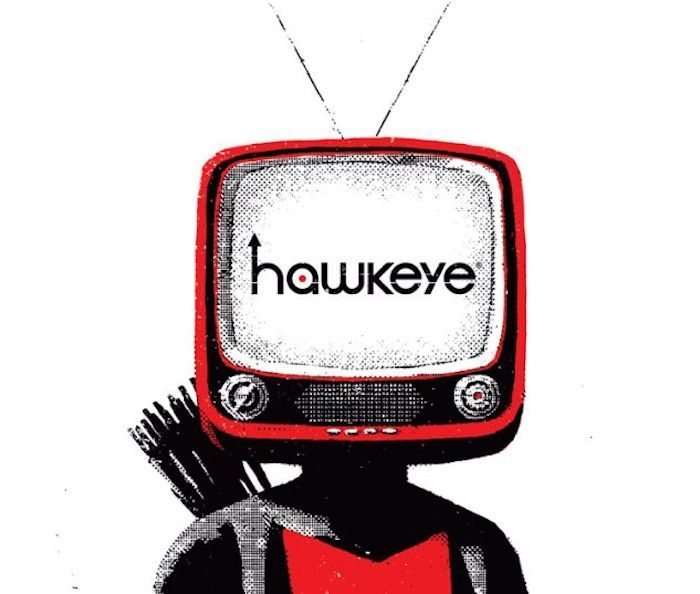 Chalk it up to me simply not “getting it” but Hawkeye #17 is the first time that I have been so utterly out of sync with the wackiness of series writer and overall eccentric Matt Fraction. Being a fan of this series has felt like punishment in recent months with its erratic shipping schedule resulting in long hiatuses between some issues and other issues being released out of order, but the content has always managed to pick up where the momentum has been lost. Hawkeye #17 offers a severely disconnected and empty diversion into a winter cartoon wonderland, only loosely tied to the series as a whole because of the last page on an issue from December 2012 in which Clint watches television with his neighbor’s ragtag group of kids on Christmas. Even with its originally intended release last month, Hawkeye #17 would have felt out of place as a pseudo-Christmas special but given the harrowing events of last issue and the cliffhanger that was left in place, this issue should have been dropped from the schedule entirely.

Don’t get me wrong:  I’m not opposed to weird issues of comics, especially those off-kilter ones from Hawkeye. I gladly took in each panel of the peculiar issue #11—which was presented entirely from the perspective of Clint’s pizza-loving dog, Lucky—and enjoyed that issue as an insanely inventive murder mystery. Hawkeye #17 shares a similar infatuation of having a dog in the lead role, though this is more “Hawkeye with Dogs” than a real substantial read. Granted, the concept of the track-suit wearing dingoes using the word “dog” like a certain group of track-suit wearing thugs use the word “bro” is instantly hilarious, but it’s a joke that dissipates almost immediately thereafter. What’s left is an obvious analogous adventure presented in a cartoon landscape where a group of super-powered animals are forced to call on their non-super powered dog friend Steve for help. Fraction has been covering Hawkeye’s misgivings as an Avenger since the start of this series, so to present it here under such a clumsy guise is not only frivolous but also wasteful. This is a series that is currently telling two concurrent stories and Hawkeye #17 serves neither one.

Art duties are divided between two artists—series regular David Aja and Chris Eliopoulos—with the former only contributing two pages that bookend an otherwise entirely new style for this series. Eliopoulos’s art is completely kid-friendly; it’s equal parts cheerful and expressive. Even when the dogs are attacking one another, there’s a harmless Saturday morning cartoon vibe to each page, so the melancholy nature that this title has been taking on recently is not present here. Most of the pages are divided into plain six-panel layouts that allow for larger images than the series normally possesses, but Jordie Bellaire remaining on colors allows the issue to still look like Hawkeye in some sense even if the characters are all cartoon animals.

Hawkeye #17 is not the issue of Hawkeye that I wanted, and I suspect most readers will be disappointed that this doesn’t serve either narrative being conducted right now. It’s an utterly skippable issue in a series that needs to get itself back on track, starting with a regular shipping schedule.