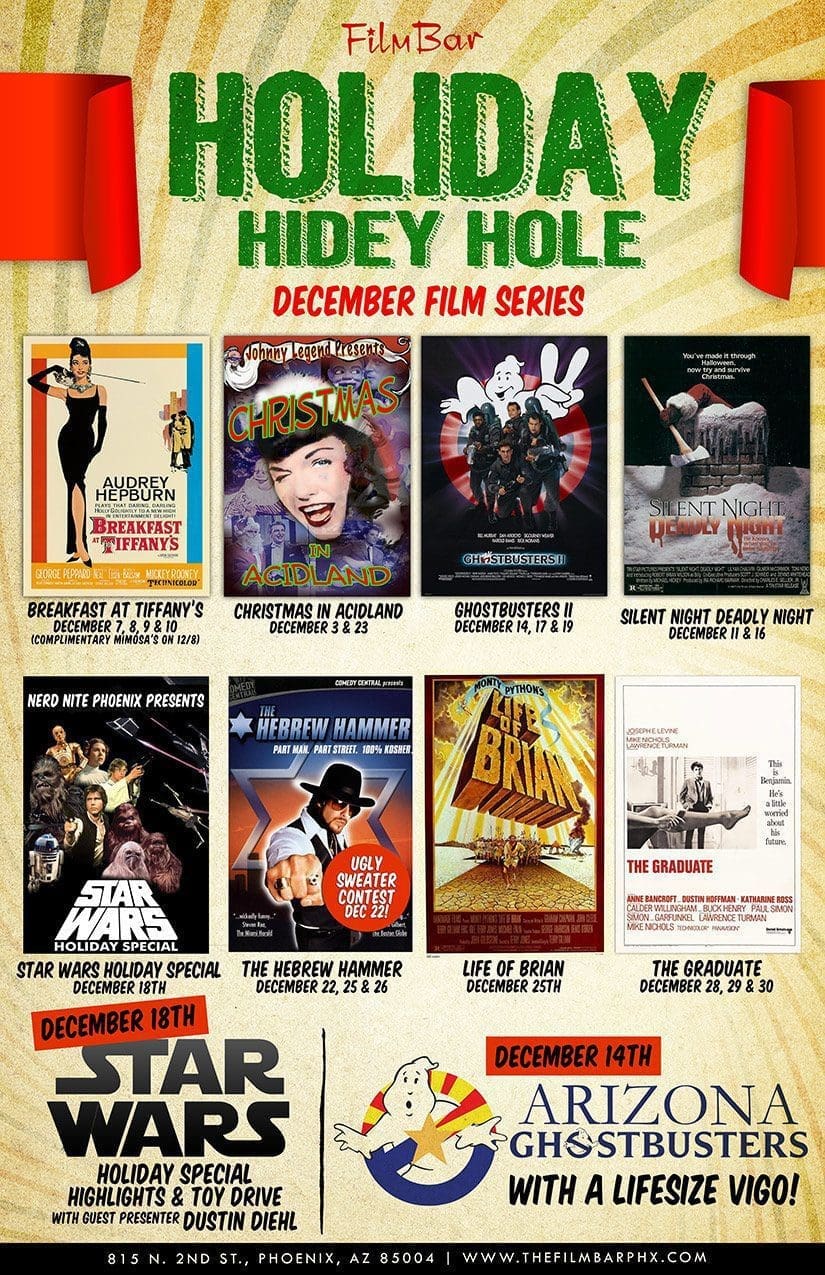 As part of its ongoing monthly film series, this December FilmBar provides refuge for those wishing to escape the season’s madness with holiday films & nostalgic classics! Breakfast at Tiffany’s with Mimosa’s, Ghostbusters II with the Arizona Ghostbusters & a life-size Vigo, plus The Hebrew Hammer and more. Tickets, show times & trailers can be found here: http://goo.gl/mJxgKj (additional show times added during the month).

Halloween At Disney: Mickey’s Not So Scary Halloween Party!

What is the ALS ice bucket challenge all about?