Geek News Network
Home News Event News THE IMITATION GAME was honored by the Human Rights Campaign with the... 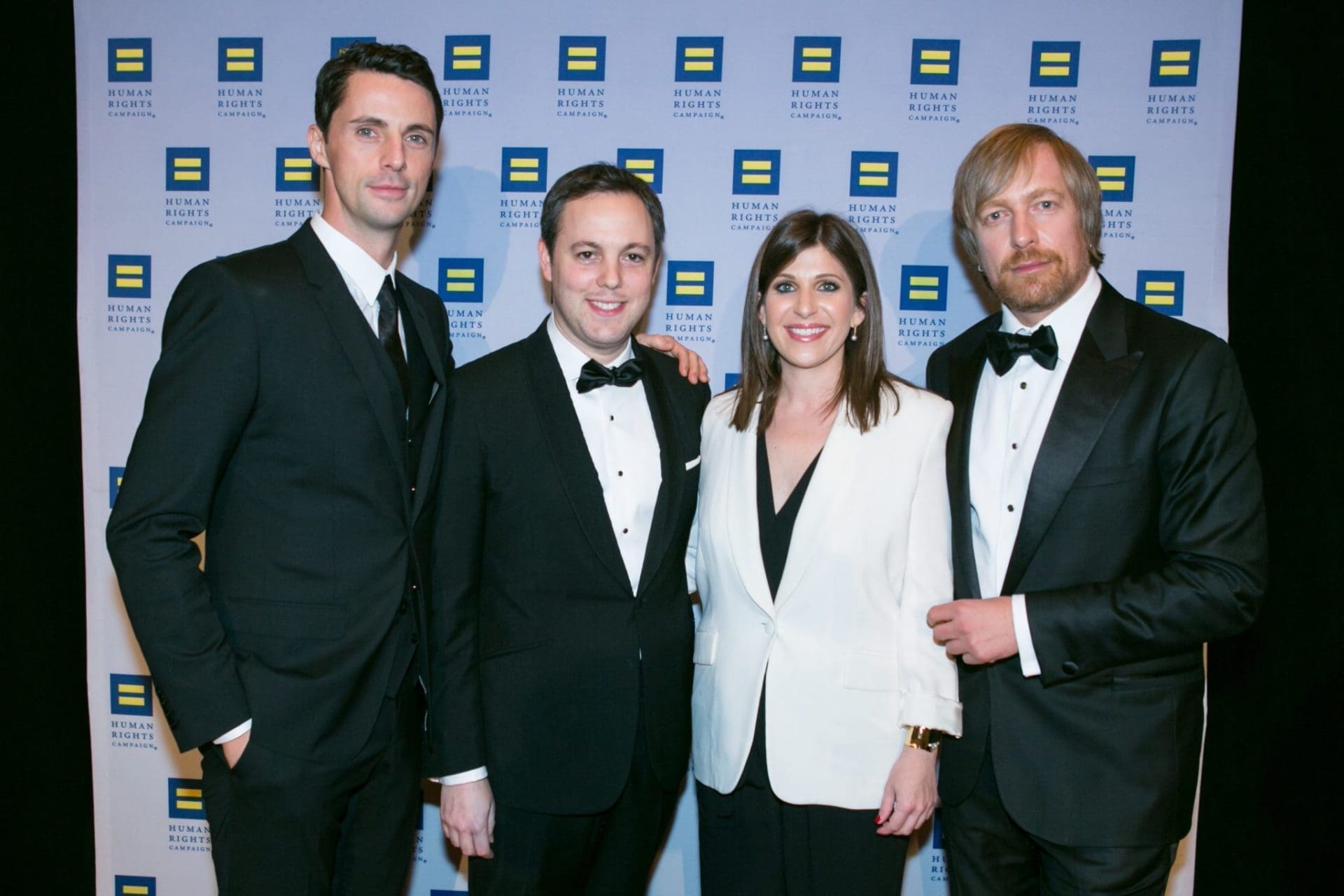 Joel Grey, who starred in the original production of Larry Kramer’s iconic play ‘The Normal Heart’, quoted Kramer’s play “Did you know that it was an openly gay Englishman who was as responsible as any man for winning the Second World War? His name was Alan Turing . . . Why don’t they teach any of this in the schools?” Joel went on to say, “We have come a long way but we must never forget our past, or our heroes. Today, Turing’s vital story is finally being told in the award-winning film, ‘The Imitation Game.'”

Director Morten Tyldum stated “The challenge of getting his life onto the big screen was so important to us all because, as Benedict mentioned, Alan was a man whose brilliant mind saved lives, and yet he endured terrible persecution because of his sexuality.”

Producer Nora Grossman was quoted saying, “Alan received apologies from the government and Queen decades after his death, but 49,000 others still have not had their names cleared.  The Advocate’s Matthew Breen, who’s here with us tonight, started a petition at Pardon49k.org calling for the pardon of all these men.”

Matthew Goode, who plays Hugh Alexander in the movie says, “Long before we shot the first scene or had page one of the script for The Imitation Game, Human Rights Campaign has been on the front lines for equality and gay rights for decades, so while we we want to thank you, of course, for tonight’s award – more importantly, we want to thank you for the work you all have done for so many years. I played just one role in this film, but the entire team behind THE IMITATION GAME, many of whom are on stage with me tonight, are incredibly moved and humbled to be receiving the Ally For Equality Award.”