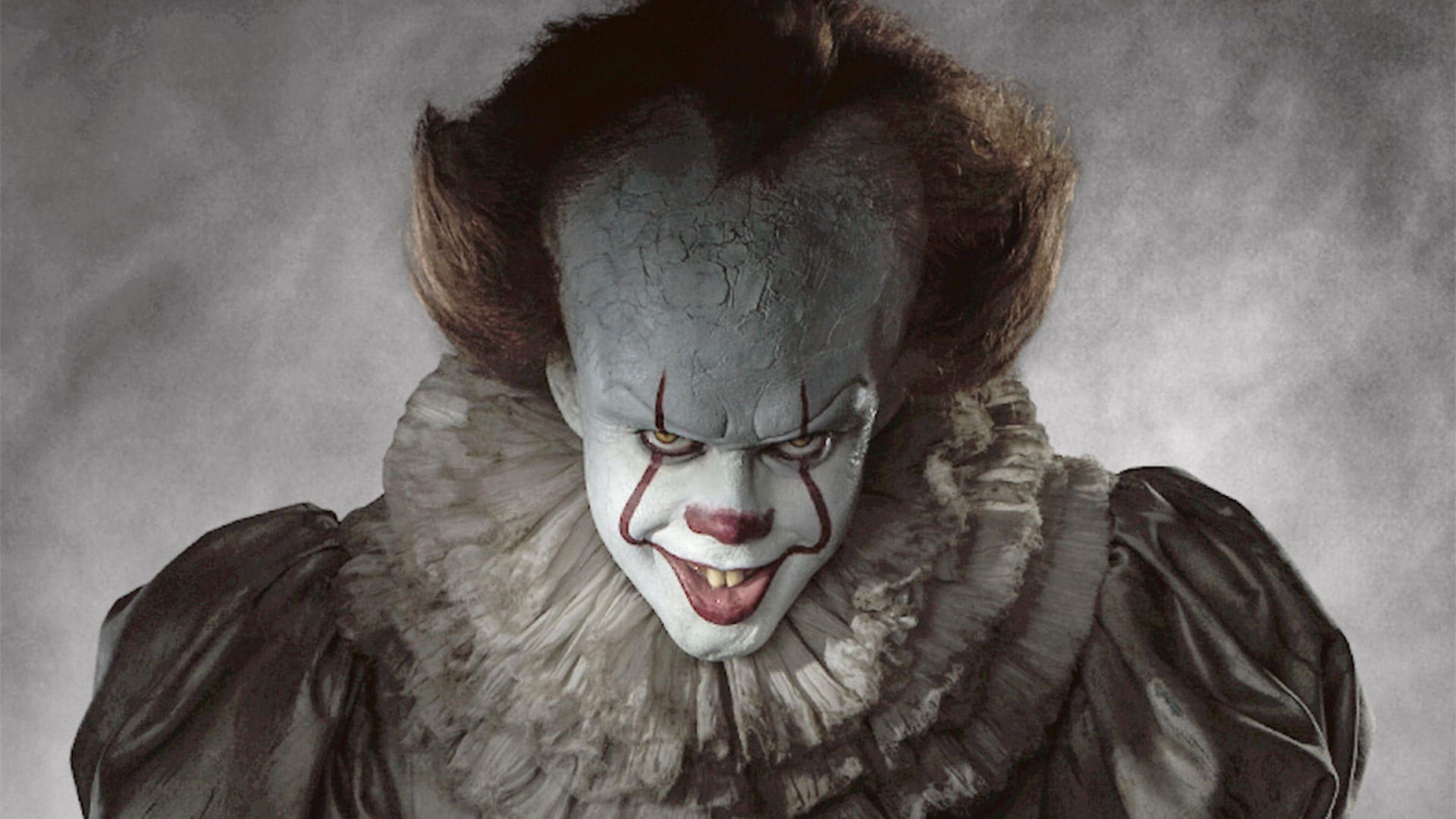 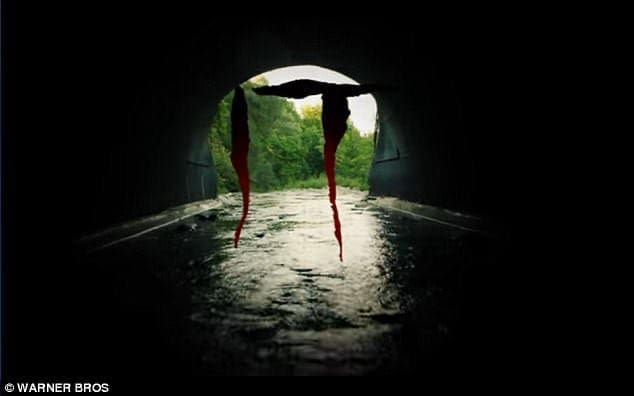 Stephen King films and stories have been around for decades.  The very first film to be made from his work was Carrie, a story that King’s wife rescued from the waste bin and encouraged him to finish.  It was directed by Brian De Palma and was brilliantly adapted and crafted.  Subsequent films have been hit or miss, based on which studio was involved and how much talent and effort they were willing to put towards it.

Noteworthy filmmakers such as John Carpenter, Rob Reiner, and Frank Darabont have all given their visual interpretation to his literary world of madness.  It is no small feat to transfer his unique stories onto film, let alone get the right actors to portray his characters, but occasionally a director and screenwriter will come along and hit the mark.  A casting director will find the right group of individuals who can bring these iconic roles to life on screen.  Any book to film adaptation will be scrutinized left and right no matter what, but if you can make the film enjoyable, and create characters that are faithful to their written counterparts, the audience will be almost entirely forgiving.

The Dark Tower came out last month and, although the acting and characters were done well, it suffered from not having enough room to explain itself.  Too many undeveloped moments and basically turning the whole film into a cliff notes version of the original material.  After 7 books, a comic book adaptation, and several short stories, you would expect better results.  It definitely lowered expectations for the next King adaptation, but not by much.  The IT novel is one of the most cherished, and to not deliver again so soon would be a terrible outcome.  The marketing has been terrific and I’ve seen interviews of the child actors interacting together. They have great chemistry and a fun sense of humour.  These kids above all else are the key to how successful this movie will become.

In IT, directed by Andy Muschietti, it’s 1989 and a kid named Bill (Jaeden Lieberher) is trying to overcome the loss of his younger brother Georgie, who went missing one stormy day.  Georgie was actually the beginning of several disappearances throughout the school year.  Bill becomes friends with several other kids just as school is about to end. One by one they all begin to have nightmarish encounters with a strange clown.  While the town’s grown-ups remain blissfully unaware or willfully ignorant of the situation at hand, the kids set out to uncover a centuries-old mystery that threatens the lives of every child in Derry.

Let’s get this out of the way.  The tv miniseries IT came out in 1990 and if you were about my age at the time, 9 or 10, you would have found it quite terrifying.  Suffice it to say the film does not hold up, with the exception of Tim Curry’s performance.  The second half, in particular, is very vanilla.  It doesn’t really grab you and the actors just move around like soap opera characters without any sincere depth.  It’s so saccharine and light-hearted that they played reruns of it on the Lifetime channel.  The IT story deserved a theatrical mulligan that could put more dimension into the characters and not shy away from the dark material.  I am relieved to say that 2017 IT gets the material and makes it sing brilliantly.

The story in this movie is so well executed.  It gives a decent amount of time to each of the main characters and makes them memorable.  It also puts you in the mindset of a child that is experiencing something horrific, whether it’s an overpowering bully or an evil circus entity.  The lack of empathy from the adults in this movie adds to the eerie atmosphere and makes you dread each scene’s new nightmare.  While the script might be a little too brisk with its suspenseful moments, it transitions between those moments with a sense of urgency and heightens the overall tension.

The cinematography is worth a mention because it gives the film scope and expands the world so it doesn’t feel like a confined movie set.  I can tell Derry is a small town, but the way it was shot made me feel like there was so much to explore.  Especially from a kid’s point of view.  Riding around on their bikes as they took in the scenery just brought me back to my youth and sucked me into the film even more.

Before I start comparing Pennywise performances, I want to talk about how amazing the Loser’s Club is, a nickname the characters give themselves, they have bullied outcasts with the burden of saving their little town and they are so fun to watch.  The group is comprised of Bill, Stanley (Wyatt Oleff), Eddie (Jack Dylan Grazer), Richie (Finn Wolfhard), Ben (Jeremy Ray Taylor), Beverly (Sophia Lillis), and Mike (Chosen Jacobs).  I was so impressed with how well these kids worked together and how their camaraderie jumped off the screen.

It was particularly fun to watch the interactions of the boys when Beverly entered the group.  The majority of the one-liners can be attributed to Richie, who uses humour as both an icebreaker and a security blanket.  One of my favourite characters was Eddie, who suffers from anything he can up with.  He can recite any number of diseases one can get just by going outside with astounding eloquence.  He’s like a little Monk.  Richie and Eddie are my favourites, but I adored every one of these kids and couldn’t get enough of them.  They are so talented and I can’t wait to see them in more projects.

Tim Curry has always been the benchmark Pennywise from which all imitators would attempt to emulate, but I suspect this newest incarnation from Bill Skarsgard will bring newfound appreciation for the character, or at least scare a lot of people.  While I found Curry’s performance to be frightening, I think Skarsgard adds another level to the character that wasn’t there.

Another element of unnerving mystery behind the makeup, if it is makeup.  Pennywise in the original miniseries was a monster, but he still felt human in his interactions with the kids and grownups.  A serial killer with supernatural powers.  2017 Pennywise is entirely different and almost feels like another creature trying to act human and not quite getting the mannerisms and speech right.  It has no problem communicating with a child, but any adult could see that something was very wrong with this clown.

IT is a well-made horror movie that will have you cheering on these kids as they battle with their otherworldly assailant.  The casting, editing, and music are superb.  The music, strangely enough, was composed by the same guy who did Annabelle: Creation, Benjamin Wallfisch.  It actually has a retro feel reminiscent of E.T. or some other fantastic 80’s film.  This group of kids will remind you of E.T., Goonies, Monster Squad, or Stranger Things, but it doesn’t rip off those other groups so much as pay homage. The directing and writing is what elevates every memorable scene, but the actors are the lynchpin that brings it all together.

Fear is the driving force of this movie, but it’s definitely more tense and fun than anything else.  There’s a lot of vulgar language from a bunch of kids, which is what kids do when parents aren’t around, plenty of frightening set pieces, and an emotional scene or two to bring it back to something real and tangible for the audience.  I recommend this to families that like to laugh and scream at the same time.  It may not be as scary as say Annabelle: Creation, but it does deliver in entertainment and will not disappoint.  The second half of this story is slated for 2019 and has more in store for these characters.  Until then I’ll just have to keep on floating.

Synopsis: A group of bullied kids bands together when a monster, taking the appearance of a clown, begins hunting children.

“You’re Not You” Movie Review