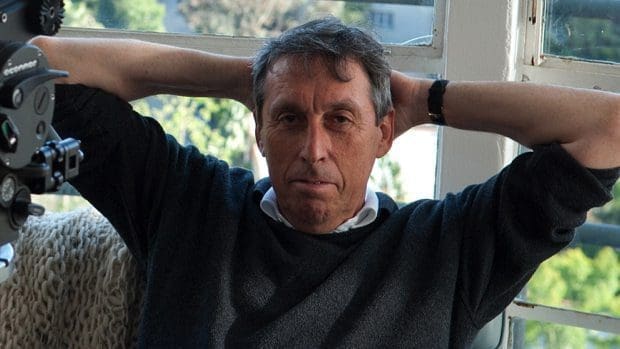 WASHINGTON D.C. – Ivan Reitman will receive the “CinemaCon® Lifetime Achievement Award” at this year’s CinemaCon, it was announced today by Mitch Neuhauser, Managing Director of CinemaCon. CinemaCon, the official convention of The National Association of Theatre Owners (NATO), will be held March 24 – 27, 2014 at Caesars Palace in Las Vegas. Reitman will be presented with this special honor at the “CinemaCon Big Screen Achievement Awards” ceremony to take place on Thursday evening, March 27, in The Colosseum at Caesars Palace. The Coca-Cola Company, the official presenting sponsor of CinemaCon, will host the final night gala awards program.

“A creative force behind some of the most successful and memorable comedies of our time, Ivan Reitman has entertained audiences around the world with his unforgettable work on film,” noted Neuhauser. “As a director and producer, Ivan Reitman has given the world such classics as ‘Animal House’, ‘Stripes, ‘Ghostbusters’, ‘Dave’, ‘Private Parts’, ‘I Love You Man’ and ‘Up In The Air.”  A master of comedy for all ages, CinemaCon is simply thrilled to be honoring this cinematic legend with its 2014 Lifetime Achievement Award.”

Reitman’s work can be seen this spring in “Draft Day,” which is set to be released by Summit Entertainment, a LIONSGATE company, on April 11, 2014. “Draft Day” is produced by Summit, OddLot Entertainment and the Montecito Picture Company.  On the day of the NFL Draft, general manager Sonny Weaver (Kevin Costner) has the opportunity to rebuild his team when he trades for the number one pick. He must quickly decide what he’s willing to sacrifice in pursuit of perfection as the lines between his personal and professional life become blurred on a life-changing day for a few hundred young men with dreams of playing in the NFL. Directed and produced by Ivan Reitman and written by Rajiv Joseph & Scott Rothman, “Draft Day” also stars Jennifer Garner, Denis Leary, Frank Langella, Sam Elliott, Sean Combs, Terry Crews, with Ellen Burstyn, and Chadwick Boseman.

Immigrating with his family from Czechoslovakia to Canada at the age of four, Reitman studied music at McMaster University before turning his talents to film and theater. Shortly after graduation Reitman produced a low budget horror comedy “Cannibal Girls,” followed by the live television show “Greed,” in which Dan Aykroyd served as its announcer. Reitman then moved to New York City and produced the Broadway hit “The Magic Show,” and continued to produce for the stage with the Off-Broadway hit “The National Lampoon Show,” where he brought together for the first time the then-unknown John Belushi, Gilda Radner, Bill Murray, Harold Ramis and Joe Flaherty, before returning to Broadway to produce the musical “Merlin.” Reitman then reapplied his talents to filmmaking when he joined forces with National Lampoon for “Animal House.” Following the success of that film Reitman continued his string of blockbusters with “Meatballs,” “Stripes,” the “Ghostbusters” series, “Dave,” “Twins,” “Junior,” and “Kindergarten Cop.”  Reitman’s list of producing credits include “Beethoven” and “Beethoven’s 2nd,” “The Late Shift,” “Private Parts,” “Space Jam,” “Road Trip,” “Old School,” “Hotel For Dogs,” the Academy Award® nominated film “Up in the Air,” and “Hitchcock,” among many others. He currently heads The Montecito Picture Company, a film and television production company, with partner Tom Pollock.