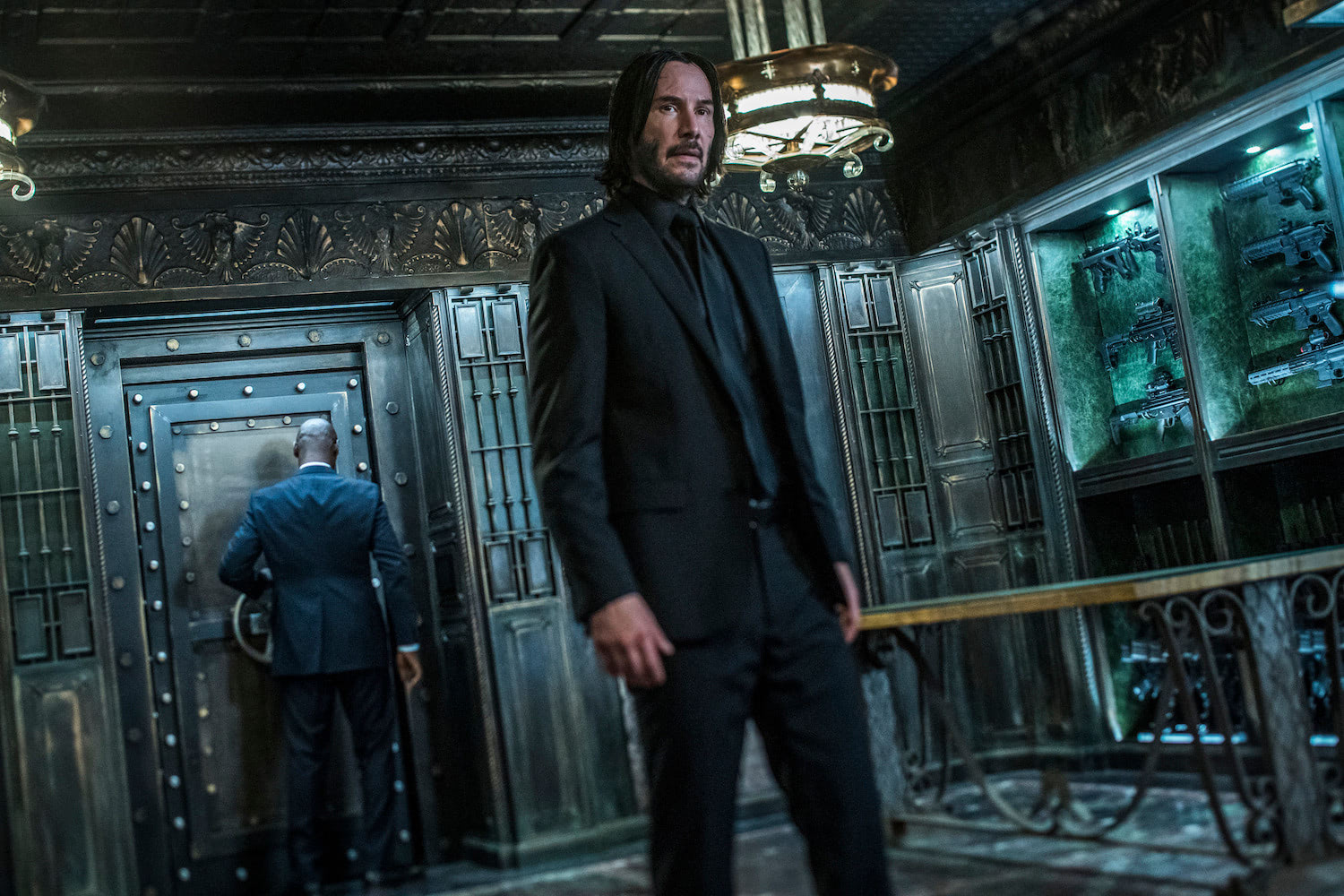 Super-assassin John Wick is back in John Wick: Chapter 3 – Parabellum and if you thought the first two chapters were action masterpieces, then you’re in for an adrenaline-fueled wake-up call. Returning to one of his most iconic roles, Keanu Reeves dials up the action to 11 from the beginning of the movie right up to its end, never letting up with an exception to a middling plot to carry the story along. Your adrenaline will still be pumping even after the 130 minutes run time and leave you exhausted yet yearning for the next chapter.

Picking up right after John Wick: Chapter 2, John has been declared “excommunicado” by the High Table which placed a massive $14 million dollar bounty on him as a result of killing High Table member Santino D’Antonio within the sanctuary of The Continental Hotel grounds. What follows is a dizzying array of over the top action set pieces that would excite even the most experienced action movie fan. The story suffers, however, attempting to delve deeper into the lore of this underworld but ultimately leaving you dumbfounded and wondering what just happened.

Parabellum is true to its title, with the quote “si vis pacem, para bellum”, (translation: ‘if you want peace, prepare for war’) prevalent to the overall theme of the movie. John is on the run and every assassin in the world is after him for a crack at the multi-million dollar bounty. Not one to back down, he fights back to earn his life and freedom again. Trying to make his way out of the states, he must confront his old mentor The Director (Anjelica Huston) to settle past debts. You get a glimpse of the life John once had where he was raised in this underground assassin training center. He then makes his way to Casablanca to reunite with an old acquaintance, Sofia (Halle Berry), who owes him a past favor which he asks her to fulfill to help him on his journey to freedom.

Meanwhile, returning favorites Winston (Ian McShane) and The Bowery King (Laurence Fishburne) must deal with the repercussions of their actions in the last chapter helping John Wick ultimately killing a High Table member. We get introduced to a new character named The Adjudicator (Asia Kate Dillon) – a representative of the High Table – who orders them both to relinquish their positions or face consequences. The Adjudicator also hires an expert assassin team lead by Zero (Mark Dacascos) to hunt down John as he makes his way back to the states for a final showdown to remove his bounty and earn his peace.

While the story does suffer from incoherent plotlines and an ending that’ll leave you a bit confused to what just had happened, the action sequences more than make up for it. It is well known the hand to hand combat and firearms training that Keanu Reeves went through to prepare for these movies and it continues to show in the well-choreographed scenes. Halle Berry also put in a ton of work to prep for the movie and she matches Keanu step for step. There’s an eye-popping battle where Halle Berry’s character Sofia and her two loyal dogs team up with John to fight their way out of a compound and suffice it to say, you can add this to one of the top gun fights ever filmed. Don’t go in looking for a well-written story as you will be disappointed. However, expect only nonstop, mindless fun.

Synopsis: Super-assassin John Wick is on the run after killing a member of the international assassin’s guild, and with a $14 million price tag on his head – he is the target of hit men and women everywhere.