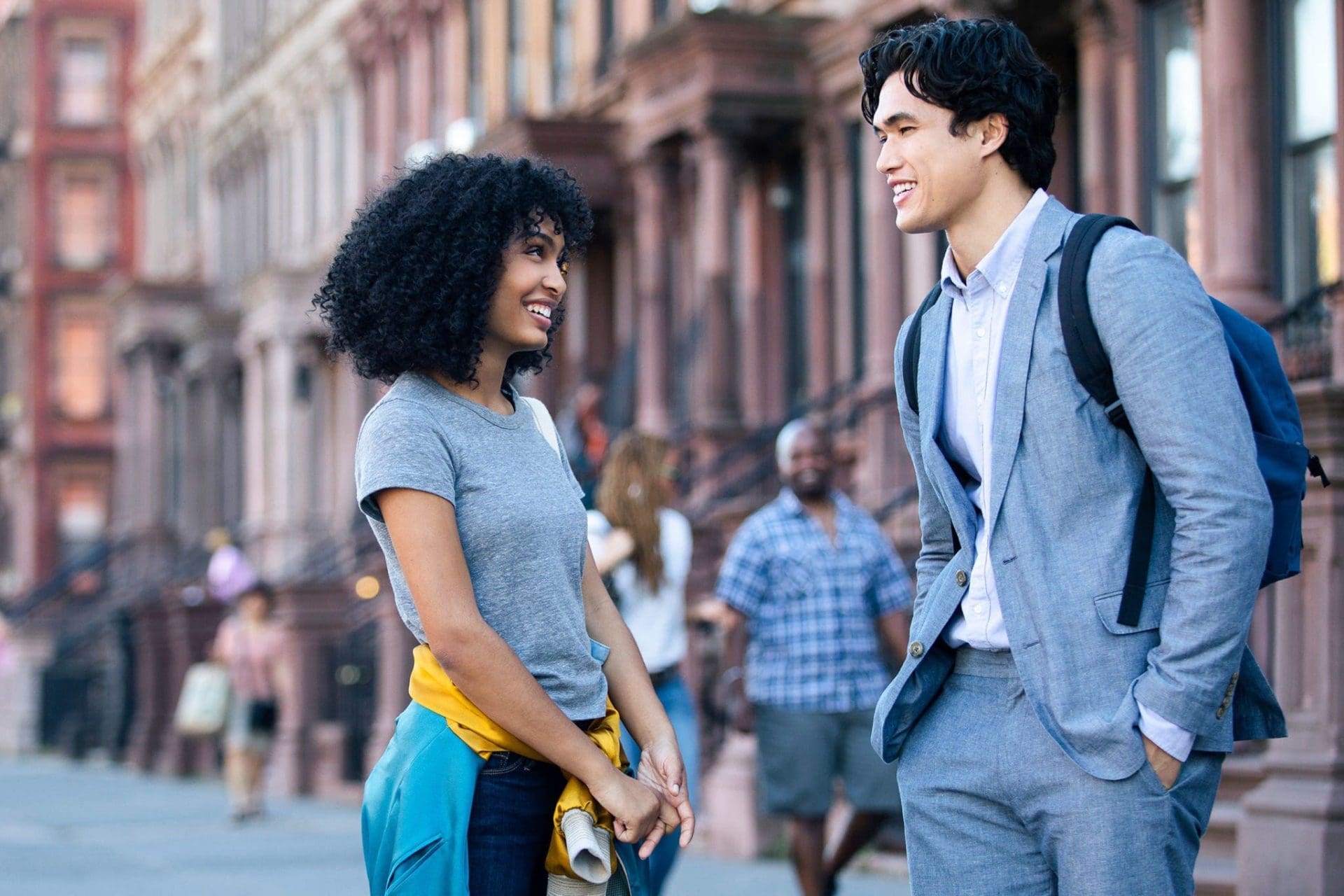 Very few romance films stray away from the tried and true formula that’s been in place for decades. Occasionally, the genre gets turned on its head with films such as Eternal Sunshine of the Spotless Mind, Silver Linings Playbook, or even Call Me by Your Name. The latest cinematic release in the romantic film genre is The Sun Is Also a Star, based on the novel of the same name. It feels as though the film tried to switch things up, but didn’t quite make it there and ends up falling short. Let’s take a closer look in our review of The Sun Is Also a Star.

The film has a compelling premise. Natasha Kingsley (Yara Shahidi) and her family will be deported in 24 hours. She’s on a desperate mission to find anyone who is willing to help her fight this and keep her family in the States. Daniel Bae (Charles Melton) is a second-generation Korean-American whose parents have great aspirations of Daniel becoming a doctor. While Daniel is on his way to a life-changing interview that could land him a spot at Dartmouth College, he comes across Natasha and it’s love at first sight.

Natasha is an extremely bright student who doesn’t believe in love and uses science to explain what people assume is love. When the two meet, Daniel is challenged with convincing Natasha to fall in love with him. The catch is that he only has the brief time she will be in the US. Not only is Daniel fighting against the scientific mind of Natasha, but also fighting the clock, his family, and his future. Natasha’s family is about to be deported, but it’s Daniel who must find his way throughout the film.

Helping Daniel are the 36 questions that lead to love, famously published in the New York Times back in early 2015. Daniel picks and chooses a few select questions from this article as the day progresses. It’s not quite science, but it does persuade Natasha to give him a shot.

With such an interesting premise as the backdrop for this romance film, it’s clear how this movie is more unique than one might expect. The main problem is that the two leads are simply not convincing. Shahidi and Melton deliver respectable performances when they’re focused on the individual problems of Natasha and Daniel respectively. You feel for Natasha and her desire to do anything she can to remain in the US, and it’s not difficult to relate to Daniel as he struggles with the demands of his family and his future. However, when the two shift focus to their budding romance, the connection just isn’t there.

The chemistry between Shahidi and Melton is nowhere to be found. As much as I cared about Natasha’s family staying in the US, I did not care if she ended up with Daniel. In fact, I found myself hoping they would not end up together simply for the sake of offering something that goes against the grain. As the hopeful couple traverses the streets of New York City, their feelings for one another do not become any more convincing.

Everything else about The Sun Is Also a Star is fantastic. The cinematography, soundtrack and editing are all top class. But when it comes to a romance film, if there’s no chemistry between the two leads, any other accolades for the film is inconsequential. If you’re looking for a romance film to start your summer, you could do far worse than The Sun Is Also a Star, but in the end, this film falls short of greatness.

About The Sun Is Also a Star

Synopsis: College-bound romantic Daniel Bae and Jamaica-born pragmatist Natasha Kingsley meet over one magical day amidst the fervor and flurry of New York City. With just hours left on the clock in what looks to be her last day in the U.S., Natasha is fighting against her family’s deportation just as fiercely as she’s fighting her growing feelings for Daniel.