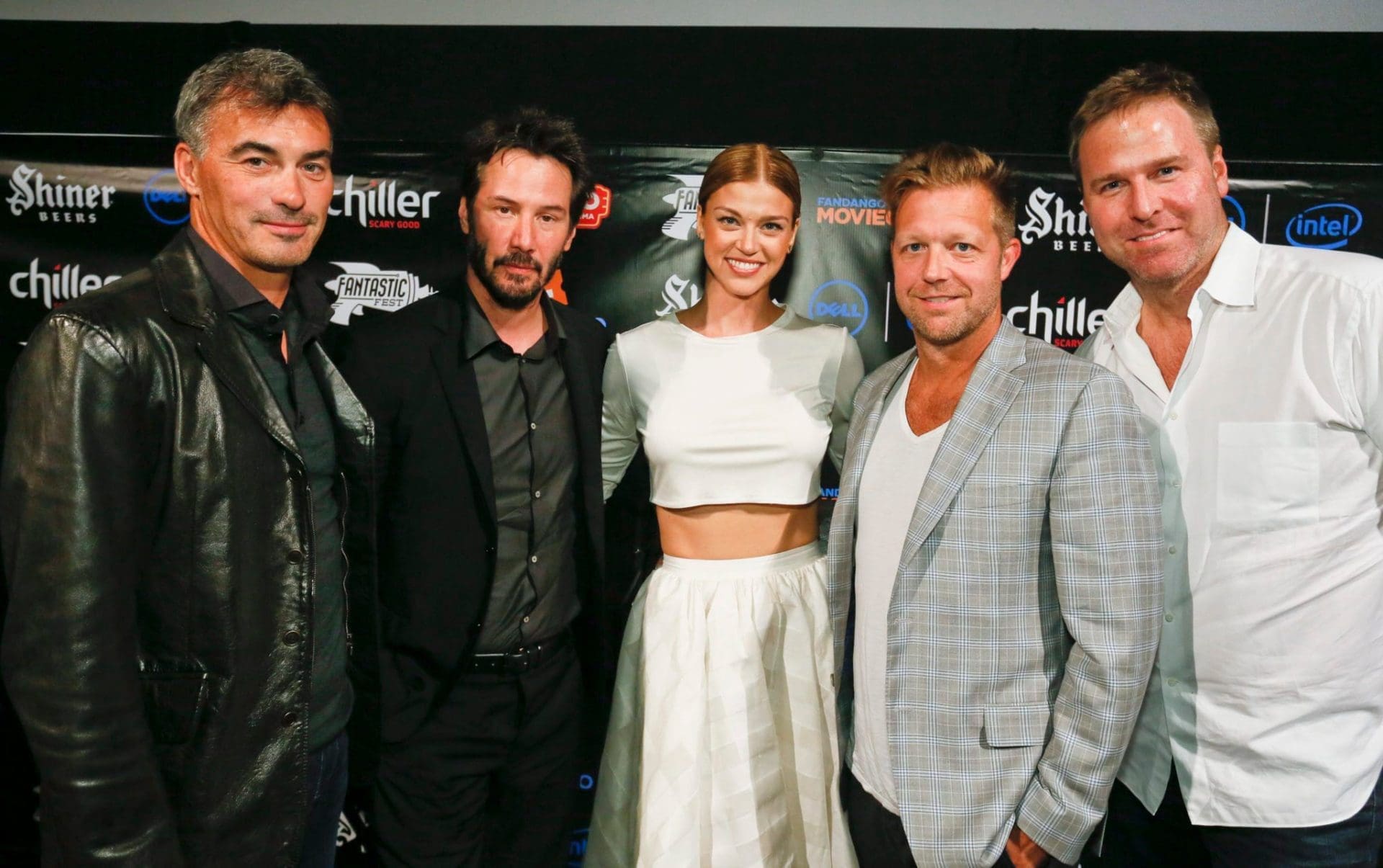 JOHN WICK took over Fantastic Fest this past weekend, with the festival adding two additional theaters to accommodate the sold-out crowds! This insanely entertaining action-thriller ramped up the excitement in audiences, receiving rave reviews across the board. To celebrate this incredible debut we’re pleased to share with you an inside look at the Red Carpet Gala from the JOHN WICK Fantastic Fest Screenings, including images and never before seen interviews with stars Keanu Reeves and Adrianne Palicki, as well as the filmmaking team of Chad Stahelski, David Leitch and Basil Iwanyk! Check out the exclusive images and red carpet interviews and be sure to catch JOHN WICK when it hits theaters on October 24th!

This October, get into the action as Keanu Reeves seeks vengeance in the compelling action-thriller, JOHN WICK, by filmmakers Chad Stahelski and David Leitch. Check out the gripping NEW teaser poster below to prepare for bullet-riddled scenes with full throttle mayhem when this film hits theaters OCTOBER 24, 2014.

Synopsis:  An ex-hitman comes out of retirement to track down the gangsters that took everything from him. With New York City as his bullet-riddled playground, JOHN WICK (Keanu Reeves) is a fresh and stylized take on the “assassin genre”.

A No-Strings-Attached Interview with “Weird Al” Yankovic (About His Upcoming Strings...