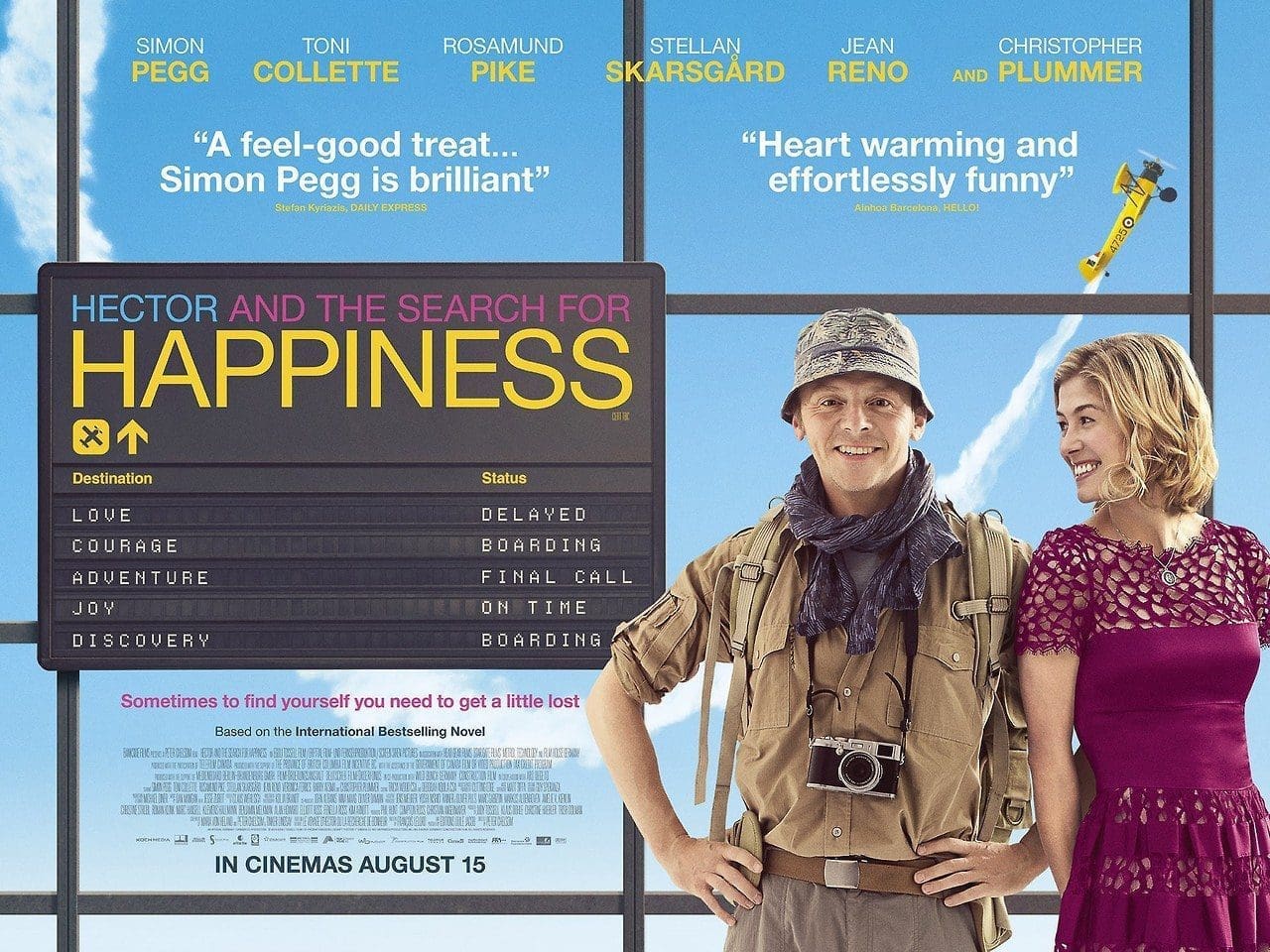 Pegg’s latest is not a comedy like most of his other movies. Instead, Hector and the Search for Happiness is exactly what the title proclaims. Simon Pegg plays the lead role of Hector as he embarks on a worldwide journey to find happiness. While the end of the film isn’t quite as satisfying as director Peter Chelsom would like it to be, it does wrap up everything in a nice little bow.

When the film begins, it seems as though you’ve just started watching a typical Simon Pegg comedy. It’s not quite as witty as Shaun of the Dead, but it definitely feels more like a comedy than anything else. However, once Hector begins his worldwide journey, the film quickly turns into a drama with bits of comedy thrown in to keep things lively.

While the film is clearly about the search for happiness, it’s not as simple as it may sound. Many great people have made historical quotes stating that you can’t find true happiness until you’ve experienced the opposite. Essentially, you can’t be happy until you’ve been sad. Hector and the Search for Happiness takes this to heart as Hector finds himself thrust into situations better suited for a film about terrorism. Hector reaches the lowest point any human can reach, and it makes the movie far more enjoyable and authentic.

Of course, Hector and the Search for Happiness is still a movie, and it’s a Simon Pegg movie no less. While things do get dark, the frequent and well-timed bits of comedy help bring up the dark moments and keep the audience engaged and wondering where the film will go next. Things aren’t perfect, as many of the devices needed to advance the story seem to just fall into place, but it’s rare to find a film that doesn’t suffer from that issue.

After everything Hector is put through over the course of the film, the ending just doesn’t seem satisfying. Everything gets wrapped up nicely and it just feels as though more needed to happen to get to that point. The last 10 minutes of the film are just too easy for what Hector and the audience have gone through over the past two hours. Still, Hector and the Search for Happiness is one of Pegg’s better dramas, and should be enjoyable for any fans of the actor.

Hector and the Search for Happiness:[usr 3.5]

About Hector and the Search for Happiness

Synopsis: A psychiatrist searches the globe to find the secret of happiness.