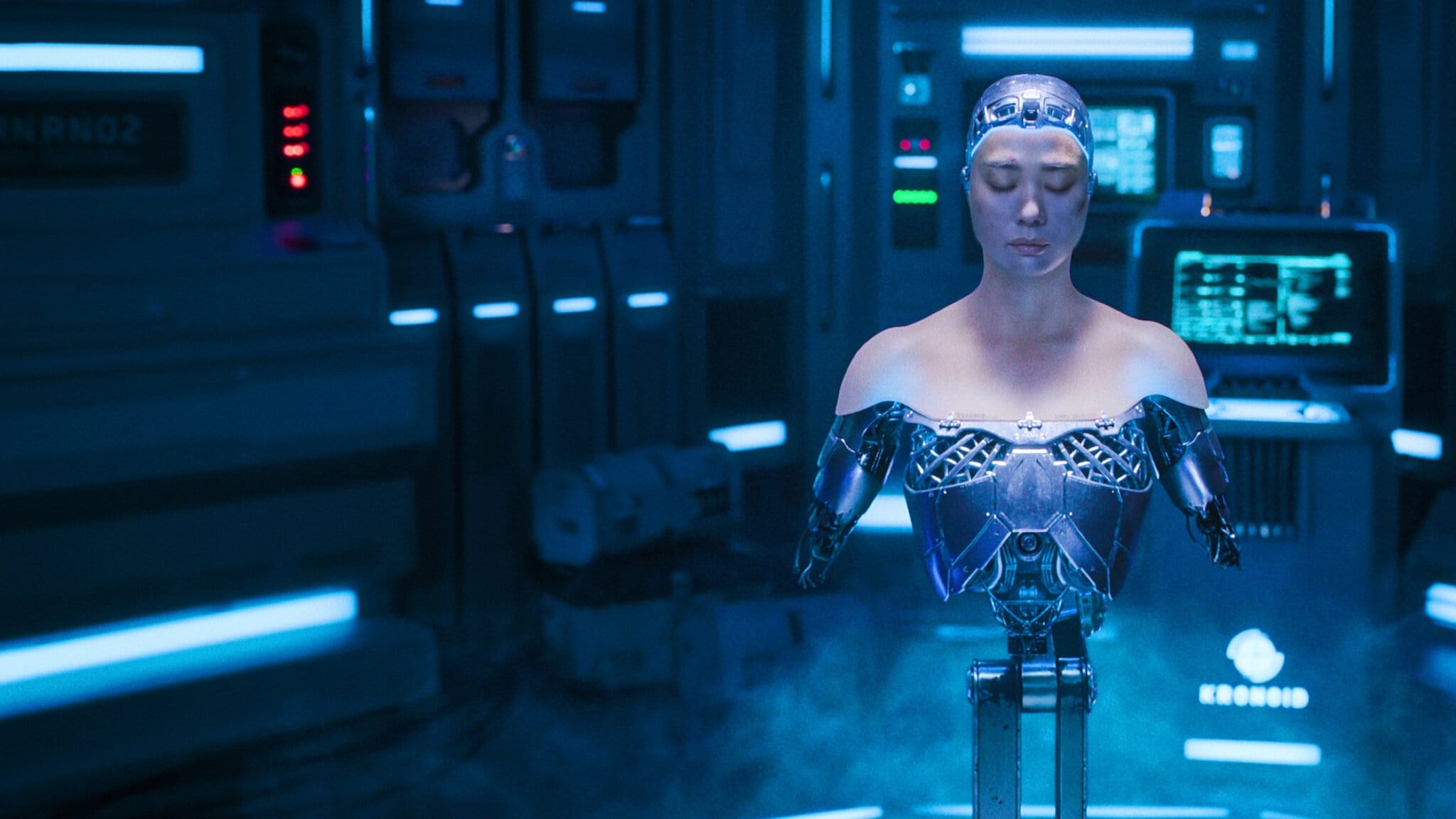 Netflix has become a primary destination for foreign content, especially from South Korea and Japan. Everything from Squid Game to Hellbound to Alice in Borderland has been lighting up the Netflix top 10 over the last few years. Now, Yeon Sang-ho, the writer and director of Train to Busan and Hellbound is back with JUNG_E, a futuristic sci-fi tale that is deeper than the trailers make it out to be.

If you watch any of the trailers for JUNG_E, you might think it’s about fighting a future war with a new combat AI aptly named Jung_E ((Kim Hyun-joo). However, that’s not actually what the movie focuses on. The general plot does see Jung_E as a former combat specialist whose mind has been copied for use in the current war, but the story is really about her daughter, Seohyun, played by the late Kang Soo-yeon, and her struggle with her mother’s legacy, and how it’s used in the future.

The visual effects in JUNG_E are some of the best we’ve seen on Netflix, showing a significant improvement from previous Netflix films. While the story takes some time to pick up, the effects help to keep the viewer entertained and engaged. Sang-Hoon (Ryu Kyung-soo) is in charge of the division creating Jung_E, and serves as comic relief, but despite his best efforts the contrast between the humor and the serious nature of the plot can come off a bit jarring at times.

By the end of the movie, the war is no longer important. This is a film about family, and the love between a mother and daughter. It’s a deeply emotional journey for the characters and the audience, but it does take its time to get to the emotional heart of the film, which is likely to turn off some viewers hoping for something more.

Most of the characters in JUNG_E are ancillary and don’t add anything of significance to the plot. The film is squarely focused on the mother-daughter relationship and is very relatable despite the futuristic backdrop. It’s the heart and soul of JUNG_E, and it works well once the film starts to focus on that relationship instead of the background war.

Clocking in at a mere 99 minutes, JUNG_E feels much longer due to the slow start. You keep waiting for the film to get to the war, and by the time you realize the war is never coming, the movie is almost over. This is more of an issue with the marketing rather than the film itself. If you go in blind it’s a much better experience, but it’s still a quality film despite the minor bait and switch.

Netflix has had issues with feature films falling short of expectations. Aside from the award season films, it’s rare to find Netflix movies that are anything more than background noise. JUNG_E starts to break out of that stigma, but it’s not as compelling as Yeon Sang-ho’s other productions. It’s still worth a watch, especially if you’re a fan of Yeon Sang-ho, but it’s not the movie most people will be expecting after watching the trailer.

Synopsis: On an uninhabitable 22nd-century Earth, the outcome of a civil war hinges on cloning the brain of an elite soldier to create a robot mercenary.