Little Monsters, rejoice; Lady Gaga has returned to dance music with an interstellar bang and more star power than a supernova.

Gaga’s sixth studio album, and sixth album to debut at number one in the US, Chromatica serves a level of polish that feels refreshing in a genre often dominated by new artists. Longtime fans of Lady Gaga can revel in her return to dance floor beats after her work in many other genres on recent albums. But the influence her catalog brings Chromatica is undeniable. From the orchestral interludes and soaring vocals to its deeply personal lyrics and subject matter, Chromatica feels like a capstone to Lady Gaga’s journey so far.

The first of three orchestral movements dividing the album, Chromatica I opens with an almost ominous feel. It’s string-heavy composition and unexpected turns lend to the feeling of anticipation. It’s clear from the start we’re meant to feel transported, a theme continued in the proper opening track, “Alice.” “My name isn’t Alice / But I’ll keep looking for Wonderland,” floats Gaga’s airy soprano as the late ‘90s/early ’00s dance beat of my dreams begins pumping. The impulse to dance throughout the album is welcome, as it’s clear the topics of each song will take some working out.

The first act also includes lead single “Stupid Love” as well as the Arianna Grande feature “Rain On Me.” Both tracks have gotten similarly styled music videos set in Gaga’s futurescape, Chromatica. Cyberpunk aesthetics and epic showdowns abound on the post-apocalyptic planet, while the dance-pop beats of each track keep the album’s energy building. “Fun Tonight,” a Eurodance song with a great beat drop, rounds out the act on a more melancholy note. Perfectly encapsulating the feeling of a night out with a partner you know you’re going to break up with, Gaga’s vocals ring with emotion when she sings “Yeah, I can see it in your face / You don’t think I’ve pulled my weight / Maybe it’s time for us to say goodbye.”

The second instrumental movement, Chromatica II, transitions us directly into the album’s frenzied middle section. The slow, swelling strings swerve directly into “911,” a track that sees Lady Gaga discuss her mental health and antipsychotic medication directly. Gaga has said she has no desire to “glamorize anguish” or drug use. Regardless, the track is incredibly catchy with its techno funk beats and relatable chorus.

Every track in Chromatica’s second act feels high-energy and highly danceable. Tracks like “Plastic Doll” and “Enigma” see Gaga explore the intersection of who she is as an individual and who she is to an industry. In “Plastic Doll,” an upbeat dance track with some epic falsetto, the lyrics see Gaga addressing her status within her fame, often being dressed up for someone else’s needs, but equally, she begs not to be treated that way, particularly in her personal life. Perhaps a flip side to this is the message of “Enigma,” the anthem-y dance-pop track sharing the name of Lady Gaga’s Las Vegas residency. In it, we see an unequivocal embrace of Gaga’s ability to transform herself, personally and artistically.

I would be remiss if I didn’t mention “Sour Candy,” the multilingual dance track featuring k-pop stars, Blackpink. For fans of the idol group, this track is a welcome treat as new music from the act has been scarce over the past year. Debuting at number 33 on the Billboard Hot 100, this collaboration marks Blackpink’s first top 40 hits in the US. Blending Gaga’s artistic perspective with perfectly produced Korean pop, my fingers are crossed we’ll get an epic music video for this collaboration.

Rounding out the second act is “Replay.” Aptly named, as after its preceding tracks, “Replay” feels much like staying out on the dance floor after maybe one too many. A carousel of deep beats and high synths spins us around Gaga’s abstraction of what it feels like to have her PTSD triggered. “Psychologically, it’s something that I can’t explain / Scratch my nails into the dirt to pull me out okay / Does it matter, does it matter? Damage is done,” she writes in a ringing bridge.

As “Replay” drops off suddenly into Chromatica III, the triumphant score ushers us into what functions more as a coda than a full third act. But just as every good story is made better by a satisfying epilogue, the final three tracks of Chromatica are some of the most gratifying. “Sine from Above,” Gaga’s second studio collaboration with friend and mentor Elton John, is a heady electronica trip easily playable at both an ecstatics dance session or a European nightclub.

Gaga sings about her relationship with music and creativity. Elton John’s vocals are smooth and bring the track a richness. The last thirty seconds, however, are chaotic and out-of-place, failing to provide a transition into “1000 Doves.” A slightly, very slightly, downtempo trance track, ‘Doves’ feels like a letter written directly to fans. In it, Gaga vulnerably calls for help but similarly offers comfort. It’s a promise of mutual support and highlights the interdependence of an artist and their audience.

“Babylon” closes out the album and may actually be the most fun song yet. Retro without feeling dated, “Babylon” sees Lady Gaga enjoying having conquered her fixation on gossip, a staple in the music industry, and popular topic of her work since The Fame. The saxophone line is surprising, the piano is driving and the track is full of small touches that make it perfect for humid summer nights. Hopefully, this is a preview of what we can expect from Lady Gaga in the future.

The Future is Bright for Gaga

While previous Lady Gaga albums like Joanne and her work on A Star is Born have given us a raw, acoustic look at her undeniable talent, Chromatica feels uniquely authentic. Songs like Enigma and Free Woman see Gaga exploring who she is, and isn’t. 911 and Replay tackle mental health head-on. But every track, whether happy or sad, empowering or heartbreaking, is joyous in its celebration of the music itself. Rather than ignoring life’s challenges, or letting them consume her, Gaga seems to square up to them in her art. She stands face-to-face with herself throughout Chromatica and comes out a winner each time. 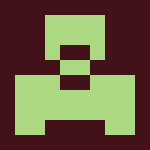